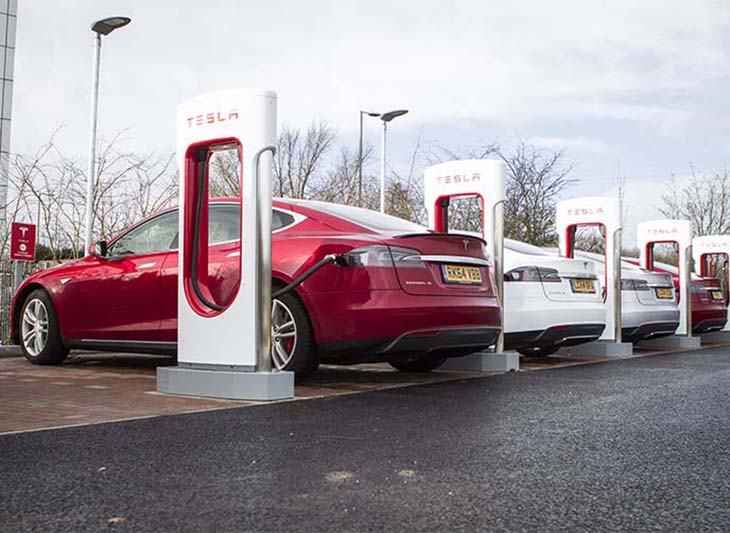 Are electric cars the answers to our problems?

Are electric cars the answers to our problems?

Global warming and climate change have been topics of concern for the past 50 years, however it’s only in the past decade that we’re fully beginning to understand the extent of the damage we’re doing to our planet, and our population. Car emissions are of course a major contributor to these issues, and manufacturers are now facing increasing pressure from the government to ensure their vehicles are meeting the latest, strict European Emission Standards.

Over the past four years the demand for electric cars has risen significantly, with registrations increasing from around 3,500 in 2013, to almost 119,000 in 2017. Yet despite the rise in EV owners, they contribute to just 5.6% of the UK car market, with the majority of these vehicles being plug in-hybrids, as opposed to the full electric models.

So, do we need to be growing the EV market to save our planet?

EVs are proven to produce lower CO2 emissions than even the most efficient combustion engines. However, when considering the LCA (Life Cycle Analysis) of an EV there are certain factors which have raised questions as to whether or not they are actually a “greener” alternative.

A comparison in the study revealed that the proportion of emissions produced in the manufacturing process for a standard gasoline vehicle was around 23% (5.6 tonnes CO2e), compared with a startling 46% (8.8 tonnes CO2e) from that of an electric vehicle.

While it’s reassuring that the overall CO2 emissions of EVs are lower, their high CO2 emissions during production is worrying. However, there’s promising evidence to suggest that the sustainability of the battery production process will be improved thanks to the development of the recycling industry for EV batteries and the use of renewable electricity, which is thought to reduce the environmental impacts of battery production by 65%.

In similar studies, electricity grids providing power for EVs also prove to be adding to the production of green-house gases.

Further investigation has shown that when it comes to energy production, even EVs in European countries with the largest carbon footprint such as Germany and Poland, still have lower CO2 emissions over their lifetime than diesel engines. Furthermore, there’s now plenty of opportunity for energy production to be improved thanks to the wide range of sustainable energy sources now available.

Recent studies have shown the effects that air pollution is having on the population and the results are quite shocking; linking CO2 emissions to illnesses including cancer, asthma and heart disease, which are shortening our life span significantly.

Health experts measure DALY (Disability Adjusted Life Years’) to determine the long-term health impacts of a particular cause, in this instance, breathing CO2 emissions. One DALY equates to the loss of one year of “healthy life”, and reassuringly, studies reveal that the DALY of electric vehicles is eight times better than a recent Euro 6 diesel vehicle when it comes to impacting on human health, even when taking into account abrasion and emissions from electricity generation.

If EVs are to be truly sustainable, its important to address the materials used for their production, which include a number of Rare Earth Elements (REE). These elements are part of a group of 17 chemical elements which can only be obtained in small amounts from the earths’ crust. There’s concern therefore, that an increased demand for electric vehicles will be met with a shortage in the supply of these valuable elements.

However, there are already alternative resources emerging to replace these Rare Earth Elements and manufactures including Renault, Tesla and Daimler are already working to develop models which don’t require the use of REEs.

Improving the recycling chain of batteries will also help to provide a solution and once battery EVs become more established in the market the recycling industry is sure to kick in with even greater force.

Despite the sustainability challenges the EV market faces, there is plenty of evidence to suggest EVs can deliver a greener alternative to standard diesel and petrol engines, which is essential for tackling air pollution.

This year we are anticipating the release of a whole fleet of fully-electric vehicles from manufacturers including Jaguar, Hyundai, Audi and Mercedes-Benz - and it’s not stopping there.

As many as 80 battery electric models have been pre-announced, expecting to hit the market by 2025. The government are also providing a discount on electric vehicles for buyers, in an attempt to boost the market which means we are certainly likely to see a rise in EV demand over the next decade.

Get Your Electric Vehicle Today

If this article has sparked your interest and you'd like to upgrade to a new electric vehicle, apply online today and we'll work with you to get you into a car you love!

With exceptional deals and flexible payment options, there has never been a better time to upgrade your car!