Beauty And The Breakdowns

Beauty And The Breakdowns

I’ve never owned an Aston Martin but as a motoring journalist I’ve been lucky enough to drive every new model the company has produced for the past dozen years. So what do I think of when I think of Aston Martin? Cruising the Croisette in Cannes with the roof down? Spearing through Glen Coe at midnight and hearing the V12’s banshee wail bounce off the mountainsides? 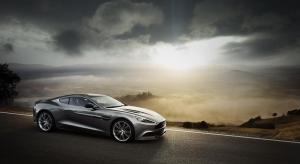 No, though I’ve done both of those. Instead, I think about breaking down. There was the Vanquish whose gearbox let go in Surrey. The DB9 whose engine management threw a fit on Italian autostrada just after I’d finished a comparison test against a Ferrari, but before I could collect the girlfriend I’d flown in from the UK for a dirty weekend: the breakdown service found us a Renault Kangoo instead, which didn’t have quite the same effect. There was the seventies V8 – an old car, admittedly, but probably the best example in the country – that died on the wrong side of a blind bend on a B-road in the dark and the pouring rain, requiring me and a (different) girlfriend to push it to safety.

That one nearly gave me a breakdown. But in some respects I got off lightly. A friend had to abandon his test of an early DB7 when he noticed the back end was on fire; the poor car burnt out by the side of the track.

I don’t mean to disparage Aston Martins. They have a beauty and character other marques sorely lack. But – like most other supercars – they are very far from perfect. In their centenary year you’re going to hear a lot of gushing tributes and the usual endless cliched Bond references. A reality check is required. Of course they sound great and go hard but the ride can be hard too, the steering nervous and the transmissions truculent. They are seldom the best car in their class to drive, and an acquired taste. 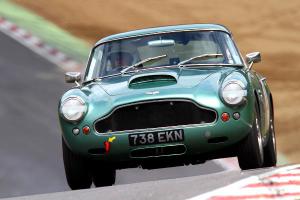 All of Aston’s rivals are now owned by global carmaking conglomerates whose shared engineering resources mean low-volume supercars can be as reliable as a Golf. Only Aston stands alone, and its entire range of cars – bar the bizarre, tiny, Toyota-based Cygnet and the ultra-low volume One-77 – is derived from that misbehaving DB9 of 2004. Even a supposed expert like me struggles to tell them apart, and I just turned down the chance to drive the ‘new’ Vanquish because I couldn’t really see what was new.

Building entirely new models unaided is Aston’s biggest challenge. It’s been challenged before: the firm seems to exist in a state of permanent financial danger. It built just 46 cars in 1992, sustained only by the insane largesse of the Sultan of Brunei, spiking up to 7000 cars in 2007, and crashing back to half that as the financial crisis struck. Further tough times might lie ahead. But if you find a Lamborghini built by Audi just too boring, and prefer your supercars with character and an old-school sense of slight financial and mechanical peril, maybe an Aston Martin is now the only choice.