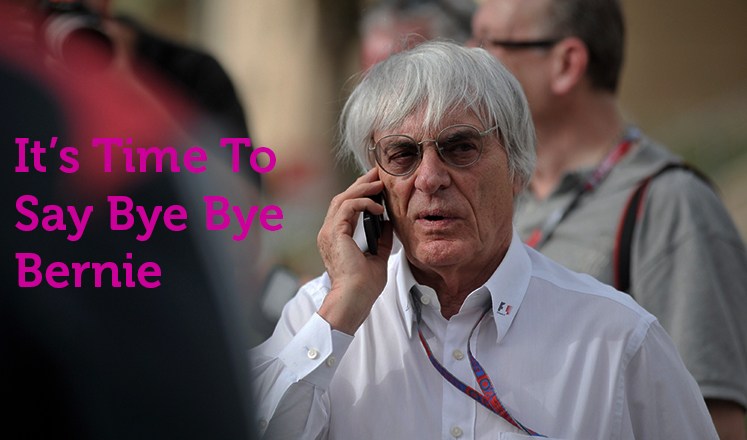 With only the first month of 2017 under its belt, the world of Formula One has already experienced an unexpected power shift, as F1 chief executive Bernie Ecclestone finds himself replaced.

It was announced last week that the legendary F1 boss’s infamous reign ended abruptly as he appears to have been outmanoeuvred in the struggle for power by American mogul Chase Carey. Despite his 40-year rule over the iconic motorsport, Bernie, aged 86, had no plans of stepping down from the role, and does not appear to have taken his axing lightly.

When interviewed by German publication ‘Auto, Motor and Sport’, the F1 titan said “I was deposed today. This is official, I do not run the company anymore.” Sensing a slight hint of sour grapes, but this is of course to be expected, especially when Bernie is renowned for saying just what he thinks.

However, Bernie will remain part of the F1 family, taking the role of chairman emeritus, as what is Formula One without the notoriously controversial Bernie Ecclestone?

At Creditplus, we have decided to take a walk down memory lane and take a look at the controversial life of the renowned Formula 1 mogul.

Bernie Ecclestone was born in St Peter, South Elmham, Suffolk on the 28 October 1930, before moving to Kent with his family in 1938. Leaving school at the age of 16, Bernie began working at a local gasworks, whilst expressing early entrepreneurial flare buying and selling motorbike parts in his free time.

Despite early racing interest and participation in 1949, Ecclestone was forced to put racing on the back burner due to numerous accidents. However, soon after, the beginnings of the Ecclestone empire were born in the form of ‘Compton & Ecclestone’. Starting up the motorcycle business with friend Fred Compton, Compton & Ecclestone eventually went on to become one of the UK’s biggest motorcycle dealerships.

Making a return to racing in 1957, Bernie became the manager of Welsh driver Stuart Lewis-Evans, buying the F1 team Connaught which had been struggling throughout the previous season. However, his return to Formula One was short lived. During the Moroccan Grand Prix Lewis-Evans was involved in a tragic crash, suffering horrific and eventually fatal injuries. The trauma caused by this accident meant that Bernie once again turned his back on the sport.

However, in 1970, Bernie re-entered the world of F1 by managing the successful Lotus Formula Two team alongside Graham Hill and Jochen Rindt. However, this stint came to a premature end when Rindt tragically passed away during the 1970 World Championship. 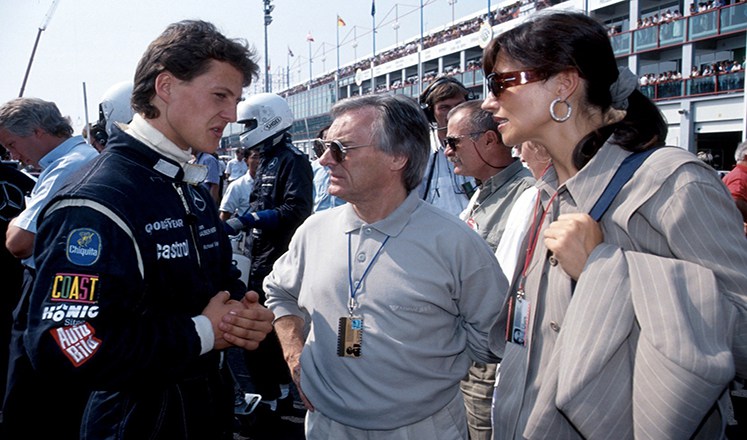 Despite the previous struggles and tragedies that Bernie experienced during his early Formula One years, his determination and savvy business skills eventually came into fruition.

After purchasing the F1 team, Brabham, and experiencing considerable success, Bernie became the co-founder of the Formula One Constructors Association (FOCA) in 1974, becoming chief executive in 1978. Alongside media mogul Max Mosely, Bernie could gain increasing control of Formula One management and finances.

However, Bernie’s awareness of the lucrative potential of television coverage was what fundamentally drove Formula One to become one of the most watched sport in the world. Bernie’s plan of a global F1 take over were put into action when he unified the F1 teams, attaining global TV rights and creating Formula One Promotions and Administration (FOPA), and splitting TV revenue between all teams, the FIA and FOPA. In turn, FOPA would provide the prize money for the Formula One series, and allowing Formula One to become the media juggernaut that it is today.

Not only did this line the pockets of Bernie Ecclestone, it also meant that teams could make huge sums of money once they were broadcast across the world. Team sponsors were willing to pay vast sums of money to have their brand represented worldwide, and when F1 teams became aware of this, they never looked back.

In 1995, Ecclestone’s power within Formula One was consolidated and amplified after signing a deal which gave him the soul commercial rights to the sport on a 15-year lease, which was then renewed in 2000. These deals made the F1 boss a formidable multi-billionaire, allowing him to propel the motorsport into the lavish and prestige sport that it is today. 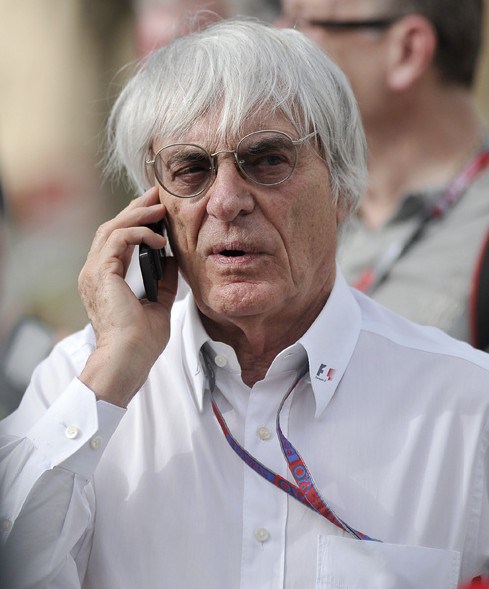 Bernie Ecclestone’s reign as F1 boss has been full of controversies and scandals, with his defiant and provocative views often causing a stir with media and public alike. 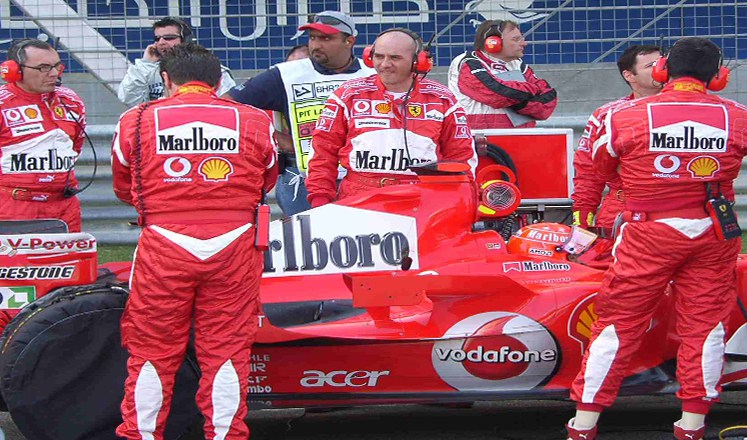 One notable controversy was during 1997, when Ecclestone became embroiled in a political frenzy due to the Labour Party’s tobacco sponsorship policy. Ahead of Labours 1997 General Election victory, the party had vowed to put a stop to the advertisement of tobacco, which would have been a blow to F1 sponsorship with the majority of teams showcasing tobacco branding. Ecclestone and Max Mosely, both Labour Party donors, appealed this and in October 1997 met with Blair to discuss the issue.

As a result of this meeting, on 4 November 1997, the Minister for Public Health Tessa Jowell, who had previously been extremely anti-tobacco, argued in Brussels to exclude Formula One in the ban on tobacco advertising. This led to backlash from the media, leading to the public questioning whether Ecclestone had donated a sum to bribe the Labour Party, and it was eventually revealed that Ecclestone had donated £1 million in the January of 1997. Despite attempting to cover up the obvious scandal by stating the decision was made due to fears of a potential loss of trade and industry, it was eventually revealed that Blair had made the decision after meeting with Ecclestone and Mosley.

Although Bernie got his way, it highlighted to the public that the F1 boss was a powerful force that was willing to abuse his power and wealth to obtain his objectives.

Another source of controversy appears to be Bernie’s views of women in the world of motorsport, with his cutting comments ruffling quite a few feathers across the world.

During 2005, whilst talking about IndyCar racer Danica Patrick, Bernie was quoted saying “You know I’ve got one of those wonderful ideas…Women should be dressed in white like all other domestic appliances.” Firstly, you would struggle to find anyone who appreciates being compared to a fridge for obvious reasons, but unfortunately this flippant comment also highlighted the unwarranted sexism that can be found throughout much of the sporting world.

Although Bernie apologised for this dismissive viewpoint that he expressed, his dangerous way with words reappeared in 2015. During January 2016, he proclaimed that Formula One teams would not choose to select a woman driver if they had the opportunity to pick a capable male driver. Sparking outrage, many people concluded that Bernie did not regard female F1 drivers as serious competitors, leading to Susie Wolff launching a “Dare to be Different” campaign in order to combat Bernie’s view point.

After such an eventful and turbulent 40-year reign, Bernie Ecclestone has left behind some rather large shoes to fill. However, a candidate has been selected, and the crown has been handed over to Chase Carey, former executive chairman of the Formula One Group.

Born in the US in 1954, a Harvard Business School graduate, Chase is the former CEO of Fox Broadcasting, helping to launch Fox Sports and Fox News. A career highlight for Chase is negotiating a $1.6 billion deal for NFL rights to Fox in 1993, establishing Fox as a major network.

After achieving significant success at Fox, Chase then became CEO if DIRECTTV in 2003, another lucrative move for the business man. Then in 2009, he became President and COO of News Corp and 21st Century Fox, working alongside renowned media mogul Rupert Murdoch.

A well respected and hugely capable business man, Chase has already made his feelings about Formula One and its previous handling painfully clear. When discussing the decision making within F1 under Ecclestone’s control, Chase described it as “somewhere between ineffective and dysfunctional.” Ouch, that’s bound to get under Bernie’s skin!

Love him or loathe him, there is no argument that Bernie Ecclestone has left his mark on the world of Formula One, leaving behind an impressive and sensational legacy. And although Bernie will always be associated with the sport, it is time for some new blood and a fresh face to champion the running of the sport. As we close the door on one incredible era, it’s now time to embrace the beginnings of a new and exciting era, and as we have seen previously with F1, anything is possible!

Out with the Old in With the New

Whilst on the topic of change, is it time you replaced your motor?

If you think it’s time to replace your car, why not let Creditplus help you out? Our expert Customer Advisors are on hand to assist you with your decision making process and help you save time, effort and money.

To apply, call our team on 0800 1777 290 or just complete our simple, 2-minute online application form; our team will be able to find you the perfect family car from our extensive car search.