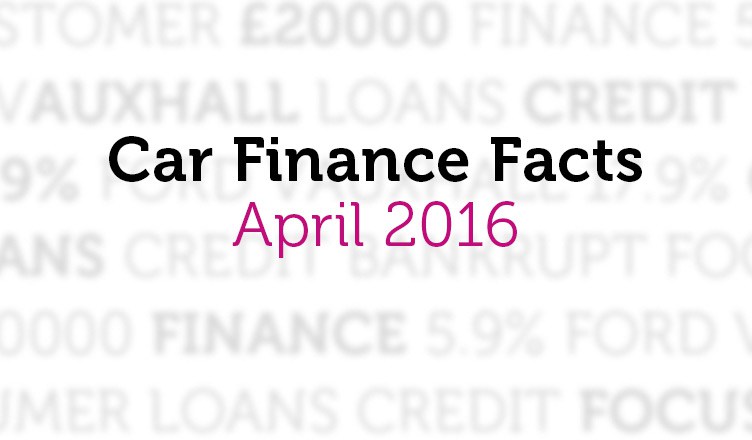 Welcome to the Creditplus car finance facts for April 2016 – an inside look at what’s going on across the car and car finance industry. Which car was most popular? What colours are people choosing? Read on for all this information and more.

The new car registrations market continued to see steady growth during April, with a 2.0% increase to 189,505 units. This is the highest number of registrations since April 2003, when 194,312 new vehicles were matched to new owners. Year on year, more than 3,700 cars were registered compared to April 2015. The number of petrol and diesel vehicles being registered has also seen some differences year on year, with 574 less diesel vehicles and 2,957 more petrol vehicles being registered.

So how has April’s registration performance affected statistics? For the same period in 2015, registrations are up 4.4%. This increase follows on from a highly successful March, which saw more than 518,000 cars being registered; the second biggest month on record.

The steady growth outlook has so far remained, but will this change as the year continues? Mike Hawes, Society of Motor Manufacturers (SMMT) Chief Executive commented: “After such a strong March, April’s steadier performance was to be anticipated, and is in line with our expectations for the year. Consumer confidence remains high as buyers continue to capitalise on attractive finance deals, although this could be affected by political and economic uncertainty in the coming months.”

Here are the month’s key facts and statistics

*Source: The Society of Motor Manufacturers and Traders – Motor Industry Facts May 2016

Looking to finance your new car? Simply complete our 2 minute online car finance application form, and you’ll be on the road to your new car in no time.