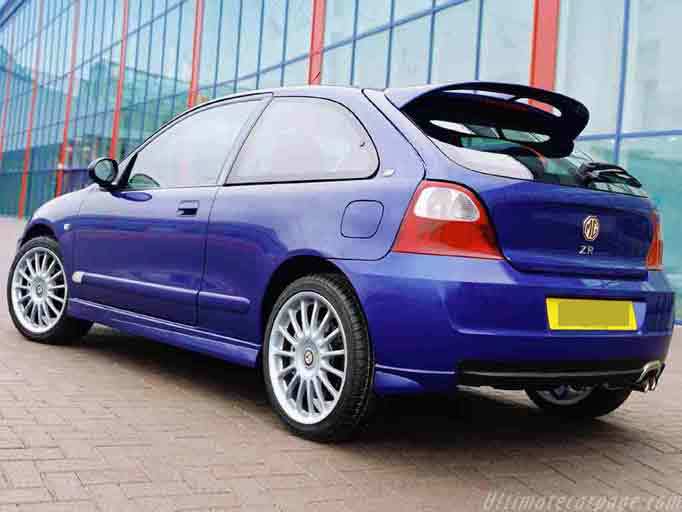 What my car says about me – MG ZR

What my car says about me – MG ZR

It’s pretty easy to make assumptions about what kind of person drives what kind of car. For example, a Ford Ka almost always belongs to a teenage girl, whereas a Fiat Multipla belongs to a suburban family – right? Well, not necessarily. We’ve all been in that situation where we’ve seen a car and driver who are completely mismatched – a granny in a pimped out Citroen Saxo, or a bodybuilder in VW Beetle.

It was this that got me thinking – what do people assume when they see my car – and do they expect me to step out of it?

I’m currently behind the wheel of an MG ZR+ (that’s the 1.8litre, 5 door version which once upon a time did a cheeky 120bhp.) I bought this car for £1000 exactly, and it was my pride and joy until an altercation with a wet road and a tree left a hefty dent in the front passenger wing. Ever since buying it, I’ve heard the words ‘head gasket’ more times then I care to remember, and the comparisons to its cousin the Rover 25 are getting boring.

The strange thing is, even I expected the head gasket to blow up halfway down the motorway the moment I reached 75,000 miles. So far though, I’m on 85,000 and it’s still going strong. Can you be proud of a car? I certainly am.

As for it’s comparisons to the Rover 25 – yes, it is essentially the same car – except I’ve got more power and my car is generally much more exciting – who wouldn’t fall in love with that factory standard spoiler?

Features like that spoiler though have attracted a particular type of clientele to the much maligned ZR – and that is the boy racers. The stereotype has stuck with the car, something which doesn’t take you realise when you get cars pulling up next to you at the lights and revving their engines, looking for a race. I can say with some degree of certainty that I wouldn’t be getting that if I was in a bog standard Renault Clio (or the Rover 25 for that matter.) Fast drivers see a ZR and assume that I’m up for a race. Slow drivers see the ZR and assume that I’m going to tailgate them and try to cut them up.

I confess that I have had my days when driving fast was still a novelty, but this was long before I owned the ZR (back then it was an old school Vauxhall Tigra which I thought was an incredible car, despite needing repairs every weekend.) These days, partly for my own relaxation, and partly to conserve fuel, I (mostly) keep the pace steady and calm – apparently to the surprise of some drivers who seem to prepare themselves for a battle with me as approach in their rear-view mirror.

So do I fit with the image of my car? Not so much, no. Does it matter to me? Not one little bit. I’ve never been one to buy or drive a car that blends into the traffic, and I don’t expect that will change as I get older. For now, the MG ZR suits me fine, though I’m sure an upgrade is imminent.