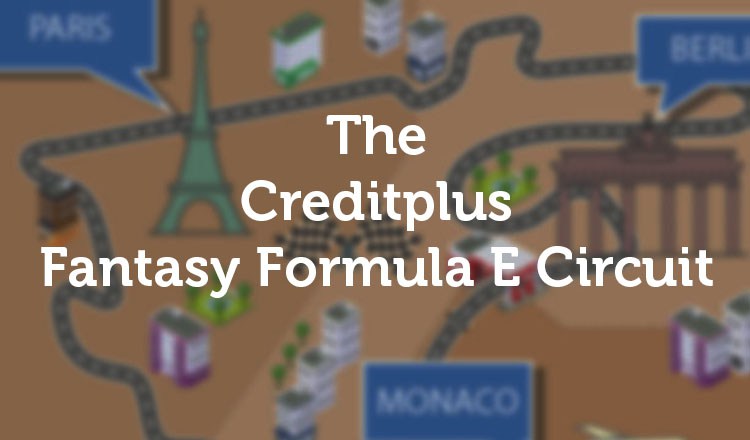 Formula E has its first race of the 2016/2017 season under its belt, starting at Hong Kong’s Central Harbourfront Circuit on Sunday 9 October. It certainly promises to be a thrilling season over the next nine months, where the teams will get into racing gear around the globe, taking in some of the world’s most glamorous locations, including Paris, New York and Mexico City.

With most of the series’ circuits having now been revealed, and our focus on all things electric during the month of October, we here at Creditplus wanted to know what your favourite tracks were of season 3 before Formula E hits Marrakesh for round two on Saturday 12 November.

So, we decided to get social and asked our loyal Twitter followers to vote in our poll for their favourite tracks of the current Formula E series. It was a tough decision, but the votes are in and, after careful consideration, we finally have your favourite tracks. With this information – and just a few of our own particular favourite elements – we’ve put together what we think is the ultimate Formula E circuit. 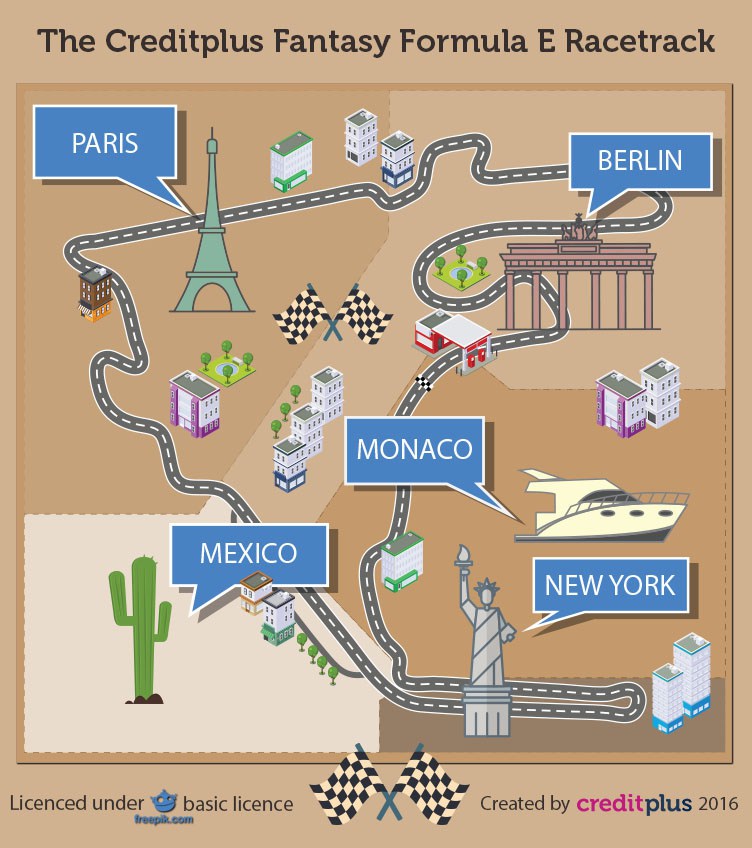 We chose this lengthy straight – which cuts right through the heart of Mexico City – as it will give the Formula E racers a chance to flex their acceleration as they fly down this stretch.

We decided to take the sweeping straights and gentle bends of Monaco’s circuit as it glides adjacent to the iconic harbour. The Formula E racers will be able to sore down the stretch with a view of the grand harbour, which will no doubt be dotted with numerous luxury yachts.

Another popular circuit amongst both us here at Creditplus and our Twitter poll takers, here the drivers race through the iconic city famous for its fashion, cuisine and of course the Eiffel Tower. The section we chose from this circuit contains an electrifying straight with a few challenging bends thrown in for good measure.

In this section of our fantasy track taken from Berlin, the Formula E drivers will be required to meander through the city in a series of bends, fighting for the lead as they light up the circuit. Here it’s about skills over speed.

A firm fan favourite according to our Twitter poll, this circuit is filled with thrilling twists and tight turns as it cuts through this iconic city and its world-famous and well-loved landmarks. We chose the Brooklyn Circuit’s hair pin bend and exhilarating straight to use for our fantasy track. 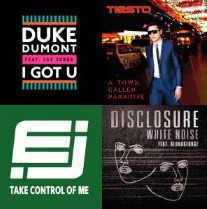 We’ve put together what we think would be some of the tunes you might just hear throughout the season; listen now on Spotify!