More than 50 vehicle debuts, including brand new muscle cars, SUVs and gas-guzzling pickups. Welcome to Detroit 2013: the first international motor show of the year… and a demonstration that the American auto industry is back doing exactly what it used to do before the recession.

While the rest of the world worries about the soaring cost of petrol and which alternative fuel is the future of motoring, the heartland of US car-building was proudly unveiling a muscular new Corvette, chunky Chevy Silverado truck and a macho new Chrysler Dodge Ram pickup. The Ram was greeted particularly enthusiastically and was voted Truck of the Year. It was praised for its fuel economy of up to 25mpg. 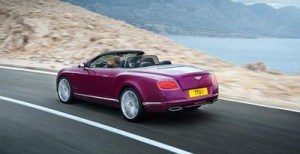 Importers joined the hairy-chested atmosphere at the North American International Auto Show too – Porsche launched its fastest and most expensive Cayenne yet, the Turbo S; Bentley revealed its new 200mph-plus convertible Bentley Continental GT Speed (the fastest four-seater soft-top in the world); and Audi’s twin-turbo 189mph ‘sportsback’ coupe, the R7, was shown for the first time.
VW showed off a new big seven-seater SUV, the CrossBlue, and there was even a one-off gold-plated Nissan GT-R supercar on display. To say the mood was optimistic is an understatement.

After years of cost-cutting, job-shedding and downsizing by America’s big three car makers, this was a resurgent traditional show. As the Guardian’s Dominic Rushe said, this seemed to be “the year when big comes back”.

More than 6,000 journalists from around the world reported on stars of the show like Mercedes’ CLA, a new luxury four-door coupe class. This has radar-based braking and an ultra-sleek shape that Mercedes claims makes the CLA the most aerodynamic production car ever.

The new cars were unveiled thick and fast across the Detroit show hall: Honda’s new Urban SUV is a crossover concept based on the Jazz with a European version likely to be built at Swindon in the UK and Infiniti’s Q50 is a premium rear-wheel-drive sports saloon aimed right at the BMW 3-Series. 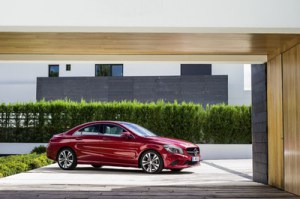 Few new vehicles had the brazen retro appeal of Chevrolet’s new Corvette Stingray, the most powerful model in its 60-year history. The carbon-fibre muscle car boasts a 6.2-litre V8 engine, 450bhp, and 0-60mph in less than four seconds. Fuel consumption figures, not surprisingly, were unavailable at the launch.

There were, however, a few green shoots of environmentalism at Detroit. One of the best came from the unlikely source of Cadillac. Its new ELR is an aerodynamic luxury coupe using electric power topped up by a petrol-powered generator. The sleek-looking, high-tech coupe is due on sale next year. The greenest-ever Cadillac can accelerate from 0-60mph in 8 seconds and has a range of around 300 miles.

Look out too for the amazing new vehicle from Tesla. The Model X that was revealed in Detroit is a genuine game-changer. It’s a seven seat SUV that’s faster than a Porsche 911, has two boots and a range of 270 miles. Best of all, it runs completely on electric power.