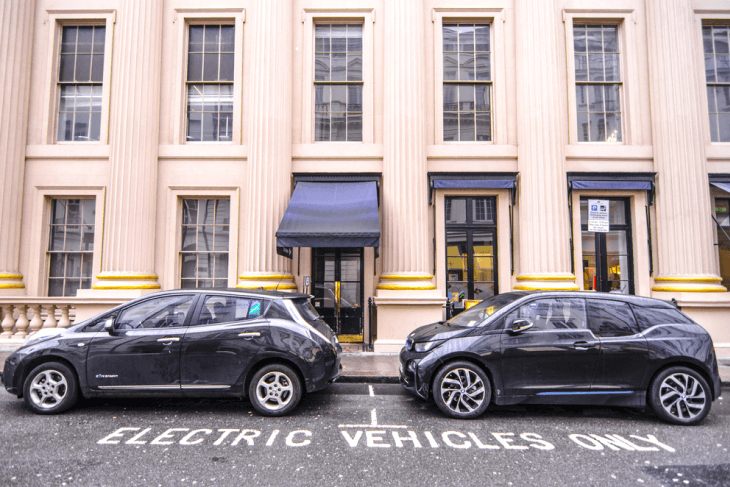 Don’t step back into history, embrace an electric future

Don’t step back into history, embrace an electric future

What do we want from 2021? A return to normal is probably top of most lists.

And, of course we want the chance to see family, friends, and partners all divided by the insidiousness of the novel coronavirus in all its various mutations.

But do we actually want a real return to normal?

The changing face of retail

It’s easy to slip back into comfortable clothes and feel relaxed, but around us everything has changed; shops and brands that had been undergoing a slow mortification have been fast tracked to the door marked ‘exit’.

Technology has moved us at hyperspeed into new ways of transacting that have been transformational. And while the big supermarkets have prospered, so too have local shops, consumers reconnecting with their often specialist services or goods unavailable elsewhere.

So slipping back into what we knew is like dialling back the clock. It’s history.

Step into the new normal and ask yourself if you really do want to make the same choices, go through the same decision making. After all, are those choices still relevant anymore? And if not, how have they changed?

For example, looking back to Lockdown 1.0, do you remember how clear, how fresh was the air? It was helped by a fabulous early spring, admittedly, but the lack of traffic during that first lockdown was noticeable for the positive effect it had on reducing air pollution.

For example, levels of PM2 - fine particulate matter that is associated with poor air quality and has been identified as one of the key culprits for premature deaths - fell by some 50% in cities such as London, Bristol and Cardiff, while Manchester, York and Belfast saw drops of 25%.

Since then, unfortunately, levels have risen again as traffic has hit the roads once more. But there has been a positive impact on the interest in greener forms of transport, whether that’s active transport, such as walking and cycling - I noticed that, astonishingly, the Victorian penny-farthing has enjoyed a remarkable renaissance in 2020, with the leading retailer experiencing its best ever sales year with one sold every day - or an increasing interest in electric cars.

A rise in EVs

The key thing, though, is that EVs produce no exhaust emissions. That’s not to say there are no carbon emissions in their manufacture, but driving an EV, if it replaces a car with an internal combustion engine, will help improve local air quality. The most well-known models are the Tesla Model 3, Nissan Leaf, BMW i3 and Renault Zoe.

And such vehicles are really catching on - despite a whole number of negative surveys highlighting concerns about charging infrastructure and cost - with new EV registrations increasing by nearly 186% in 2020 to take 6.6% of the total car market, which is up 5% on 2019.

In Europe electric car registrations raced up to 720,000 vehicles increasing by 105% on 2019 figures and taking a similar percentage of the market as in the UK at 6.7%. 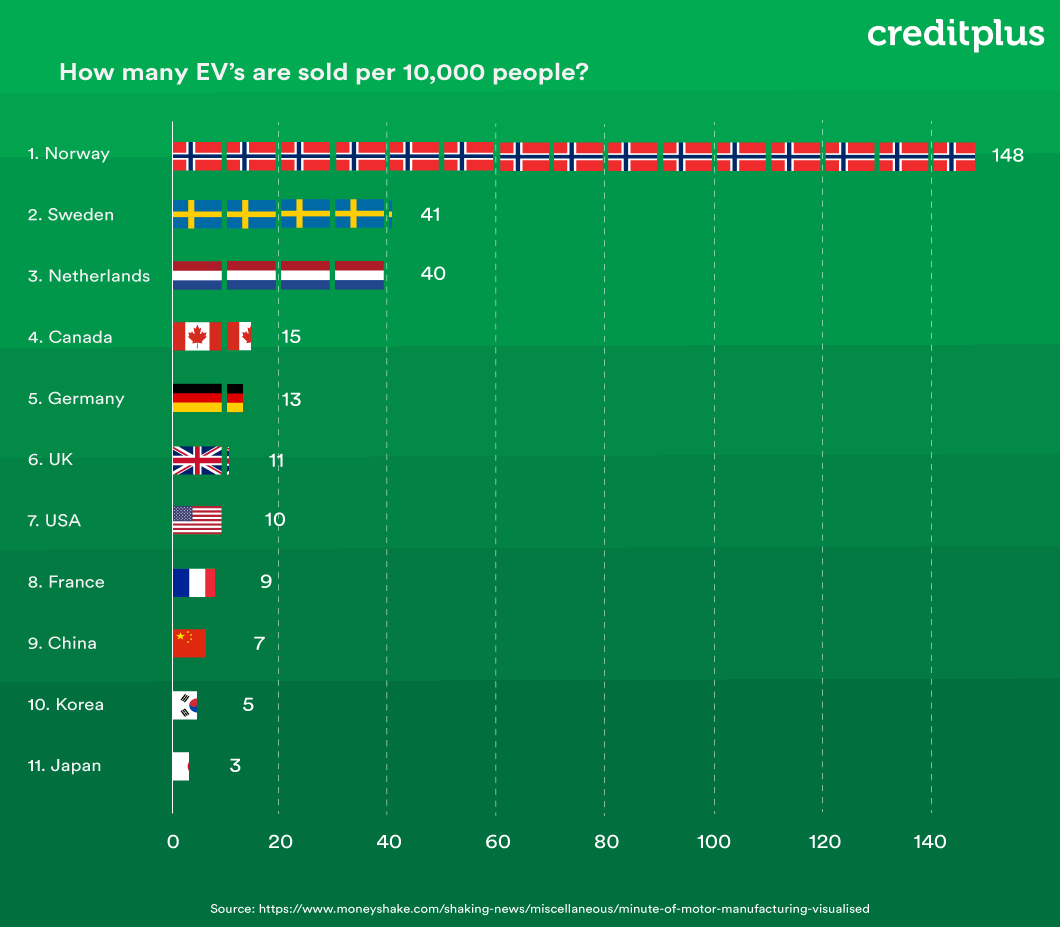 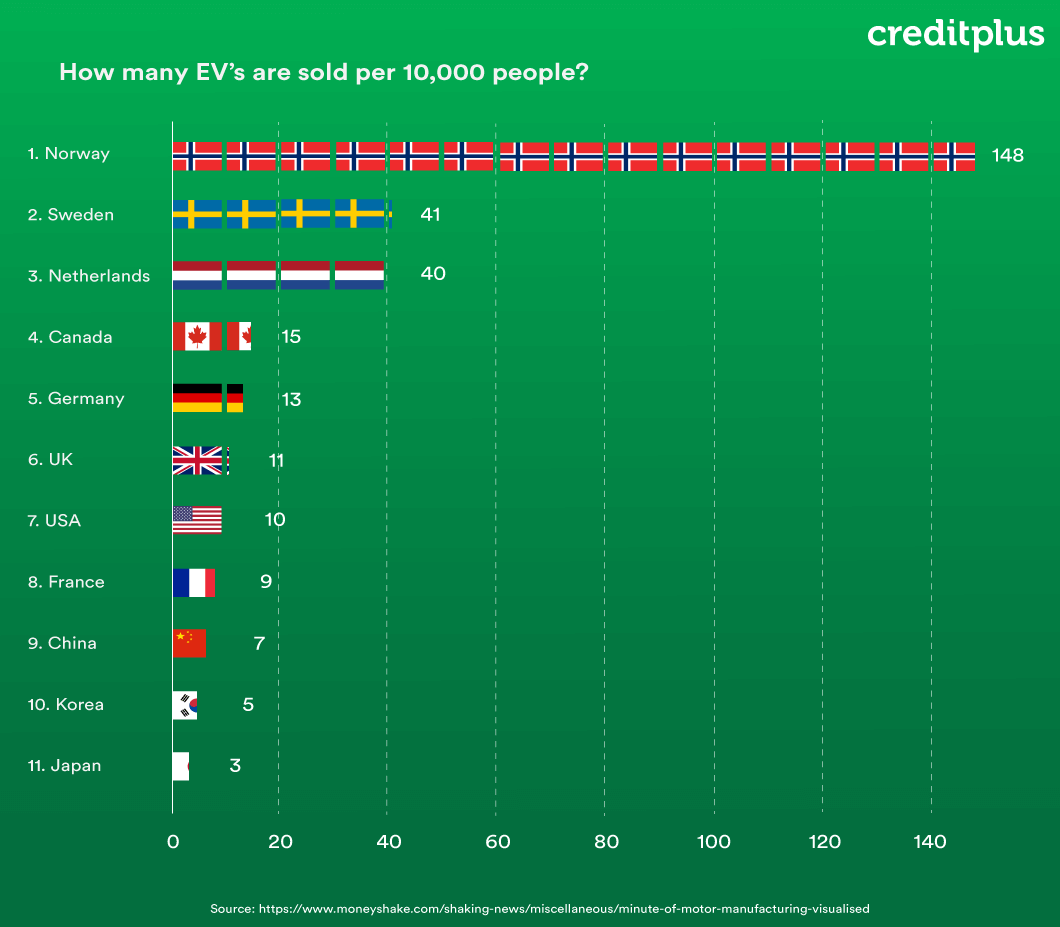 Is an EV right for you?

Not only that, but the level of technology is becoming breathtaking. NIO, a car maker in China (the world’s biggest EV market), has just unveiled its new ET7 saloon, an electric car that NIO claims will do over 620 miles on a charge (likely to be just over 400 when subjected to the more stringent testing in Europe and the UK to be fair), and has autonomous self-driving features. NIO plans to bring this car to the UK in due course and with such a range, knocks down yet another barrier to buying an EV. (Although we seem to be peculiarly hung up on range, especially when the average mileage per day is 28 miles or just over 140 miles a week.)

So are you prepared to make that change? Do you think a zero emission EV would be OK for you?

Creditplus saw the number of EVs it funded last year double in percentage terms, although from a low base it must be admitted. But as the market for used EVs increases, there are plenty of options to join this zero tailpipe emission motoring revolution.

If you want an EV that depreciates slowly - the amount of value it sheds over its lifetime with you - then in pole position is the Volkswagen e-Golf. According to the research, the e-Golf loses just 25% of its value. It’s not hard to see why. Above all else, it’s a Golf - but with an electric motor. There’s nothing about it that says ‘hey, look at me, I’m an EV’ - just the dependability and reassurance of being a Golf.

It’s a good place to start your own personal EV revolution. The e-Golf is one of the cars that features in the Creditplus Best Car Deals page. It is available from just £277 a month on a Personal Contract Purchase (PCP) plan.

The e-Golf is a fine car: I lived with one for eight months and it was utterly brilliant. In fact, it changed the way I drove - the quietness and serenity at the wheel makes for a much calmer approach to motoring. To be truthful it was six weeks before I even turned on the radio because I was enjoying the lack of engine noise so much.

The car cost nothing to run in terms of electricity. We had a PodPoint wall charger installed; at first I feared a massive spike in our electricity usage, but I was wrong: on average it was £14 a month. What’s more, I didn’t have to visit a fuel filling station to replenish the car’s realistic range of 130 miles.

But you can get into EV ownership for less than that. Creditplus has the Mk1 Nissan Leaf available from £139 a month; the Hyundai IONIQ from £179 a month; and the BMW i3 from £237 a month - all of which makes EV motoring more accessible than you might have thought.

It could be your first step into the changed normal - the electric future - rather than the comfortable past.