Euro NCAP – is it a force for good?

Euro NCAP – is it a force for good?

The Renault Clio, Volvo V40 and BMW 3-Series just received a big welcome sales boost… thanks to the latest results from NCAP.

As Euro NCAP’s ‘best’ supermini, small family and large family car for the past 12 months, these three models are likely to now sell far more models. Companies commonly use NCAP results in advertisements and customers often base their decisions on the NCAP star rating.
Often quoted as an example of NCAP’s power is the poor old Rover 100, which after receiving a one-star Adult Occupant Rating in their tests in 1997, suffered such poor sales it was completely withdrawn.

We all know that NCAP is a body that tests and rates cars for safety. Their findings can critically enhance or impair a manufacturer’s reputation. But who and what is the NCAP organisation? And are its findings as important as we may think? 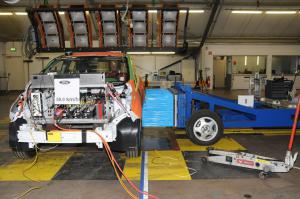 The first alarm bells ring when you realise that NCAP is part of the European Union’s bureaucratic health and safety empire. The full title is European New Car Assessment Programme and it is based, unsurprisingly, in Brussels.

What is surprising is that NCAP has nothing to do with Type Approval. These are the tests done on every new model to check it’s safe enough to be used on the road. These follow specific tests laid down as law. So every type of car sold in Europe has to pass these Type Approval tests.

NCAP is different. It merely tests a selection of popular cars, which are often chosen by the manufacturer themselves. They use the same crash tests as Type Approval but also cars are ‘tested’ according to what features N-CAP officials are trying to promote, whether this affects performance in the crash tests or not.

It’s part of a Health & Safety philosophy that aims to actively push safety features into car designs by punishing manufacturers that don’t fit them with low ratings. For example, Euro NCAP officials are currently very keen on autonomous emergency braking systems and are rumoured to have warned all manufacturers that from next year they will not be able to score five out of five unless these systems are fitted.

Whether you as a consumer want this system or not is irrelevant to NCAP. They have decided on your behalf. Over the years this has lead to today’s cars increasingly loaded with ‘safety’ gadgets like traction control, anti-submarining seats and airbags. It wasn’t consumer demand that lead to these expensive additions to our cars – it was pressure from NCAP health and safety professionals.

From The Other Side

Some motoring experts however, worry that too much weight is given to NCAP’s opinions. More resources should be targeted at better driving skills and better roads. They say cars will become more expensive, unwieldy, reliable and even less pleasurable to drive if too much safety kit is placed on board. 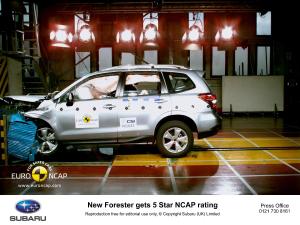 Alistair Weaver in the Independent, worried how manufacturers can select the one highly-specified model from their range in order for the whole range to get a good rating, said: “Some industry experts are concerned that too much emphasis is being placed on the NCAP star ratings, and that the significance of the test results is being badly communicated.”

The popular Capitol Commentary blog said: “Those manufacturers who produce the strictest Electronic Nanny systems get the highest ratings while those companies who allow the driver the choice of turning off the system (to have “fun” driving) will get the lowest scores. I don’t need some Electronic Nanny telling me what I’m doing wrong and correcting me by cutting my engine power or hitting the brakes.”

One of the many comments left at the end of the blog added: “European officials love to control their people and they simply take it laying down. Very sad.”

The most recent results from NCAP are the best in class of 2012. “Recommended for their outstanding safety performance” are:

The FIAT 500L and Ford B-MAX are sharing the Best in Class honour in the Small MPV category. The Volvo V40 reached the highest combined score of any car previously tested by Euro NCAP. Whilst 26 five-star cars were released, one model achieved four stars and 8 received three stars. Last year’s underperformers were the Jeep Compass and Renault Trafic, each of which was only able to score two stars against the latest set of requirements.