If you’ve been reading our blog on a regular basis, you’ll know that we love F1. Last year, interest in the sport had dropped massively – we all knew that Vettel would dominate, Hamilton would get frustrated and Raikkonen wouldn’t get paid. When a sport of this calibre becomes interesting only for the off-track exploits of the drivers, you know that something is up. In reaction, Bernie Ecclestone has well and truly shaken things up for 2014.

Some are fans of the new rules – which range from changes to the design restrictions and engine, to double points in the last race – and there are many who are throwing their hands up and questioning why. As an attempt to involve the fans though, it could be working – though perhaps for the wrong reasons.

The F1 teams have started revealing their cars for the 2014 season – and were met with incredulity, laughter – everything but seriousness. Thanks to new safety restrictions, all the F1 2014 challengers have undergone a nose job – but some interpretations leave little to the imagination. 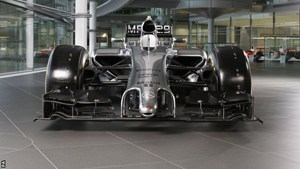 One of the early reveals came from McLaren – and twitter seized upon it immediately to point out the major flaws – and that is the particularly phallic nose. It’s so obvious that we can’t figure out what was going round the designer’s minds when they settled on the final appearance. McLaren have also been criticised for the industrial grey of the car, which seems even more imposing now without the red from the Vodafone sponsorship. 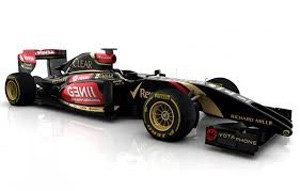 With a completely different take compared to McLaren, Lotus have settled on a twin nose – that looks a little like a pair of tweezers. Nevertheless, the Lotus team are convinced that their car is a beauty, adopting the hashtag #ImStillSexyAndIKnowIt for the E22 and enjoying the attention. To be fair to Lotus, it is one of the better looking cars, but the asymmetric twin nose (which sees the left hand side slightly shorter than the right) has fans wondering exactly what advantage they hope to gain. 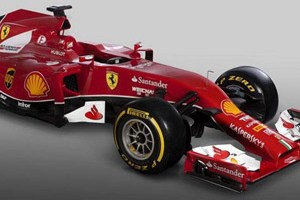 Now we come to the highly anticipated Ferrari, an historical F1 team, and manufacturer of what are highly regarded as some of the most beautiful supercars in the world. What they gave us was so far from the likes of the Ferrari 250 GTO or the Dino 246 GTS that is was hard to believe it was a Ferrari at all (although the overwhelming amount of red was a dead giveaway.) Ferrari have opted for a nose that is less like an anteater’s and more like a tapir – and we all know that kids aren’t flocking to the zoo to see them. 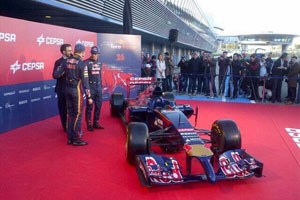 A special mention goes to Toro Rosso, who seem to have gotten into a ‘mine is bigger than yours’ competition with McLaren. At the very least the sight of Toro Rosso’s challenger at the back of the grid will elicit a smile from the crowds, and give viewers at home something to look at when the television coverage decides switch away from the most exciting part of the race with the frontrunners. That is of course unless the phallic noses turn out to be aerodynamically astounding, in which case Jean-Eric Vergne will finally come out in front. 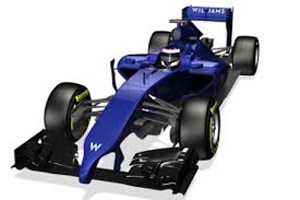 Other teams who have revealed their 2014 challengers thus far include Sauber – which is one of the better looking cars (but with only 2 angles presented, it’s really quite difficult to tell) – and Williams who have gone for a very basic drooped nose, and finished in ‘heritage blue.’ Force India were the first to reveal their car, but have cleverly avoided showing off their nose too early – giving fans only one picture taken from the side. 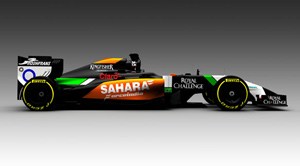 So far at the Jerez tests, reveals from Red Bull Renault and the Mercedes have been made. In keeping with the theme of F1 2014, the focus for many was on the noses. Whilst Red Bull Renault adopted the anteater look, Mercedes nose cone was more like Ferrari’s – but better looking. Whilst it’s still no beauty, it’s arguably the best of a bad bunch. Finally, Force India showed us their nose… and it’s clear why they were hiding it in the first place.

But here’s the thing – these cars aren’t built for beauty, but for speed. In the words of the late, great Enzo Ferrari, “Race cars are neither ugly nor beautiful. They become beautiful when they win.”