Image: New Bugatti is too quick for tyres

Bugatti engineers are currently preparing the as yet unnamed 2016 Veyron replacement. But early tests on the super quick supercar predict that the new Bugatti will be too quick for its tyres to keep up.

The new Bugatti hypercar is in advanced development before its planned 2016 release and early reports show that it is more than a match for its Bugatti Veyron predecessor. Initial testing predicts that the car could reach a top speed of 286mph, 0-60mph in 2.3 seconds. These computer simulations of the car carried out by Bugatti have raised concern that standard road legal tyres will be unable to cope with the top speeds. Bugatti insiders told Autocar magazine that unless tyre technology improves, the believed maximum speed could not be safely reached.

Replacing the Veyron will be no easy feat, and it seems Bugatti are going all out to make the new model even better. Like the Veyron, the unnamed new car will be four wheel drive. The new hybrid powertrain will use the same quad-turbocharged 8.0 litre W16 petrol engine, generating up to 1,500BHP. This will give 50% more power than the Veyron. The new car will be two seater and have a luxury interior. 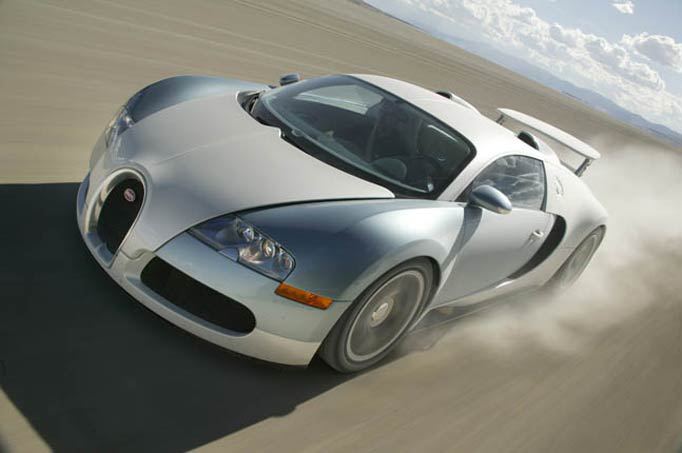 How do you replace the Bugatti Veyron?

“For me, Bugatti is not a car,” said Walter de Silva, head of VW Group design, in an interview with Top Gear magazine. “It is a piece of art. You have to understand this. You are in another range when you talk about Bugatti. No, forget that, you play in another league with Bugatti. When you buy a Bugatti, you buy a piece of art. It’s a story, and I would like to transfer the Bugatti idea in this way.”

Voted by Top Gear as car of the decade, the original Bugatti Veyron was limited to a production of just 450 cars, with just 15 left unsold. Famous owners include Cristiano Ronaldo, Simon Cowell, Ralph Lauren and Tom Cruise. The new 2016 model is expected to also have a limited number, with a waiting list of up to a year for potential buyers.

The new Bugatti certainly has big shoes to fill, although de Silva said that it wasn’t a like for like swap. “It won’t be a Veyron replacement, it’ll be more than that.”

Enzo Ferrari – The man behind the icon. We look at his life and his best quotes.

The Psychology of driving – sex and speed.