In a surprise announcement at the Detroit Motor Show, Ford unveiled the design for the new Ford GT. Fitted with a 600HP twin-turbo V6 engine, the new GT is set to be on the road in 2016.

The announcement of a new Ford GT had been speculated on for a while now, with motoring journalists and gossip sites uncovering Ford’s apparent plan to return to Le Mans. The big announcement at the Detroit Motor Show was still unexpected, with news of the new Ford GT trending across social media.

Utilising lightweight carbon fibre composites wrapped around an aluminium sub-frame give the car one of the best power to weight ratios on the market. Aerodynamic efficiency is also a big part of the new design, with the car’s tear drop shape and curved windshield designed to optimise downforce, whilst minimising drag. 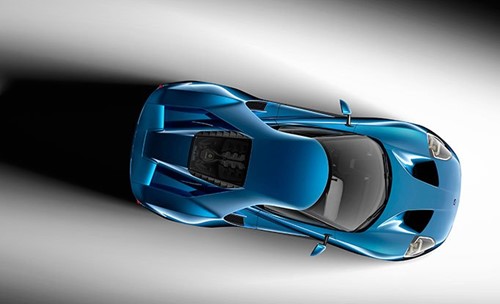 “As we at Ford drive innovation into every part of our business, it’s worth remembering that our first innovation as a company was not in a laboratory, but on the racetrack,” said Mark Fields, Ford president and chief executive officer, “We are passionate about innovation through performance and creating vehicles that make people’s hearts pound.”

The new Ford GT comes with an updated EcoBoost engine, a specification that continues to power all models across the Ford performance range. The twin-turbocharged 3.5 litre Ecoboost V6 will combine performance with efficiency. The engine has already had success in endurance racing, adding to speculation that Ford is looking to return to Le Mans. The original Ford GT40 famously won at Le Mans during the sixties, coming out of top in the bitter rivalry between Ford and Ferrari.

It’s not just the interior that has been built for speed. 20 inch wheels shod with Michelin Pilot Super Sport Cup 2 tyres, created with a new unique compound specifically for the GT. As well as the striking aerodynamic design, the car comes with an F1 style steering wheel complete with paddle shift controls and a fully digital and configurable instrument cluster. This display can be adjusted between different driving modes. 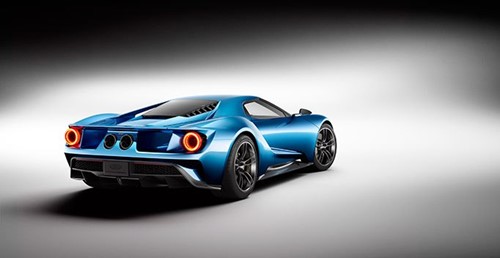 “The GT is the ultimate execution of an enthusiast supercar,” said Raj Nair, Ford group vice president, Global Product Development. “GT includes innovations and technologies that can be applied broadly across Ford’s future product portfolio – another proof point that Ford continues raising the performance bar while ultimately improving vehicles for all of our customers.”

Going into production for the start of 2016, the car will hit the road across selected global markets, including Europe where it will take part in the 50th anniversary celebrations of Ford finishing 1-2-3 in the 24 Hours of Le Mans. Just another hint that the company plans to re-enter the famous endurance race. 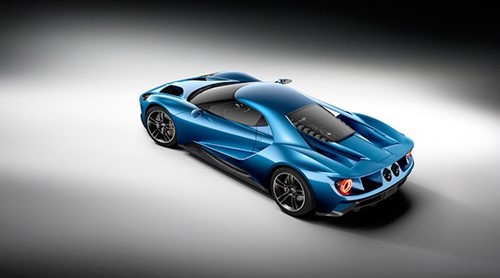 Price has not yet been revealed. Expect more news as Ford continues its roll out of new cars, including the Focus RS, F-150 Raptor, Shelby GT350 and the much anticipated Mustang.