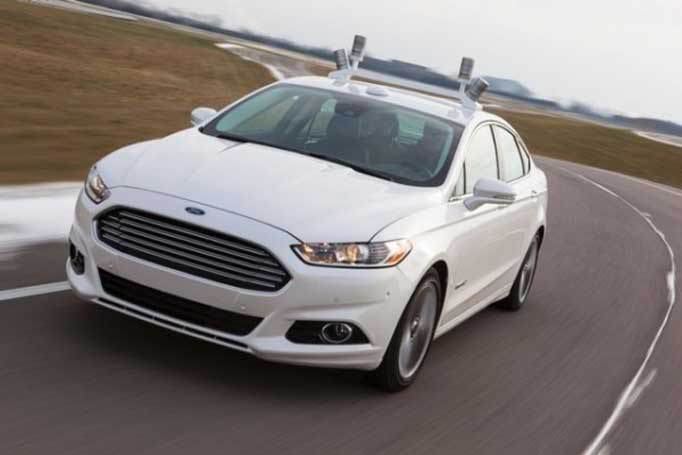 If you haven’t heard the buzz around self-driving cars yet – where are have you been? With every major car manufacturer getting in on the game, the jumps in self-driving technology are getting bigger and bigger, and the international motor shows are heaving with autonomous vehicles.

Most recently, Ford have entered the sphere, with an autonomous car based on the new Ford Mondeo that has been in the making for a decade (just think about that for a second) which brings something completely new to the game.

Ford’s car is equipped with four infrared light sensors mounted on a roof rack, which constantly scan the road, looking for objects including pedestrians, cyclists, animals and other vehicles.

The data collected by the infra-red sensors are relayed and turned into a real-time 3D map that is sent to the car’s on board computers. This means that the car will be able to effectively see obstacles, and take action accordingly. Ford is also developing software which will predict the movement of these obstacles – accounting for other cars, pedestrians and animals, meaning that the car can take cautionary action even sooner if necessary.

Safety is of course one of the primary concerns when it comes to self-driving cars, but testing has shown that it is actually one of the biggest advantages. In testing, Google’s autonomous Toyota Prius has only ever crashed twice – and both of those times it was at the hands of a human driver.

Would you happily sit in a self-driving car? How about an autonomous pod, like the ones expected to run on pavements in Milton Keynes by 2015? Let us know in the comments!