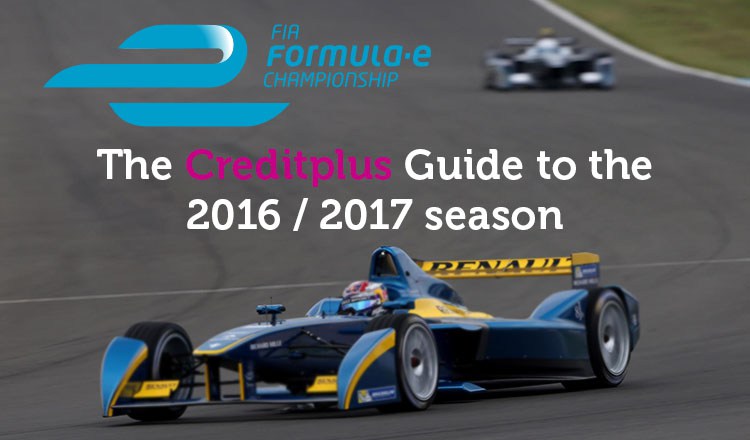 Formula E is back, and bigger than ever!

The FIA Formula E Championship is the world’s first all-electric motor racing series, and it’s back for its third season, starting in Hong Kong on Sunday 9 October. And this season, Jaguar will be electrifying the track, by entering a team for the first time in the Formula E racing series.

Here at Creditplus, we’re extremely excited for its return and to follow what looks to possibly be the future of motor racing. To help you jump on board this electric ride across the globe, we’ve created a complete guide to Formula E to prepare you for the 2016 / 2017 season.

Sustainability is the driving force behind this exciting series. Formula E acts as a catalyst for technological innovation in the automotive industry, inspiring people across the globe to think about sustainable development and the adoption of electric vehicles.

Formula E cars use smoke-less car batteries which are powered by a 0% emission and renewable glycerine fuel. What’s more, the unique tyres – specially designed by Michelin – are made to be suitable for all weathers, as well as to last the entire race day. And to add to this, all the tyres are recycled!

One of our favourite elements of the Formula E series is that it takes part in the streets of some breathtaking cities. During the season, Formula E will be racing through some of the most iconic cities in the world. This includes five new cities being added to the season’s calendar; Marrakesh, Brussels, Montreal, New York and season starter Hong Kong. With its inner city dynamic and a limited top speed of 140mph, you can expect a selection of thrillingly tight twists and turns throughout. This means however that race durations are shorter in order to avoid closing down busy city roads for too long.

10 teams, 20 drivers, one electrifying series. This season promises to be just as spectacular as before, with eight of the previous teams returning to the Formula E tracks. China’s NEXTEV TCR Formula E Team and Switzerland’s Trulli Formula E Team unfortunately will not be returning to the tracks this season. However, this does mean that we get to welcome two new teams to the circuits; TECHEETAH, the team representing China who have taken over Team Aguri and, impressively, Panasonic Jaguar Racing (UK).

There are also five new faces this season; Adam Carroll, Maro Engel, Mitch Evans, Jose Maria Lopez and Felix Rosenqvist. Here’s how the teams shape up for the new season:

One controversial yet revolutionary aspect of Formula E is the FanBoost feature. This allows fans from across the globe to vote for their favourite drivers in Formula E, rewarding the drivers with an extra energy boost. This unique fan interaction system rewards the three drivers with the most votes an additional 100kJ of energy. Voting opens for fans 12 days before the first race and remains open for the first six minutes of the race, meaning the energy boost will only be available for the second car.

There are three ways in which you can cast your vote:

Fans can vote once a day through each different media channel, which means you can potentially vote four times a day (if you really love the driver).

In the previous season, Lucas di Grassi paved the way with this exciting feature, winning the fan vote an impressive five times.

Formula E has created an exclusive soundtrack that features in the global TV broadcast as well as musical entertainment penetrating through the bustling race tracks.

EJ is now the exclusive resident DJ for Formula E, when he’s not touring the world and performing at venues around the globe. EJ has gained recognition from hot DJs such as Martin Garrix and Sander van Doorn, so it’s no surprise his high octane, climatic sets go down a storm trackside, as well as perfectly integrating with each race.

Here at Creditplus, we’re loving EJ’s fresh, high energy sounds, so we’ve decided to add his singles to our very own Formula E playlist on Spotify. Give it a listen and check EJ out for yourself. 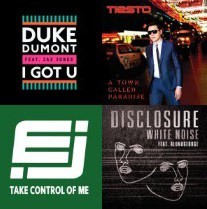 Formula E is forever evolving, meaning this fast paced event is prone to ever changing rules and features. Here’s a quick guide as to what’s new for season three.

The amount of energy permitted for regeneration has increased from 100kW in season two to 150kW in season three. This has potential to be a real game changer as we could see a significant difference in the driver’s race tactics. This has led to a re-purposed steering wheel to help drivers navigate the tricky city circuits.

Simply a cosmetic addition, the impressive new front wing adds to the visual intensity of the cars in the championship, giving them a unique twist amongst the world of motorsport.

The cars will now be kitted out with an upgraded version of their previous treaded 18-inch Formula E tyres, provided by Michelin. To fit the ethos of Formula E, these new and improved tyres will be more energy efficient with increased longevity and a decrease in weight.

Season three will see the fastest lap reward reduce from two points to just one. The reason behind the point change is to make the point system fairer and avoid the 11-race championship boiling down to just one intense lap.

Changes to the timetable

In season three, Formula E’s opening practice session has been brought forward from 08:15am to the new time of 8:00am. This is to cater for extra additions to this season’s timetable.

This unique and ground-breaking feature to Formula E is the world’s first self-driving race car series. Fans will be eagerly anticipating the performance of the autonomous cars as they tear their way around the circuit solely under computer control.

Here at Creditplus we’re pretty excited about the new Formula E season. While we love all things cars and car finance, we also love that this racing series is getting the attention and adoration it deserves. This is season three, but we reckon they’ll be many, many more – roll on Sunday 9 October!