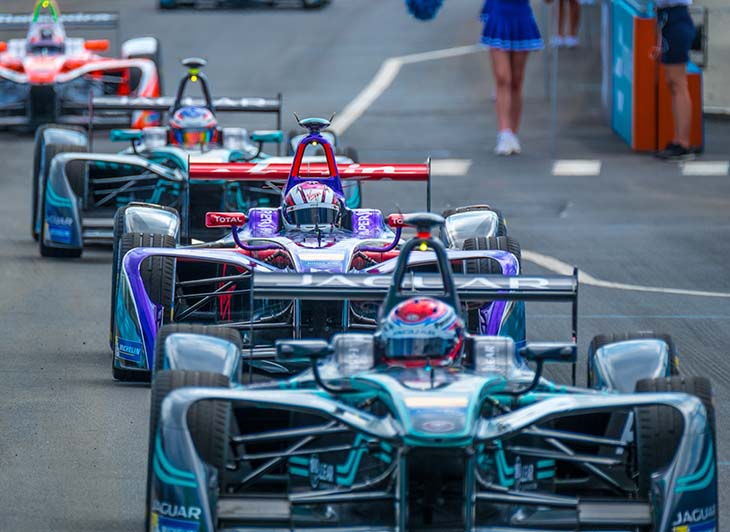 Formula E: The Future of Racing

Formula E: The Future of Racing

When you think of motorsport, what comes to mind? Maybe it’s a swarm of brightly coloured cars battling for space on the track. Or the thrill as one of the competitors blasts past you at a frightening speed.

For many it’s the atmosphere at the track. The smell of the engines, the roar as they push their motors to the very limit. But what if I was to tell you that there was a motorsport that had all the speed and colours, but none of the emissions?

Formula E is one of the newest motorsports to enter the calendar. Like its namesake, Formula E involves some of the best drivers on the planet sitting behind the wheel of aerodynamically designed cars with engines that are the height of motorsport technology. The difference?

Formula E. Is it the future of racing or just a flash in the pan?

How It All Began 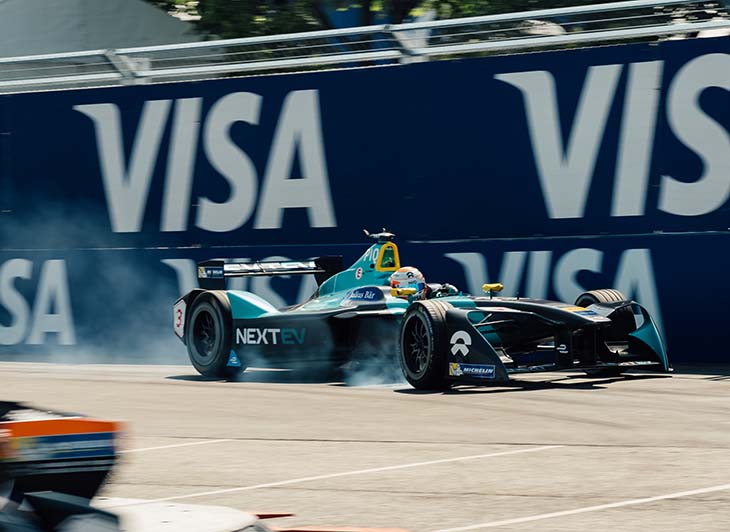 The idea for an all-electric motorsport series came from the president of the world governing body of motorsport – Jean Todt.

He envisioned a series of races taking place involving single-seater racing cars that would take advantage of the improved electric engines that are becoming more commonplace.

As an added twist, each of the races would be street races, taking place in cities across the globe.

What made this first series unique was that each of the cars would be identical in every way except livery. The same engines, the same power. So in theory, it would all be down to driver skill.

Each race had another unique feature. Because of the amount of power needed to race these Formula E cars at top speeds, the battery power would be quickly depleted. So, halfway through the race, the drivers would jump out of their cars and into another, fully charged one.

Ten teams entered from a host if different backgrounds. Drivers too came from a wide variety of different places, with both men and women drivers taking part.

Improvements in technology mean that there’s no longer a need to change car halfway through the race. The greater power and extended range made for longer, more exciting races, beginning with the 2018/19 season.

Unlike standard races, Formula E followed the NASCAR route by going for a set amount of racing time. This is currently set at 45 minutes plus one lap. Eleven teams entered, with major manufacturers BMW, Nissan and DS (of Citroen) all entering a car.

Standardisation of chassis and battery pack remained the same, meaning all cars should theoretically be on the same playing field. The greater power of this second model made for exciting races, where drivers pushed their cars to the very limit, having to balance utilising as much power as possible with the risk of red flags and safety cars putting more strain on the battery.

This season also saw a unique feature added to each race, officially dubbed ‘attack mode’ but also referred to as ‘Mario Kart mode’. Each track would have a certain section where, if driven through, the car would get a boost in power. For a set period of time, any car driving through these parts of the track (often outside the traditional racing line) would get the boost.

Veterans from Formula 1 were amongst the drivers, with Sebastien Buemi, Pascal Wehrlein and Lucas Di Grassi just some of the names involved. But it was another former F1 driver who took the title. Jean-Eric Vergne, formerly of Toro Rosso, took the championship and lifted the trophy at the final race in New York, claiming his second consecutive Formula E title.

How Formula E Cars Stack Up

The current Formula E car is the Spark SRT05E, or Spark Gen2, built by the McLaren Applied Technologies sector of the more famous McLaren motorsport division. The latest edition can get from 0-62mph in 2.8 seconds, and has a top speed of 174mph.

While it’s a bit slower than Formula One cars, who have a top speed of 230 mph, the city streets that make up the racing tracks mean speed is not all that’s important.

In fact, you could argue that Formula E cars are purer racing cars than Formula One. In its current state, strategy and manufacturer prowess are almost as important to race performance in F1 than the skill of the driver. There’s no doubt that Lewis Hamilton is one of the greatest drivers in F1 history, but the car he drives is a big factor.

In Formula E, the races are much more competitive. In the 18/19 season, 11 different drivers winning the 13 tracks, with only race champion Jean-Eric Vergne winning more than one race.

So Can It Compete With Other Races In The Formula Series? 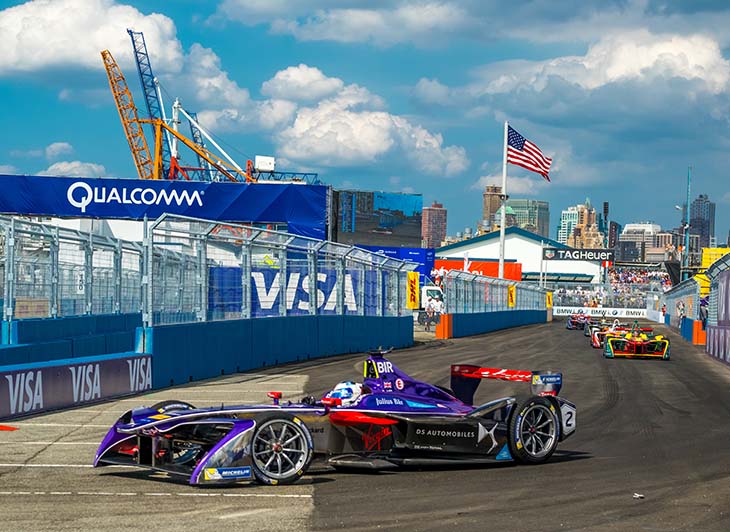 There’s no secret that a big part of the appeal of motorsport is the experience. Formula One in particular was known for the incredible sound the cars made. They were basically jet engines strapped to four wheels and raced as fast and hard as they could. Recent changes have made the noise much more subdued, but still, Formula One cars generate a huge 120db of noise. A Formula E car is a different beast. In fact, if you parked it next to a London bus, you would struggle to hear it going full pelt next to the noise of the bus, which is much quieter than an F1 car at 80db.

But it's no secret that green technology is becoming more popular, so it’s not surprising to see that appeal translate to the motorsport scene. Of course, there are purists who will quickly dismiss the slower Formula E series. And maybe the future of combustion engines is in motorsport, where the emissions are limited to the time on the track.

For now, you should be glad that there are two thrilling motorsports for you to watch. The old standard Formula One, and the exciting, electrically charged Formula E. You don’t have to choose a favourite. Just watch both!

Fancy Trading Your Own Motor For An Electric Vehicle?

Creditplus offer a wide range of affordable finance plans for both plug-in hybrid EVs (PHEVs) and all-electric vehicles (BEVs). If you want to own an electric vehicle without breaking the bank, simply complete our no-obligation application form, and one of our dedicated customer advisors will be in touch.

PHEV or BEV - which is best?