It seems you can’t turn the television on or flick through a newspaper these days without being bombarded by environmental concerns and staggering statistics. Needless to say, the environment, and making sure we look after it, has pushed its way to the forefront of the public agenda. People care more now than ever about plastic bags, recycling and yep, you guessed it, green car technology.

Road transport is one of the biggest problems when it comes to pollution in the UK, it accounts for 22% of total UK emissions of carbon dioxide. In addition, air pollutants from car fumes include a worrying cocktail of nitrogen oxides, particles, carbon monoxide and hydrocarbons. Not great. Even something as simple as noise pollution projected from cars affects 30% in the UK! So it seems obvious that people want cleaner, more environmentally friendly car technology.

There have been a few stabs at producing eco cars in the past, but these efforts have been flawed by battery and charging issues and well as generally looking, how to put this, pretty ugly. But new technology is evolving to get rid of these problems and produce more efficient green cars that scream sexy! 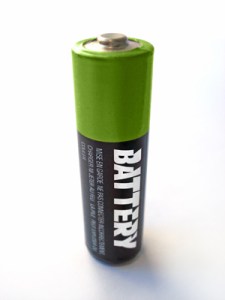 Compared to their alternatives, lithium-ion (Li-ion) batteries pack a powerful punch when it comes to energy, an important factor when considering hybrid and electric cars. Li-ion batteries store more energy in smaller spaces than the more traditional lead-acid and nickel-metal-hydride ones which is the main bonus of using them. However a few things are stopping Li-ion batteries from becoming the new petrol: safety, cost and longevity. However a lot of money and energy is being spent on Li-ion battery development, so there is a strong chance they could become a viable option in the not too distant future.

Most cars are made out of steel, however a potentially viable alternative could be carbon fiber. Carbon fiber is both much stronger and weighs a lot less than steel, reducing the weight of an average by 60%. This means that a car’s fuel consumption would be reduced by 30% and cut greenhouse gasses by 10 – 20%. Good news. Unfortunately, as it stands, there is no easy way to recycle carbon fiber. It can’t be melted down like steel and it is hard to recycle. Recycled carbon fiber isn’t strong enough to build another car. So on one hand it would save a heck of a lot of oil, but it would also produce a lot of waste. The question’s whether it’s worth the waste for oil savings.

A continuously variable transmission (CVT) is a type of automatic transmission that provides drivers with more useable power and better fuel economy. CVTs work because engines do not develop constant power at all speeds, instead at certain speeds the pulling power is at its optimal levels. Because there aren’t any gears to tie a given road speed directly to a given engine speed, the CVT can vary the engine speed as needed, thereby maximising fuel efficiency. This means that CVTs can provide quicker acceleration compared to a conventional automatic or manual cars whilst providing the best fuel economy. Whilst not a new technology, it is one that is being modified and improved all the time, so much so that experts at the HIS Automotive have predicted that by 2016 16% more cars will have CVT.

It isn’t new knowledge that poorly inflated ties will affect a cars ability to use fuel efficiently. The problem is that most people cannot be bothered to check! However, a new tire alert system that uses sensor technology could solve this problem. The system will let you know when your tire pressure isn’t optimal and needs properly inflating. As well as being a great development for fuel conservation, it is also a welcome safety addition. 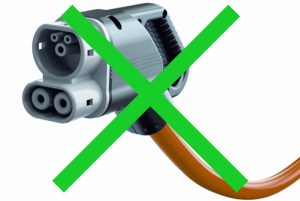 It has been predicted that by 2040 half of all new cars will be hybrid. Yay for the environment! However, the problem with hybrids is that the batteries are heavy and take up loads of space. Even with the advances of lithium-ion batteries, hybrids still suffer under the weight. That’s where this latest innovation is useful: storing energy in the body panels.

The panels would capture energy produced by technologies like regenerative breaking or when the car is plugged in overnight and then feed that energy back to the car as and when it is required. Not only would this reduce the size of hybrid batteries but the extra savings in weight would eliminate wasted energy used to move that weight. Research is currently being conducted into the feasibility of this, but if it works it could reduce the weight of an average hybrid by 15%.