Cars and Men – A Love Story

Cars and Men – A Love Story

It’s a fact that the motoring world is still dominated by men, despite some incredibly talented female leaders in both the industry (Like Mary Barra, CEO of General Motors) and in the racing world (like French rally driver Michéle Mouton.) So what is it about cars that draw men in so much?

Is it the power? Is it the raw masculinity? Or is it something else completely? There are those, like Vice magazine, who have suggested that the obsession with fast, impressive cars is all down to evolution. In the animal kingdom, there are more than a few examples of male animals making elaborate displays and competing for the attention of their female counterparts. Take the peacock, who displays a huge plume of feathers to attract the, rather dull by comparison, peahen. Even better is the example of the bowerbird, who tries his very best to build an impressive collection of blue items to show the local girl that he’s worth her time. Of course, the bowerbird hen will choose the male with the best collection – the animal kingdom is a shallow world.

So does this phenomenon translate into the human world? Well, with YouTube videos such as the one below, showing that clearly, nice cars are far more likely to attract girls, it would seem so.

Not only that, but that wider world of media would most certainly have us believe that this is the case – Chamillionaire raps about how his car ‘pull[s] in ladies’ and girlband TLC sings about how a guy doesn’t stand a chance, ‘If you don’t have a car and you’re walking…’ This is just the tip of the iceberg, if experts are to be believed. It’s a well known fact that men are more aggressive drivers – whilst women have more crashes per mile, men have more serious and fatal crashes, something that can be attributed to a more aggressive overall driving style. This ‘risky’ style is apparently akin to the male-to-male combat seen throughout the animal kingdom in competition for both females and territory. Are cars a measure of a man’s superiority? It seems a tedious link. One thing that cannot be denied is the fact that all things car related seem to be inherently masculine. Top Gear, the world’s most watched factual programme has an all male cast – no doubt the dynamic would change significantly if there was a female presenter to give a new perspective – many before me have mentioned the likes of German racing driver and Nürburgring expert Sabine Schmitz, who is already something of a familiar face to Top Gear viewers. There are some brilliant women flying the flag for female motorists, but there is simply no running away from the fact that it is still, largely, hive of testosterone and manliness. Take for example, BMW recalling cars to change the female voice on the GPS system, which male drivers were apparently ignoring because she sounded like she was nagging them. Luckily, those BMW drivers are welcome to download all sorts of GPS voices now, as if being told what to do by Darth Vader is really any better. There is an important psychological aspect to all this though. With some studies showing that men tend to feel more like their car is an extension of themselves rather than a separate entity (which is the way that girls supposedly feel about cars, and hence why they are more likely to name them) having a nice car can do wonders for improving self esteem – so much so that one study in the UK showed that men (but not women) derived measurable positive psychological benefits from access to desirable cars. Now for some statistics – Autoblog compiled a list of the Top 10 cars that men are most likely to own – at number one the Ferrari 458 Italia, of which 95.3% of the 458 owners are men. Compared to the most likely car for women to own – which is the Volvo S40 – and the evidence is telling. Men value power and status over practicality. You can view the full results over on Autoblog. Another interesting study that we came across found that men prefer women who drive red BMW sports cars whereas women preferred men who owned black Ford pick-ups (though this study was conducted in the USA, and we have a feeling that results here in the UK may differ somewhat.) To read more about the survey, visit Carhoots for the full article. One thing is clear – not only do girls like guys with big manly cars, but guys love girls who like fast cars. The street, it would seem, is not just one way. 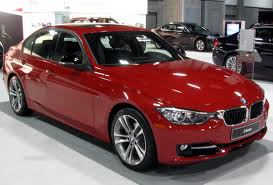 Ladies – is this the car you should be driving?

Thankfully, that kind of obsession is a rarity, and has little to do with the kind of attachment that we are trying to describe in this article. With all the various theories and reasons, maybe we are just looking too deep into the topic. After asking the men of the Creditplus office whether they felt their car made them feel more masculine, the general response was – no. Sensing that it was going to be tricky to get the answers I wanted, I decided to change the question. Would they feel emasculated if they had to drive a car aimed at women – a Ford Ka or a BMW 1-Series for example? The answer was mixed – some scoffed and said no, clearly not and that their car did not describe their masculinity, whilst others absolutely agreed – driving a girly car was simply not acceptable. A similar survey of the girls in the office turned up different results – they would happily drive most cars, it was only the size and not the masculinity of it that bothered them.

I suppose I should accept that stereotypes are rarely accurate, and this may just be one of those situations, despite some of the obscure surveys and statistics that I have quoted in this article. Nonetheless, I intend for this post to go up regardless of the validity – so to the offended men who drive Ford Ka’s, I apologise.