With all the big news from the 2013 Frankfurt Auto Show revealed, it’s time we took a look back at the last week and the cars we’ll be seeing on European (and British) roads. This doesn’t include any concept studies, as that’s just wishful thinking! 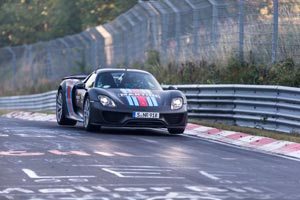 Let’s start on a high-note, shall we? The Porsche 918 Spyder was finally in production form at Frankfurt. “About time!” I hear you shout, whilst air high-fiving your buddies through skype in celebration, but the news isn’t over.

Porsche announced on the 10th of September their new hypercar is now the quickest production car around the “Green Hell” Nürburgring with a lap time of 6 minutes, 57 seconds. At least, that’s what Porsche want you to think. The Radical SR8 LM has technically made it around the ‘ring in a quicker time, but it seems car manufacturers don’t like to count these times as the SR8 hadn’t received “full type-approval” – a set of minimum regulatory and safety requirements. Even so, that time is insane and it’s going to be interesting to see the times Ferrari and McLaren’s new hybrid hypercars can set around the Nordschleife. 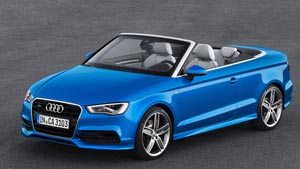 Sticking within the Volkswagen Group family, and within Germany, Audi was at Frankfurt showing off their new A3/S3 Cabriolet which looks rather tasty indeed. Built on the longer wheelbase of the saloon version of the A3, it’s bigger but yet lighter! How do they do that?!

For the entry-level topless beauty, you can expect a 138hp 1.4-litre TSI engine and the range goes right up to the S3 with a frankly awesome 2.0-litre petrol engine with output of 296hp. We can expect the S3 to be no slouch in the acceleration department either, with a 0-62mph time of 5.4 seconds. Nice! 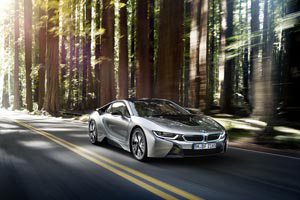 Staying in Germany once again, BMW have ended the seemingly endless teasing and shown off their crazy, awesome (maybe crazy-awesome) i8 hybrid sportscar. The car sits next to the more family-oriented i3 and features similar futuristic styling and values.

The plug-in hybrid drivetrain boasts a turbo-charged 228hp 1.5-litre petrol engine as well as a 96kW electric motor, which creates a total output of 357hp. Not bad! What’s the economic cost of all this awesome technology-fueled power? BMW say the car will reach the considerable figure of 113mpg!

“How quickly is it going to get me to 62 miles-per-hour?” I hear you ask? A rather quick 4.4 seconds would appear to be the answer, and it will lead up to a top speed of 155mph which – let’s face it – you’re never going to attempt in the UK anyway unless you’re on a track. 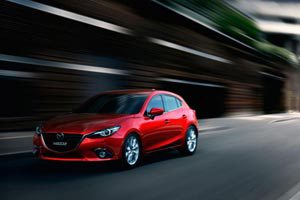 I’ve always felt the Mazda 3 was always a little awkward-looking, to be honest. It sits in an extremely competitive market alongside the Volkswagen Golf and the Ford Focus – tough acts to beat!
The engines range from a 99hp 1.5-litre petrol engine to two differently tuned 2.0-litre models. Finally, there’s a 2.2-litre diesel engine which can use its 148hp to reach 0-62mph in 8.1 seconds. Not seat-of-your-pants quick, but no slouch either.

It’s the external styling which is making the news, though. Mazda have dropped their old design language in favour of a new “Kodo” design which seems much more sophisticated. 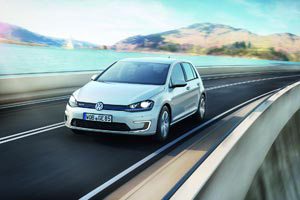 I’m starting to realise that this was a very German auto show and that sort of makes sense, given that it was in Germany. There was a lot of noise from other manufacturers but the VW group definitely stole the show.

As part of their ridiculously huge conference, they showed off their new E-Up! and E-Golf electric vehicles which will be available from spring 2014. The former will come equipped with a 60kW motor with a battery that lasts between 120-160km range on a single charge. The Larger sibling will sport a larger 85kW motor able to hit 62mph in 10.4 seconds. The range for the E-Golf is a little more broad, with figures stating it can hit anywhere between 130km and 190km on a single charge.

It doesn’t seem like Volkswagen wants to let the cat out of the bag in terms of pricing just yet for the E-Golf, but if the E-Up!’s €27,000 price point is any indication, it’s unlikely to be cheap by any stretch of the imagination.

So there we have it. The highlights of 2013’s Frankfurt Motor Show’s production unveilings. Do you agree? Think something else should be up here? Let us know in the comments below!