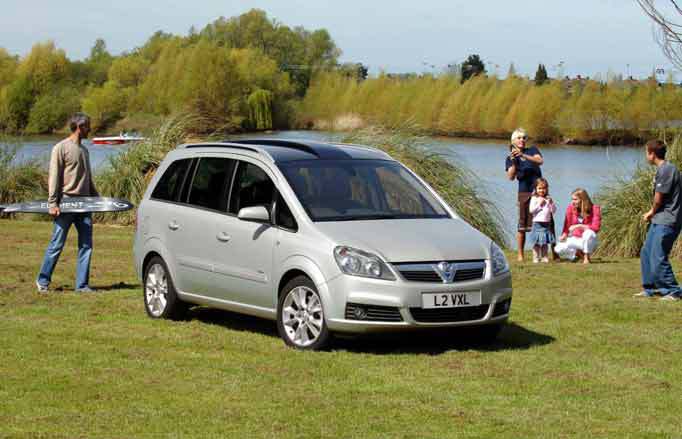 A family car, the Vauxhall Zafira CDTi is consistently one of our most popular cars, primarily because it is widely regarded as one of the most innovative small MPV’s of its time. First released in 1999, it received brilliant reviews, hailed as the perfect family car. Today, the Zafira is still going strong. We take a look at why it has been favoured over it’s rivals.

The Vauxhall Zafira is generally grouped into a low insurance group – dependent on the specific model, it is placed in or around insurance group 18 – meaning that the cost to insure is generally quite low if the named driver has a clean license and some years of no claims. Vehicle road tax is also reasonable, again dependant on the specific model – expect to pay £125 per year for the most economic models. Finally, thanks to the popularity of the Zafira, repairs, parts and servicing is also fairly cheap.

The Vauxhall Zafira scored 4 out of 5 for reliability according to the experts at Parkers. Vauxhall’s Astra – on which the Zafira is based – has a reputation for reliability, and the same is true for the Zafira. Whilst there will inevitably be some small issues, it is fair to say that there are few major issues affecting the range as a whole. Vauxhall offer a comprehensive 3 year warranty on all new cars, and for cars just beyond that mark, it is easy to obtain a low priced extended car warranty to ensure you’ll not be without your car for long, and you won’t be hit with high costs at the garage.

Reasonably you can expect to get about 45mpg on the Zafira CDTi, perfectly respectable for a small MPV. Expect fuel consumption to differ for the petrol models accordingly.

Perhaps one of the most important features of any family car is safety. Luckily, the Zafira comes equipped with plenty of airbags all around the car as standard and was awarded a five star rating by Euro NCAP, making it one of the safest small MPV’s on the market, setting an example to other car manufacturers who have tried to follow suit. Additional safety features include ABS, electronic stability, understeer control, a tyre pressure monitoring system and more.

In terms of security, the car comes equipped with an immobiliser and remote central deadlocking as standard.

The Vauxhall Zafira CDTi is a seven seater car, and each seat is big enough for an adult to sit in. Whilst some owners have reported wind and road noise at high speeds, this is to be expected with any MPV’s, and is by no means excessive. If you choose a model with the panoramic glass roof, you’ll benefit from a brilliantly light and airy cabin (as well as great views) with electric blinds fitted for hot days. Design models have half-leather options and more, and it is always well worth considering the upgrade for these extra features, which will not only add value to the car, but also make your drive more pleasant and enjoyable. 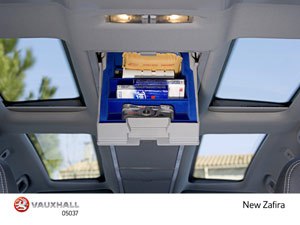 The Flex7 system is one of the aspects of the Zafira which originally made it one of the most coveted small MPV’s, and it has been kept in the newer models – though it has not been updated, it is still considered one of the main selling points of the car.

If you are looking to buy a Vauxhall Zafira, or any other car, we can help! Click the apply now button to submit an application today and one of our advisors will be in contact to make the process easy and trouble free. We can supply car finance for a range of credit ratings and budgets, and provide a comprehensive armchair service.

Want to compare a similar family car? Why not consider the Renault Grand Scenic?