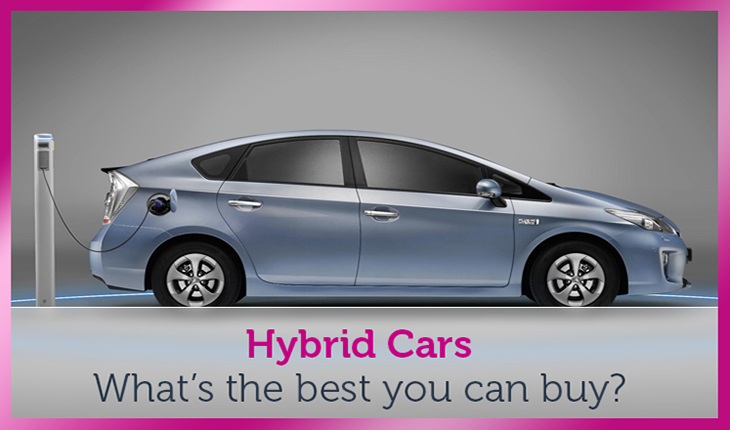 Hybrid Cars – What’s the best you can buy?

Hybrid Cars – What’s the best you can buy?

Although the first mass-produced hybrid was the Toyota Prius, which was launched in Japan in 1997, hybrid vehicles can be traced back just a little over a century. In fact, in the late 1800s, Viennese coach builder Jacob Lohner teamed up with Austrian engineer Ferdinand Porsche to build the first battery operated motor that fit inside the hub of a wheel. Their partnership resulted in the Lohner-Porsche Elektromobil, the world’s first functional hybrid car.

Hybrid cars have come a long way since then. With their popularity increasing in the past two decades, most manufacturers are now producing hybrids, which use two forms of power: an internal combustion engine and an electric motor.  Two of the main advantages of using hybrid vehicles are their lower levels of CO2 emissions and the fact that they are significantly more economical in terms of fuel consumption. This, in turn, can contribute to reduced costs in road tax and congestion charges.

In a conventional hybrid car, such as the Toyota Prius, both power sources can be used together or operate separately. If the vehicle is driven at a low speed, then it can be powered by the electric motor, but if higher speed is required, then both sources of power go into action. The excess power from the engine is used to recharge the batteries that power the electric motor on the move, making this type of vehicle one of the most energy-efficient transportation alternatives available.

Plug-in hybrid vehicles are a type of hybrid that can be plugged into an electric outlet to recharge the battery, but that can also be charged whilst the engine is running. One of the biggest advantages of Plug-ins is their ability to run longer distances using the electric motor, compared to conventional hybrids. Typically, they also use larger battery packs.

Which Hybrid is best?

So, which hybrid car should you buy? When it comes to choosing hybrid vehicles the most important thing is to look at the experience of the manufacturer, as well as factors such as mpg, family, hatchback, estate, 3 doors or 5 doors and, last but certainly not least, budget. The importance of each of these factors will, of course, vary from buyer to buyer.

One of the most famous hybrid vehicle manufacturers is Toyota and their most famous model is the Toyota Prius. Being one of the most economical vehicles ever manufactured, with an mpg of around 95 mpg and very low CO2 emissions, the Toyota Prius is exempt from the London congestion charge. The Toyota Prius II also won the 2004 Car of the Year Awards from car magazine Motor Trend. Another popular hybrid model from Toyota is the Yaris.  This highly economical city car, which boasts an impressive 56.5mpg – 85.6mpg and low CO2 emissions is one of the best hybrid cars your money can buy.

Given the huge amount of hybrid models available it would be impossible to list them all. But we’ve looked at the most popular hybrid vehicles, taking into account performance factors, such as CO2 emission, range and fuel consumption, to show you the best options available. 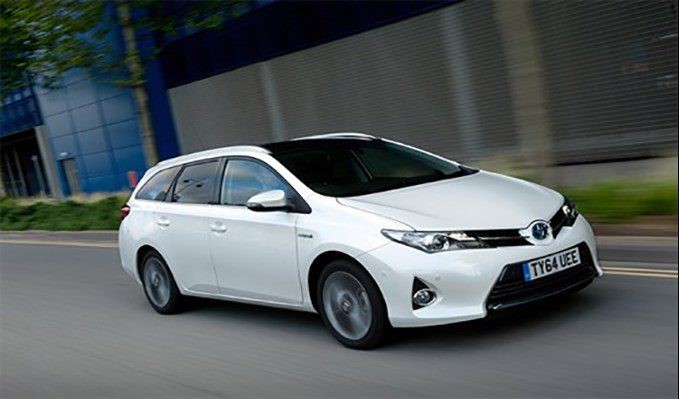 The Toyota Auris Hybrid is a family hatchback and the model comes in either petrol, diesel or hybrid. The Toyota Auris Hybrid was introduced in September 2009 at the Frankfurt Motor Show. The hybrid version of the Auris has a 1.8 litre petrol engine and an electric motor. It has the same powerplant as the Toyota Prius. It is fairly fuel efficient at around 83.08mpg for petrol and 67.3mpg for diesel and, just like any hybrid, it has low CO2 emissions (currently at 79g/km) which leads to exemptions on road tax and London congestion charges.  The Toyota Auris Hybrid does not have a manual gearbox but comes with a CVT (Continuously Variable Transmission) which is also called a single-speed transmission. It is basically a form of automatic transmission that can change gears through a continuous range of effective gear ratios. The total range of the Toyota Auris Hybrid is just over 700 miles, but, if using just the battery to power it, this number goes down to only about 1.2 miles. Still, the Toyota Auris Hybrid is a good quality economical car, mainly suitable for city roads rather than motorways. 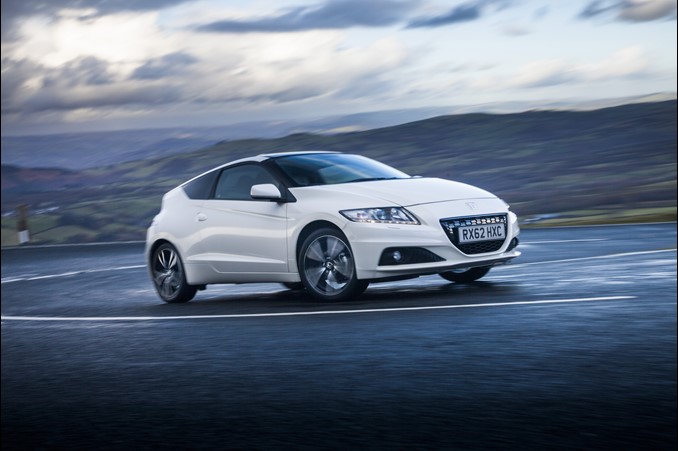 The Honda CR-Z is a compact sport hybrid vehicle. It is the third hybrid vehicle manufactured by Honda, following Honda Insight and Honda Civic Hybrid. The car includes Honda’s Integrated Motor Assist (IMA) technology, which was made available for the first time when Honda Insight was launched.  The IMA uses an electric motor which is mounted between the internal combustion engine and transmission. This acts as a starter motor and engine balancer, simultaneously. One of the distinctive features of the CR-Z is that, at the time of its introduction, it was the only hybrid car with manual transmission.  The power of the Honda CR-Z comes from a 1.5 litre i-VTEC engine and an electric motor. The fuel consumption is between 54-56 mpg.

Electric Only Range -No EV mode 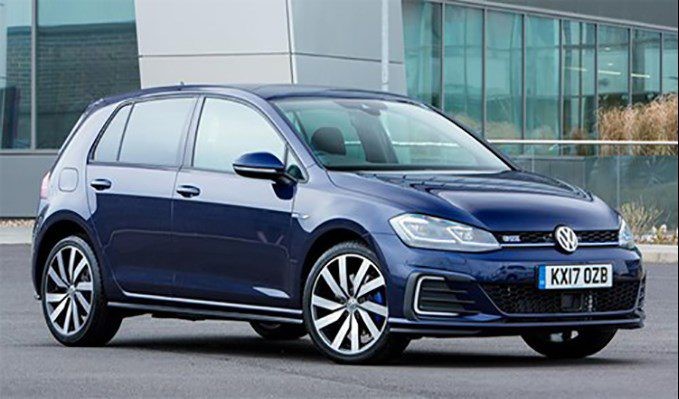 The ‘E’ on the GTE stands for electricity.  Volkswagen also has an all-electric model – the e-Golf – which comes with some limitations inherent to several all-electric cars, such as long battery charging times and low distance range after a battery is fully charged.  The Golf GTE hybrid surpasses these limitations by bringing you a Golf that combines the economy of running on electricity with a petrol engine under the bonnet, that can power the car, should the battery go flat. One disadvantage of the GTE compared to the all electric e-Golf is that its range on a fully charged battery is only about 31 miles before the petrol engine kicks in, whilst the e-Golf has a range of about 120 miles.

The GTE has a standard sat-nav and 8 inch infotainment touchscreen, which is compatible with Apple’s CarPlay for iOS based devices, Android Auto and MirrorLink. The 1.4 litre petrol engine combined with the electric motor gives the driver 201bhp.  The GTE is more suited to built-up areas than the motorway. 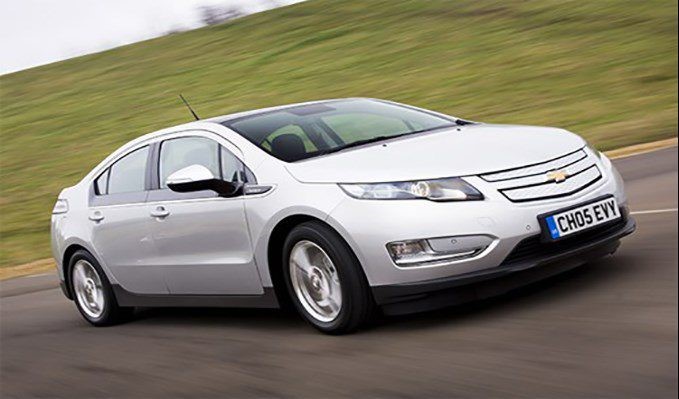 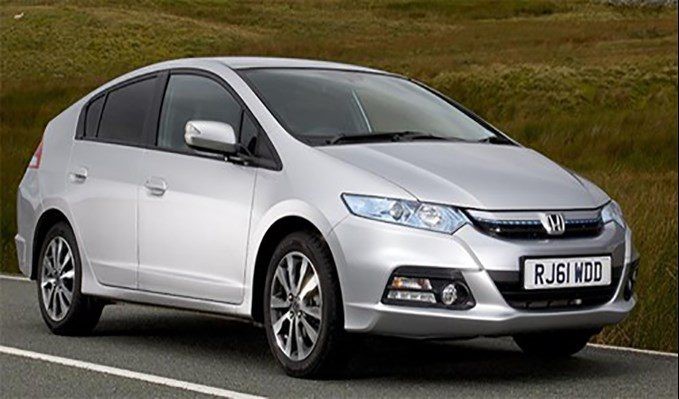 The Honda Insight is a hybrid that was also Honda’s first vehicle to use the Integrated Motor Assist (IMA) technology. Although it was discontinued from February 2014, the model won many awards, including the US Environmental Protection Agency’s 2000 Climate Protection Award and the International Engine of the Year Award for 2000. The Honda Insight is more fuel economical than the Honda CR-Z, at 61-70 mpg, and the vehicle is powered by a 1.3 litres petrol engine with an electric motor. 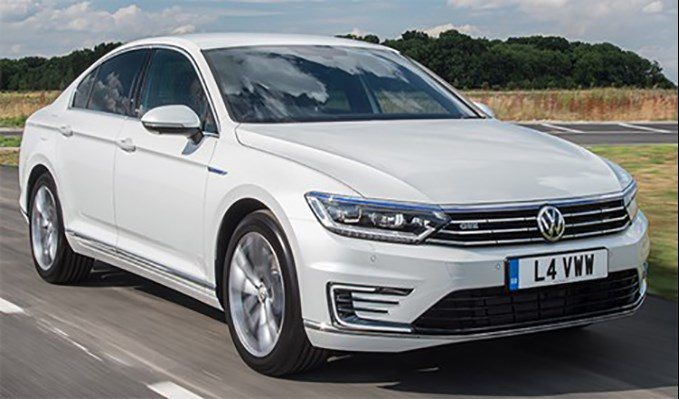 The Volkswagen Passat GTE is the hybrid version of the Passat GT. It consists of a 1.4 litre petrol engine and an electric motor. It is one of the few hybrid vehicles with a manual transmission gearbox.  The model can be bought as either a saloon or estate and the battery has an autonomy of 30 miles before the petrol engine kicks in. The car is very spacious, comfortably fitting 3 adults in the rear seat. The official fuel consumption is 166mpg, but some have reported that, in practice, this is actually lower. 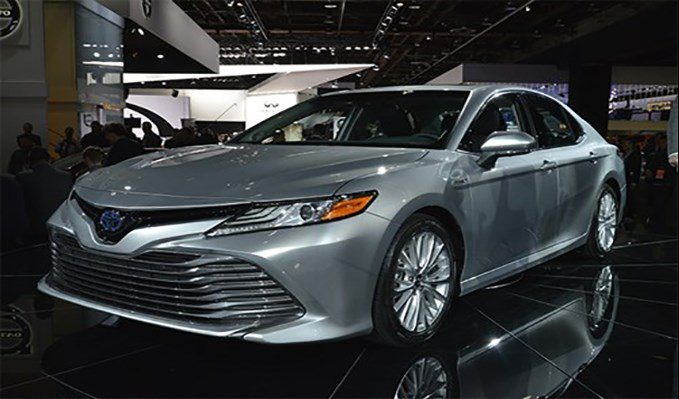 The Toyota Camry Hybrid comes with a 2.5 litre engine and an electric motor and has a Continuously Variable Transmission (CVT). When driving around the city at low speeds, the electric motor and battery normally powers the vehicle, but when high speed is needed, the petrol engine kicks in automatically. Fuel economy is estimated to be 42 mpg in the city and 38 mpg on the motorway, which isn’t very impressive for a hybrid. 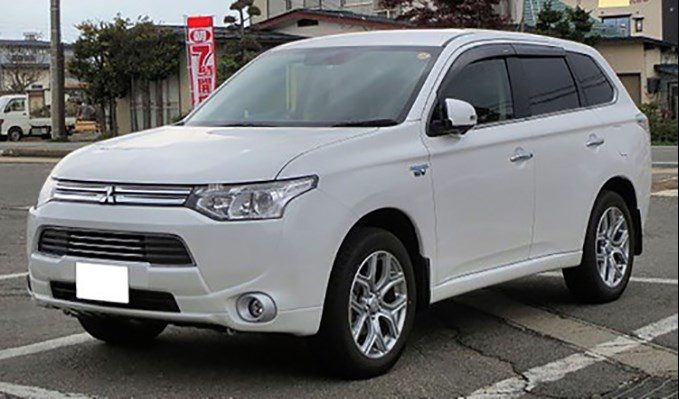 The PHEV stands for Plug-in Hybrid Electric Vehicle and the Outlander PHEV is the only plug-in hybrid SUV in the market.  The fuel economy is claimed to be around 148mpg, which is very impressive for an SUV but real fuel consumption averages around 47mpg. There is a 2-litre petrol engine and two twin electric motors, one on each axle. The battery can run or 32.5 miles and, once it runs out, the petrol engine kicks in.

Given its 402-mile distance range, its economical fuel consumption and impressively low CO2 emission, the Chevrolet Volt is currently one of the most economical and practical hybrid cars you can own. The closest UK version of the Chevrolet Volt is the Vauxhall Ampera, which lives up to its US counterpart in almost every way with CO2 emissions of 27g/km and an impressive 158mpg average, from urban road tests.

However, when the car is in combined electric/petrol mode, the CO2 emission could be as high as 95g/km, which means that the Chevrolet Volt is still a more efficient alternative. The Vauxhall Ampera is also slightly more expensive, with a price tag of £32,250 compared to Chevrolet Volt’s cost, which stands at £29,995. All things considered, the Chevrolet Volt really seems to be the cheapest and most efficient hybrid option currently in the market.

If you’re looking for your next car, our extensive car search can supply you with a wide range of vehicles, including some top-notch hybrid models.

And, if you’ve already found the perfect hybrid for you, Creditplus will be happy to help you on your car finance journey. Get in touch with our Customer Advisors today on 0800 1777 290  or apply by completing our simple, 2-minute application form.