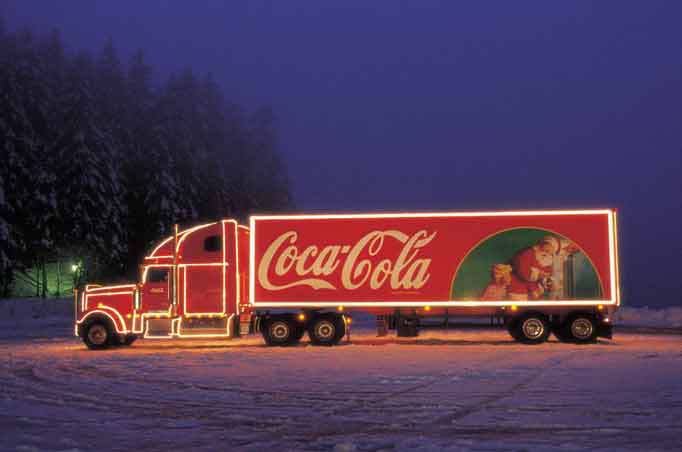 Coca-Cola Christmas truck – coming to a city near you!

Coca-Cola Christmas truck – coming to a city near you!

Many people will get excited at the first sight of the Coca-Cola Christmas advert, as for many it is the unofficial countdown to Christmas. This year, go one better; join in with the magic and find out when the official truck that we know and love is coming to a town near you!

The unmissable giant eight-wheel illuminated American-style lorries start their month long nationwide tour across the UK lighting up the country sharing the magic. The trucks will start their tour on the 23rd November and end on the 23rd December making an impressive 52 stops at towns and cities across the UK chosen by you including Edinburgh, Birmingham, The O2 Arena in London and Bournemouth.

Destinations were decided after Coca-Cola surveyed over 2500 people and mapped what they call ‘kindness hotspots’ where people are especially active in making the festive season extra specials for their loved ones. Each stop on the tour is linked to this research so that the most festive areas of Britain are sure to get a visit from the Christmas truck.

Coca-Cola has been synonymous with Christmas advertising for 80 years, the Christmas TV advert ‘The holidays are coming’ is widely recognised by many thanks to Haddon Sundblom who created the world-renowned image of Santa-Claus that we all recognise today. This year Coca-Cola is celebrating the international icon, creating magical moments through the truck tour.

To find out more about the history of the Christmas Coca-Cola truck, have a look on the Coca-Cola website.

The trucks will come packed with festive cheer, free Coca-Cola, fake snow, Christmas trees, seasonal costumes the incredibly talented singers of souls of prophecy and a gospel choir led by inspiring Future Flame and pride of Britain Award Winner, Jay Kamiraz – each stop will be transformed into a magical winter wonderland.

The following of the Coca-Cola truck gets bigger year on year; many British car enthusiasts are unaware of the following these trucks receive. The trucks have a cult following across the globe – with a community Facebook page called ‘It’s not Christmas until the Coca-Cola advert starts’ with already over 25,141 likes 2 months prior to Christmas – take a look!

Looking to finance a new or used van? We have a range or new and used vans in our database and several finance options to help you too! We can’t source the Coca Cola Vans, but we can assure you that we will work hard to ensure that we find you the best van finance, depending on your credit circumstances.