Peter Rodger has been Chief Examiner at the Institute of Advanced Motorists (the UKs largest dedicated road safety organisation) since 2006, responsible for the conduct of the IAM’s advanced driving test both in the UK and abroad.

All About Peter Rodger

Peter retired from the Metropolitan Police in 2005 having served as an inspector in traffic patrol, driver training, and with direct involvement in issues surrounding driving standards in the service for 20 years. He has extensive experience in police driver training issues, having been responsible for training in cars, lorries and buses and on motorcycles, as well as for the more technical training given to police officers in collision investigation, traffic law etc.

His experience includes involvement in the development of policy at both force and local levels. Peter also had practical experience of the investigation of traffic collisions over most of his thirty year police career, including many which involved fatalities. To add a touch of variety he also has experience of teaching cycling to schoolchildren. He is a member of the council of management and a former chairman of the Association of Industrial Road Safety Officers (Airso).

Peter recently answered a series of questions put to him by Credit Plus’ Andy Greeves.

What are the most common mistakes drivers make?

Not leaving enough space in front of themselves, not paying enough attention and not taking enough account for the needs of other people, be it fellow motorists, cyclists, pedestrians etc.

Do you think the current driving test standard is too high, too low or just right?

What I always say about the driving test is that what a passed test means is that you are safe to go learning on your own. Really, that is what the test is there to achieve, so I think it is pitched at the right level. I think it is a motorist’s responsibility to realise that learning to drive safely isn’t something they can forget about when they have passed a test – it is an on-going issue.

Are there any elements you feel could be brought into the driving test to make people better prepared for driving?

As an organisation, we (the IAM) have been saying for many years that the test doesn’t prepare you for as many conditions and situations as it could. One such example is driving on rural/country roads, which is something that could certainly be covered better. 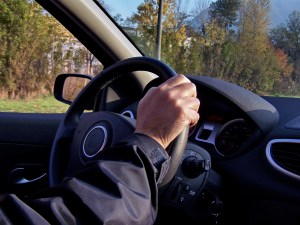 Do you agree that men are most dangerous drivers?

Statistically, yes, men are the most dangerous drivers. You can have your own opinions on which gender makes the better driver, but you can’t argue with facts. The argument that men do more driving, hence they will have more accidents doesn’t stack up either as even with an equal amount of driving exposure, men still have a worst accident rate than women.

What’s the worst thing that someone has done while you’ve been in the car with them?

The person will have to remain nameless of course! It was probably a time when someone pulled out from behind a long lorry and attempted to overtake on a muddy road when the overtake wasn’t on. We spun in the road and hit the bank sideways. I was pretty glad to get out of the car it must be said.

What can drivers do to mitigate the effects of the low sun in winter?

Where ever possible, you should do what you do with headlines – i.e don’t look directly at it but slightly to the side. When the sun is directly in your line of sight, there is little you can do about it really. You can wear sunglasses, but you usually only need those for a short period of time and they become a nuisance for the rest of the journey.

I know there is a part of the M1, where at this time of the year, the sun pretty much sits on the bottom of the road during the rush hour. You have to keep looking where you are going and if the sun happens to be there, so be it. Squinting, screwing your eyes up can help a bit, but you can’t really make the problem go away I’m afraid.

What is your favourite car that you have driven and what would be your dream drive?

To be honest, I have driven hundreds of cars in my role and have also owned ten to fifteen different cars, so I can’t say I am someone that is that bothered about what car it is I drive. You have different cars to suit different situations in your life and I’ve always done that. I certainly don’t dream of what car I’m going to drive next. I must say the thing that is most exciting is the surprise of what car you drive next. 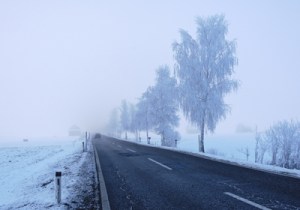 Why can’t Britain deal with snow?

The simple is answer is because we don’t have to deal with it enough. I was in Finland last week on a winter driving course with the Finish police. They have snow and ice on the road there from October to March every year and the vast majority of cars have winter tires, indeed most are studded now in order to deal with those conditions. I live inside the M25 along with the best part of 10% of the British population and how often do we see snow? Maybe six or seven days a year at most and for most years, it’s substantially less than that. We have hugely variable and unpredictable weather and as a result, we never gear ourselves up for snow as we don’t know that far in advance that it is coming.

What advice would you offer motorists setting out on a long trip?

Always plan your journey in advance and even if you are using a sat-nav, it makes sense to have a reasonable idea where you are going. Take breaks during a long journey and factor that into the time you are looking to get somewhere and make sure you plan extra time for the almost inevitable delays to your journey too.

Do you think the police and public could more closely together to make our roads safer?

That’s an interesting question. What is noticeable these days is that there are less numbers of police patrols on the road and it’s important to remember our responsibility to drive safely – not only when the police are around. As an organisation, we (the IAM) try to build relationships between the police and the public, but in all honesty the greatest responsibility for us as motorists is to behave properly on the roads.

How much of a hazard has the rise in popularity of mobile phones and sat-navs caused over the past few decades?

People often think about the mobile phone as being this massive disaster for road safety but the statistics don’t bear that out. There are relatively few serious incidents every year where the mobile phone is proven to be a significant factor in the accident. Casualties as a result of driving incidents have been on the decline for many years, though there has been a slight rise in the last 12 months.

The fact that there aren’t many accidents caused on the roads by mobile phones is in part because of good engineering and in-car devises to answer calls. We have also, to a certain extent, become more disciplined as drivers and are only answering/making calls when it is safe to do so. 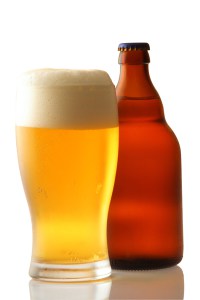 What are the biggest threats to road safety?

Drink-driving remains a massive issue without doubt. We need to find a way also to make younger drivers better drivers too. It is not just in the UK, but a global issue, that young, male drivers are a particular problem.

I can foresee issues with older drivers over the next couple of decades. The ‘baby boomer’ generation are all getting close or are in retirement age and they have been used to mobility and getting around in car in ways that previous generations haven’t for example. Older drivers on rural roads for example is definitely an area I can see problems.

Do you support the re-testing of older drivers?

Statistically speaking, the older generation are the safest on the road which is somewhat ironic given what I have just said. Testing is a very expensive and logistically, a difficult process to set-up. By going down that route (imposing re-tests for older drivers), you would be spending vast sums of money on an area that is actually the safest group on the road. There are more practical and cost effective ways we could be helping improve the driving standards of all demographics on the road.

What are your thoughts on the proposed increase of the motorway speed limit to 80mph?

I would say, try it on a controlled section of motorway to begin with and see how you get on. There is a lot of traffic already travelling on our motorways at 80mph it must be said. Increasing the speed limit to 80mph wouldn’t necessarily be dangerous or bad thing to do. The main concern though is that raising a speed limit could encourage people to then be driving in the 90mph plus range, which is definitely a worry.

I don’t think increasing the speed limit on motorways to 80mph would ultimately cause more accidents, but nor do I think it would really speed up journeys.

Do you think introducing more toll roads/motorways could be a good way of raising revenue to increase the quality of our road infrastructure?

The British motoring public does not trust the government, and by that I am not referring to any political party government but I mean governments in general, when it comes to paying any more money for our usage of the roads. We already pay a premium as motorists to drive on British roads and the government would need to think very carefully if it wanted to go down the path of introducing more toll roads and motorways.

A major area for consideration would be the traffic that leaves the motorway and goes on to roads elsewhere. Our motorways are statistically far safer places to drive than the rest of the road network. It would be irresponsible to create an environment where vast number of drivers want to avoid driving on the motorway if they can.

I also feel that could this be a way of gaining money is one area only to need to spend more in another.

The IAM is the UK’s leading independent road safety charity. We passionately believe that our roads can be made a safer place by improving the standards of the people who are using them. With over 50 years of experience, passion and insight, the IAM is uniquely positioned to help improve the skills and understanding of UK drivers, riders & cyclists. For more information visit www.iam.org.uk.