Since first appearing on our television screens back in 2003 as Lord Sugar’s trusted aide in The Apprentice, Nick Hewer has featured on a number of television programmes, not to mention his presenting role on Channel 4’s Countdown.

Two of Nick’s major broadcast projects of late have combined his love for travel, passion for cars and commitment to a charity close to his heart. Back in 2008, he drove the 9,000 mile route of the Mongol Rally from London to Ulan Bator to raise funds for international charity Hope and Homes for Children (HHC), which works with children their families and communities across ten countries in Europe and Africa. The charity aims to move children out of institutions, such as sweatshops, and into family-based care. 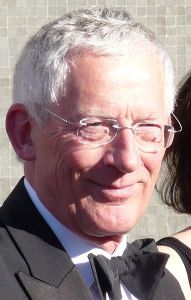 “I set off from London in ‘Hortense’, a 20-year-old plus Renault 4L, which is the best car for the rally,” recalls Nick, who recorded a video diary for The Telegraph newspaper on his incredible journey. “Some 50 days later, and having passed through 14 countries, I arrived in Ulan Bator. I stopped off in Romania to see the work HHC are doing there which is fantastic. I wasn’t part of the main rally, heading off as a solo traveller three weeks before everyone else. The whole experience was incredible and I’d do it again in a heartbeat.”

More recently, Nick took to the road again with Sierra Leone his destination. The PR guru, who owns property in Northamptonshire and France, was moved by a previous visit to the country and the entrepreneurial spirit of youngsters there, despite living in abject poverty. His vow to support HHC’s development work there was demonstrated in the most extraordinary way, as he drove 5,000 miles to the country to bring equipment to the West African state, which featured in a Channel 4 documentary.

“I was in Sierra Leone a few years ago filming for HHC, when I met some young lads who wanted to be carpenters,” says Hewer. “There was one youngster in particular called James Conteh, who impressed me greatly because his entrepreneurial attitudes. So after that visit, I planned another, going on a land trip carrying carpentry equipment with me. I headed off with a trailer carrying an industrial saw and generator and it was a fascinating personal journey for me.

“As well as bringing the equipment, one of the first things I did was open a bank account for James and give him some business cards. Vistaprint are the company that kindly supplied the business cards. They are active across Sierra Leone supporting a charity called Street Child (indeed, they also sponsor the Sierra Leone Marathon) and later this year, they will be giving him a huge parcel of business cards, posters etc supporting his business.”

The launch of the The Apprentice back in 2005 prevented Nick retiring early to his home in the French village of Tarn-et-Garonne. The 69-year joie de vivre is unmistakable as is his relevance in the modern business world. On “rare free weekends”, you might even spot him cruising round country roads in Northamptonshire in his racing green V12 Aston Martin DB7 or a 1931 Austin Seven ‘Swallow’ Tourer. 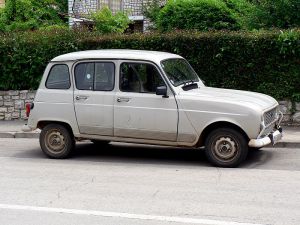 “I bought the Tourer at a Bonhams Oxford sale house recently,” says Nick. “It’s a two-seater, open top which is the size of a loaf of bread and powered by a 750cc engine! I also have a 6-litre, twelve cylinder Aston Martin, which is one of the Vantage range. These two represent opposite motoring extremes with one being rudimentary to say the least while the other one is so fast I am terrified of it! It’s a great thrill being able to drive them both.”

Despite owning an impressive collection of automobiles – ranging from his top-of-the-range Aston Martin to a 1957 Ferguson diesel tractor, known as a ‘grey Fergie’, which he used to pull a mower around the two acres of land around his Northamptonshire home – Hewer insists he is not a collector.
“I love old and rather idiosyncratic cars and machinery,” he says. “I’ve got Willis Jeep for World War II and a Citroen Dyane which still runs as good as new. I’ve also got another Renault 4, called ‘Maude’ which is the sister of ‘Hortense’, which I drove on the Mongol Rally. I wouldn’t really describe myself as a collector though as many of them, apart from the ‘proper’ cars are I drive are beaten up old things. But I certainly like cars and enjoy driving, when I get the time to do so.”

Nick’s opportunity to spend a free weekend with the wind in his hair doesn’t look likely any time soon, with The Apprentice set to return to our screens in May (though there is no fixed start date at the time of going to press). “I can’t give you a start date, but what I can promise is fireworks when it does return,” he smiles. “The candidates are real livewires this year and the programme with be appointment television as usual”.

Details on Hope and Homes for Children can be found at www.hopeandhomes.co.uk. The Apprentice is back for it’s 9th season on BBC One. Catch up on the first episode (originally aired Tuesday 7th May) on the BBC iPlayer and Episode 2 airs on Wednesday 8th May on BBC One at 21:00.