Is the electric car market set to grow in 2013?

Is the electric car market set to grow in 2013?

There is no doubt that 2012 has been something of a turning point for the worldwide electric car market although perhaps sales have not been as strong as many had predicted. There are many possible reasons as to why sales were a little disappointing, none more so than the worldwide economic situation which has yet to recover from the US credit crunch part that began in 2008.

However, there are many reasons to be cheerful about the electric car market going into 2013, but what does the future hold?

Were expectations too ambitious for 2012?

In many ways the electric car market has been reborn over the last few years and many experts thought that 2012 was set to be the turning point for the sector. We have the manufacturers in place, we had promises of government financial assistance, we had commitments to environmental issues and perhaps more importantly, consumers were beginning to take notice of electric vehicles. So what went wrong?

Despite the fact that governments around the world are very keen to offer subsidies and discounts for environmentally friendly vehicles, the reality for many people at this moment in time is that funds are tight and they would rather stick with traditional vehicles for now. The tide is beginning to turn and people are beginning to consider electric vehicles although perhaps the price of electric vehicles is still out of the reach for the average family? 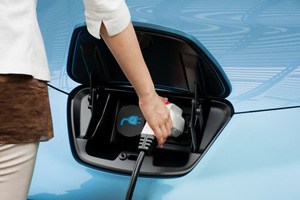 Will 2013 be the tipping point for electric vehicles?

As we enter 2013 with many eyes still focused on the difficult worldwide economic situation there is growing optimism that electric car sales will double in the UK during 2012, a prediction that bodes well for the future. While this doubling of sales was from a relatively low base it does show that there is demand, it also confirms that electric cars are not out of the reach of everybody and indeed more importantly, the technology is something which is being talked about in homes around the world.

The price of oil has played a major role in kick starting the electric car market as well as great improvements in technology which are also catching the eye of consumers. However, more importantly, there are high hopes that further technological advances will bring down the cost of electric vehicles as a whole.

Are governments around the world doing enough?

If you were to look at the global press during 2012 and scan any comments from governments around the world with regards to electric vehicles and environmentally friendly fuels, you would literally find millions of articles. The reality is that many governments around the world have been particularly vocal in this arena. However, many are yet to deliver the financial support which they promised. Hopefully 2013 will be the year when they do begin to deliver.

Many years ago governments around the world signed up to various international agreements which effectively committed them to reducing carbon emissions. One of the more favourable ways of doing this is to introduce electric vehicles, and other alternative fuel types to supersede the traditional petrol/gasoline powered vehicles. As expected this will be a slow process and will not happen overnight, but there is growing pressure from political activists to ensure that governments such as the UK and the US do eventually deliver on all of their promises. 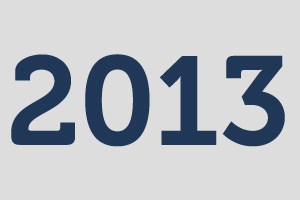 There are perhaps two names in the electric car industry which continue to grab the headlines time and time again. These are Nissan and Tesla Motors. Nissan have delivered the ever popular Nissan Leaf and Tesla Motors has taken sports powered electric cars to another level. You could argue that these two companies have to all intents and purposes been the face of the electric car market over the last few years. However, the reality is that many of the manufacturers that are putting less effort in to their electric vehicle projects will struggle to make up for lost time.

We have the likes of Chevrolet, Ford Motors, BMW, Ferrari, Toyota, Renault and a whole host of well-known car manufacturers now looking to cement their place in the electric car market. Despite some disappointment in relation to electric vehicle sales around the world during 2012, we did see a major increase in the number of concept vehicles introduced at motor shows.

Do concept vehicles make you wonder?

Historically only a small percentage of concept vehicles ever make it to market in their initial format although many cars of the future will incorporate some of the new technologies, aerodynamics, etc, from concept cars of the past. The fact is that concept cars are just that, concepts based on how individual car companies believe the market and technology will progress in the future, but they do give you a taste of what you can expect.

We have seen some amazing concept cars from a whole host of car manufacturers around the world incorporating the latest Bluetooth technology, regenerative braking systems, amazing aerodynamics as well as cars which are able to incorporate electric power from lithium ion batteries together with solar power from the sun. These have certainly given us a taste of what could be ahead of us in the electric car market. While many are concerned at the relatively slow increase in sales it seems as though there is more to come. 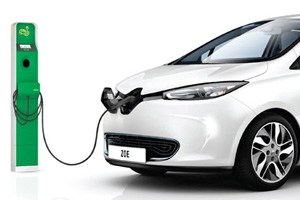 One subject that is mentioned time and time again by consumers and car manufacturers is the relatively small number of charging stations available around the world. Many governments and local authorities have invested significant funding into building charging stations, but the relatively slow improvements in battery technology has had an impact upon the image of the industry. However, it seems things are changing!

The last few months have seen a number of new and improved battery power sources released to the market. This has given renewed hope for greater advances in battery technology during 2013 as well as a significant up scaling of the number of charging stations around the world. These factors will assist the market in growing in the short, medium and longer term and indeed could allay many of the fears, many of them unfounded, which the general public maintains about the electric car market.

In many ways the industry has put the cart before the horse, due to the fact that battery technology has not advanced at anywhere near the same speed as electric car technology. This has been recognised by many car manufacturers, governments and consumers, which has prompted significant investment in battery power technology and this is starting to pay dividends.

The transfer from traditional fuel powered vehicles to electric vehicles, and other fuel sources, was always going to be a slow process. This is predominantly due to the early stage at which battery technology is at the moment – together with misconceptions amongst the general public. There are also various groups around the world who have a vested interest in maintaining the status quo between traditional petrol/gasoline powered vehicles and alternative fuel supplies – at the end of the day, money does talk to a certain extent!

That said, there was significant progress during 2012 and there are high hopes for 2013. Even with setbacks such as the Nissan Leaf battery problem and the limited journey capacity among some vehicles, it would take a brave person to back against the electric car sector growing here on in. Governments will need to play their part with regards to additional financial support for consumers and car manufacturers, but with many already being held to task by various green lobby groups the pressure is certainly building to deliver on past promises of financial support.

We may need to wait until the worldwide economy is back on an even keel before we see the underlying strength of the electric vehicle market come through. In the meantime there is no doubt that this sector is still bubbling nicely with demand growing, major technological advancements and a greater awareness of the potential benefits to the environment. While perhaps not the “perfect storm” situation that many electric vehicle enthusiasts had hoped for, there is no doubt there is significant room for improvement and growth in the short, medium and most certainly longer term.