This year the LA Auto Show has hosted the brightest and best in the world of motoring, and amongst the numerous vehicles there are some incredibly interesting and stunning cars on display.

We’ve listed some of the biggest, most highly anticipated reveals of the show that caught the attention of the press and the public alike. 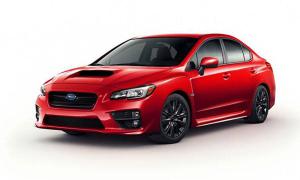 One of the most highly anticipated reveals of the show, the 2015 Subaru WRX is something of a departure from the concept car shown at the New York Auto Show. Its looks are rather more conservative, as if Subaru are finally allowing the WRX to move on from the boy-racer look that has become its trademark. The influence of the ever popular Impreza on the design remains obvious, despite Subaru’s apparent attempts to differentiate the WRX from the regular Impreza models.

However, the Subaru WRX line has never really been about appearance – far more important is what is under the bonnet. Gone is the old turbocharged 2.4l engine, replaced by a new streamlined, turbocharged 2.0l engine. There’s no significant power increase though, the new WRX delivering 268hp – just 3hp more than the outgoing model. The six-speed manual has finally been standardised in all WRX models, whilst automatic versions are equipped with Subaru’s Sport Lineartronic CVT, a move which has been criticised by some.

As one of the leading performance cars in its price range, the Subaru goes up against competitors such as the Ford Focus ST and Volkwagen GTI – the question is, have the company done enough to best their rivals? 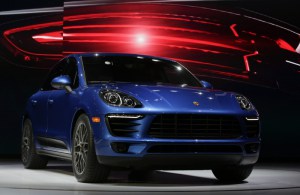 The lead up to the reveal of the Porsche Macan has been highly publicised, helped along by numerous teasers from the company as well as leaked photos. The new car from the company debuted at both the LA Auto Show and the Tokyo Motor Show, and is marketed as the sports car of the SUV market.

The Macan is Porsche’s first compact SUV, following the huge success of the Porsche Cayenne. The Macan S sports a 3.0 litre V6 bitturbo engine coupled with a seven speed double clutch transmission. It stands up to Porsche’s sport reputations, with a 0-100km/h in 5.4 seconds and a top speed of 158mph, boasting an impressive 335hp.

The Macan Turbo is the quickest model on sale, powered by a larger 3.6 litre V6 used for the first time ever in a Porsche. It produces 394hp, reaching 0 to 100kmph in just 4.8 seconds and a top speed of 165mph.

All models are offered with an off-road mode as standard, with optional air suspension (included as standard on the Macan Turbo) as well as the option of having ground clearance increased by 40mm.

The Macan is yet another impressive addition to the Porsche clan, but something seems to have gone awry with the pricing – though the hefty price tag is to be expected, it is actually due to cost more than the larger Cayenne. 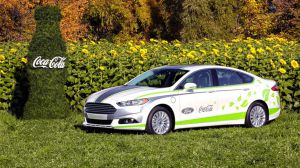 Ford have teamed up with soft drinks giant Coca-Cola to create a special edition Ford Fusion that uses PlantBottle Technology interior. PlantBottle packaging has been used for Coca-Cola products for some time now, but this is the first time that is has been developed into a fabric for use other than bottles. The technology is applied wherever PET plastic is used, replacing the petroleum in the plastic with plant based material which is renewable, thus reducing the carbon footprint associated with the plastic.

The two companies may seem like an odd pairing, but teamed up because they felt that their respective company values surrounding eco-friendly products paired well. The use of the technology demonstrates just one of the ways that PlantBottle technology could be used, and the team at Ford are certainly singing the praises of the fabric used in the Ford Fusion. 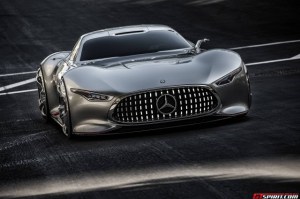 The much loved Gran Turismo games have been around since the times of the original Playstation, and this year it celebrates its 15th anniversary.

Renowned for bringing the most popular and exciting supercars to the gaming world, as well as concept cars that never made it past the motoring show, Polyphony Digital, developer of the Gran Turismo series, set a challenge to the world’s supercar manufacturers to create a real life concept car that showcase the future of sports car design.

Mercedes AMG have been the first to give it go, and the supercar concept they have revealed at the LA Auto Show is a marvel. It is sleek, low and imposing, designed to capture the image of a predator about to strike, with oversized wheel arches and a front end of huge proportions. It is a car that will fit in perfectly with Gran Turismo, but being a concept, it’s highly unlikely you will ever see it on the streets.

The Mercedes Benz AMG Vision Gran Turismo draws inspiration from the famed 300SL, and runs a turbocharged V8 petrol engine, giving it 577bhp and 590lb ft of torque. The car has a virtual aluminium spaceframe body which weighs 1385kg and has a power-to-weight ratio of 417bhp per tonne. 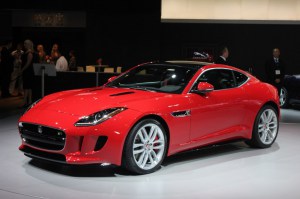 One of the most popular cars of the show, the Jaguar F Type Coupe, was visited by the likes of Simon Cowell and Miranda Kerr, and became a fast favourite with motoring journalists.

Toted by Jaguar as the “most dynamically capable, performance focused” car in the sector, the F Type R Coupe goes up against the likes of the Porsche Cayman and 911. This new model brings with it a 5.0 litre supercharged V8 kicking out an incredible 550hp, taking only 4 seconds to accelerate from 0-60mph.

Not only this, but the car is nothing short of beautiful. The new hard top streamlines the car, creating one continuous line from front to back, and an elegance that Jaguar seems to have mastered.

Buying the car will however set you back at least £60,000 – and that’s for the lowest model in the range. With a price tag exceeding that of the convertible F Type, some critics are asking the question why, and it would seem that Jaguar, like Porsche with the new Macan, have priced the F Type somewhat optimistically.

Did you enjoy this article? Why not take a look at the Top 5 Highlights from the Tokyo Motoring Show which took place this week as well?