As the 2016 Formula 1 season draws to a close this week, it feels very much like the end of an era as two of perhaps the most recognised faces in the paddock look to retire after completing the season.

World renowned drivers Jenson Button (McLaren Honda) and Felipe Massa (Williams Martini Racing) have announced their departure from the world of Formula 1 after paving incredible careers for themselves. As it currently stands however, it’s unknown about the involvement of Button as he recently announced that he would become a reserve driver and ambassador for McLaren until the 2018 season.

As these two undeniably great talents verge on leaving the F1 tracks in their dust, we’ve put together their formidable statistics and achievements throughout their gripping careers. Check out our infographic below:

Born in Frome, Somerset, on 19 January 1980, Button had a thirst for racing at an early age. At the age of eight he started kart racing where it soon became apparent that he was a natural. In 1989, he won the British Super Prix, with a spiralling winning streak that saw him go on to win 34 races of the 1991 British Cadet Kart Championship.

It was when Button turned 18 that he turned his attention to car racing, where he won the British Formula Ford Championship with Haywood Racing. Button gained recognition in 1998 by winning the annual McLaren Autosport BRDC Young Driver Award; he entered into the British Formula 3 Championship in 1999, winning three times with the Promatecme team, where he finished third overall. A year later saw Button entering the world of Formula 1 by joining the well respected Williams team.

During the 2003 Monaco Grand Prix, Button was involved in a severe crash during Saturday morning practice. Button managed to escape the scene without any visible injuries and remained conscious throughout treatment, having thankfully only suffered from severe winding; nothing short of a miracle as his car hit the barriers at more than 170mph. Against his wishes, Button was forced to withdraw from the weekend event as a result of this dramatic crash.

Despite all odds, Button took the motor racing world by surprise by in 2009 by winning the world championship with his then-team, Brawn. With his previous team – Honda – withdrawing from F1 in late 2008, Button was without both a team and a drive for the 2009 season. However, just three weeks before the start of the first race of the new season in March, Brawn – who bought out Honda – confirmed Button as one of their drivers, with Button reportedly taking a 50% pay cut for the privilege of remaining in Formula 1.

Due to Button’s outstanding driving, he managed to win six of the first seven races on the 2009 season, surpassing all expectations. As the season drew out, Button became more cautious during races, which saw him fail to win any further races. However, by accumulating enough overall points and putting in an outstanding penultimate performance, Button took the driver’s championship title with one round to spare. As a result of this incredible feat, Button was awarded an MBE in 2010 for his services to motorsport. 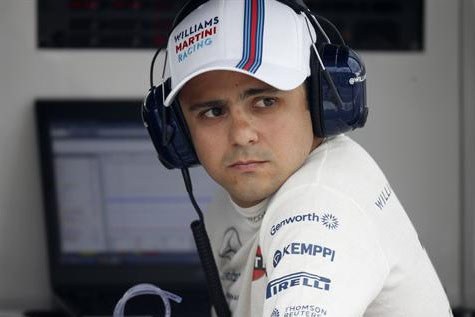 Born on 25 April 1981 in the Brazilian city of Sao Paulo, Massa showed a passion for the life of racing at a young age. Like Button, Massa began his kart racing career at the age of eight, where he managed to finish fourth in his debut season. For seven years Massa engaged in national and international championships, eventually moving into Formula Chevrolet in 1998, where he finished the Brazilian championship in fifth place. This was just the start for Massa as in the following season, he managed to achieve three wins out of ten races, which saw him claim the championship.

Eventually Massa turned his attention to Europe, moving to the Italian Formula Renault series in 2000 where he claimed the Italian and European Formula Renault championships. He then entered Euro Formula 3000, taking it by storm, winning six out of eight races to clinch the championship title. As a result of his previous success, Massa was offered a Formula 1 test with the Sauber team in 2002, who eventually signed him.

Massa suffered a monumental crash during the second part of qualifying at the 2009 Hungarian Grand Prix. As Massa flew around the track at approximately 175mph, he was struck by a spring which detached from the rear suspension of Ruben Barrichello’s Brawn. The metal spring smashed into Massa’s helmet, fracturing his skull after penetrating his visor dangerously close to his left eye. Massa was airlifted to hospital after the freak accident and received emergency surgery. However, Massa displayed extraordinary courage as he re-entered the tracks just 11 weeks after his gruesome accident.

With 15 years of exhilarating racing, full to the brim with highs and lows, it’s safe to say Felipe Massa has achieved some spectacular career highlights. However, his self-professed greatest achievement would be winning the 2006 Brazilian Grand Prix. Massa managed to snatch the title from Fernando Alonso, and fulfilled his childhood dream of winning in Brazil, his home country, becoming the first Brazilian to do so since Ayrton Senna in 1993.

Apply to us today

It’s the end of an era in the world of F1 as Massa and Button take a bow and step down from their world renowned and breath taking careers.

But as we say goodbye to two of Formula 1’s iconic drivers, why not say hello to your very own dream car? Through our extensive car search, Creditplus can find you your perfect car (sadly not an F1 race car) and the perfect finance deal for you.

Get in touch with our Customer Advisor team today on 0800 1777 290 or apply by completing our simple, 2-minute application form.