A survey commissioned by Gocompare.com has revealed that many British drivers are unprepared for driving abroad. With the busy summer holiday season starting soon, the findings will come as a warning to many considering a road trip in Europe.

The research asked a selection of British motorists questions about driving across Europe and the results are staggering. 40% of those surveyed said they were planning a foreign driving holiday, but just 50% of this number said they checked the driving laws and regulations before travelling. A further 1 in 10 travellers stated that they thought that driving laws were the same in every country. 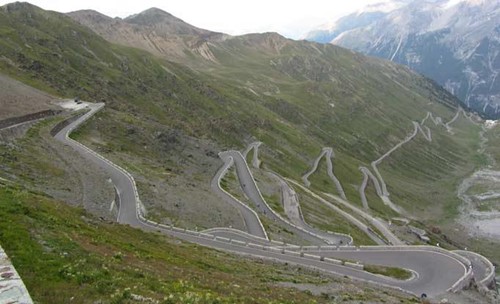 The famous Stelvio Pass in Italy.

Back in July last year we wrote on changing motoring laws across the EU. Fines for speeding are on the increase, with police in many countries able to issue on the spot fines. A large fine can potentially ruin a holiday, especially with many families travelling to a tight budget. The results of the survey show just how unprepared British drivers are, putting them more at risk of unwittingly breaking the law.

In addition to not knowing the rules of the road, many drivers are not carrying the equipment required by law in the country they are visiting. In Spain, you need to take a spare set of glasses if you need to wear a pair to drive. Just 16% of those surveyed knew this to be the case. In France, you need to carry your own breathalyser with you. Just 23% knew that this was a requirement, In many countries, it is illegal to take any petrol cans inside your car, whilst some have a zero tolerance approach to drink driving, even with very small amounts. The opportunities to get caught out are only likely to increase. 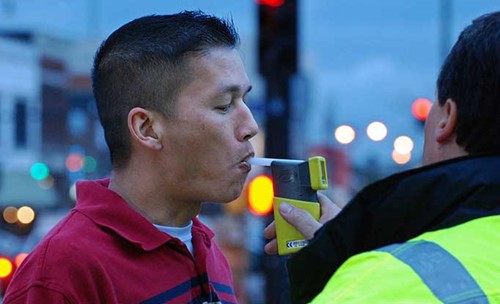 Driver’s need to bring their own breathalyser when driving in France.

Matt Oliver, car insurance spokesperson at Gocompare.com, said: “Our research found that many holidaymakers could be putting themselves at risk by not preparing properly before driving abroad. Speed limits, traffic signals and priorities, local rules on alcohol limits, the use of mobile phones and safety requirements differ from one country to the next. So, many people could find themselves facing on-the-spot fines or run the risk of an otherwise avoidable accident if they fail to plan ahead.”

To help drivers understand the different driving laws from country to country, Gocompare have come up with an interactive European driving map. The map allows you to select each European country to see a summary of the driving rules and regulations, a handy guide before making any journey abroad.

“Gocompare.com has created an interactive European driving map to allow drivers to check the key motoring rules and requirements of European countries they are planning to visit,” said Matt Oliver, “The interactive map also allows drivers to print out the information they need to keep in their glove box, along with their phrasebook.”

The important thing when travelling abroad is to remember the Cub Scout motto – “Always be prepared.” Doing your research in advance of making any journey is the best way to avoid any trouble with local law enforcement. Doing the hard work now will mean you can relax and spend more time enjoying your holiday, instead of wondering where you’re going to get the money to pay that hefty fine.

What gets tested during an MOT?

How can I stay safe when buying or selling a car online?

What can I do if my car hits a pothole?