Parking At A Premium

Parking At A Premium

Renowned for being a city of firsts, New York City provided a motoring landmark moment last summer when property firm Prudential Douglas Elliman offered the world’s first-ever $1m parking space for sale. The 12 foot wide, 23 foot long garage on 11th Street in the heart of Manhattan was being sold with the option to ‘duplex’, allowing a lift to be installed that enables two cars to be parked there.

Buying the space would be the equivalent of paying a $115 parking ticket every day for 24 years and on top of the price of the garage, you would also have to buy one of the condos in the attached building. For those whom money is no object, why not splash out on the building’s penthouse – with 8,000 square feet of living space – on sale at a cool $38.8m. If money is tight, the city’s second most expensive parking spot is a 300-square-foot ‘en suite’ garage, with a high, six figure price tag situated in a $7 million penthouse on 11th Avenue.

Not Just The USA 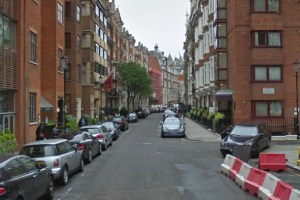 Not to be outdone by our American cousins, the UK and specifically London takes some beating when it comes to the price of parking. Research conducted by Colliers International in 2011 revealed that London had the most expensive monthly parking charges of 156 urban areas around the world which were 20% higher than the second most expensive city – Zurich in Switzerland.
Colliers found that the average monthly cost of London parking was around £670, with Zurich second at £510 and the likes of Hong Kong, Rome and Tokyo all coming in around the £460 mark. New York, at an average of £335, had monthly car parking rates nearly half that of London.

While not quite in the million dollar category, a parking space thought to be Europe’s most expensive was sold in London in 2011 for £200,000. On top of that fee for the underground space in Basil Street in Knightsbridge, an annual service charge of £710 applies. There is one upside though. Over the 90 years of the lease, the space costs just 33p an hour, making it 90% cheaper than the normal parking rate in the area… bargain!

Parking charges in London are pretty staggering and that’s not only when it comes to buying your own space. Car parks in the capital come at a premium also, such as the NCP Pavilion Road Multi storey car park on Pavilion Road in Knightsbridge that has 300 spaces priced at £48 for four hours parking. A 2.5% surcharge also applies if you pay for your parking on your credit card.

British airports are also ‘sky high’ places to park, with fees for car parking often more expensive than to park a plane! A short-stay car park at Heathrow Airport costs over £51 for 24 hours of parking, while at Liverpool John Lennon Airport you pay over £40 for the same duration. Parking a plane at Liverpool John Lennon Airport would cost just over £10 for 24 hours, while a day’s parking at Manchester Airport costs more than £35 while a visiting Emirates ‘super-jumbo’ incurs no charge at all.
When it comes to the king of car parking spaces, that title has to go to Asian millionaire Jacinto Tong. Ten years ago he brought two parking spaces in the heart of Hong Kong. Home to some of the most expensive property in the world, average Hong Kong house prices have doubled and so too has the value of Tong’s spaces – each valued at $640,000 in today’s money. With average monthly parking charges of $744.72, Hong Kong edges Tokyo as the most expensive place to park in Asia.