This weekend the horror film “Annabelle” is released in cinemas to scare and terrify audiences across the country. The follow up to 2013’s “The Conjuring”, Annabelle tells the story of a family battling an evil possessed doll. There are a lot of spooky possession stories from across the world. Did you hear the one about the village in Cornwall with the possessed cars? 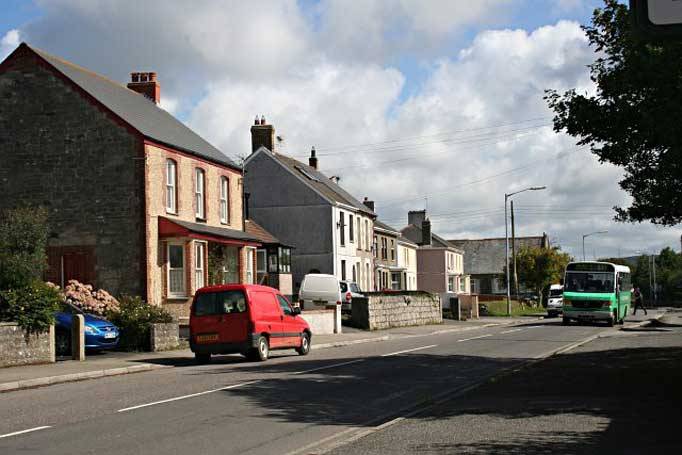 Summercourt – a quiet village with a dark secret?

Summercourt is a quiet, peaceful village based in the heart of Cornwall just a few miles away from Newquay. Most famous for its summer fair, one of the oldest of its kind having been ran for 800 years, Summercourt made headlines for an altogether more sinister reason earlier this year.

Residents began noticing that their cars were locking and unlocking by themselves, whilst others would refuse to start. In one frightening case, a child was trapped inside a car as it locked itself, causing immense distress for the child and its panicked mother. Locals were baffled by this strange behaviour, suspecting something supernatural was afoot. Some residents went so far as to call the place “The Summercourt Triangle”, named after the famous “Bermuda Triangle” in the Atlantic Ocean.

Local residents tried numerous things to solve the problem. Changing the batteries in their key fobs, having their cars inspected by mechanics, nothing seemed to work. Some took their cars out of the village to inspect them, but the problem disappeared. It was only in Summercourt that the “possession” took place.

The causes of the strange behaviour are still not entirely known. One expert, Mike Parris from car technology firm SBD, stated that he believed the cause was radio interference, not an entirely rare occurrence. In an interview with the BBC, Mr Parris said “The most probable cause is accidental radio interference, which is not unheard of. Residents could try and keep a log of when they have difficulties, the locations which are worse and anything which helps to pinpoint it. These things are notoriously difficult to pin down.”

Only happening amongst 30 or so cars and only on certain areas of the village, the mystery remains until this day.

A Work Of Pure Evil

Okay, so the Summercourt story is hardly Christine. When it comes to possession stories, it isn’t up there as the most scary. No blood has been shed, which can’t be said for the car believed to have inspired Stephen King’s famous novel – a 1964 Dodge 330 Limited Edition, also known as the “Golden Eagle”.

First purchased as a car for the Old Orchard Beach police force in Maine, USA, it was sold after three officers who drove it died in mysterious circumstances. It was then bought by an elderly local man before transferring to its current owner, the Allen family. It seems the Allen’s have been spared but that hasn’t stopped the car’s bloodlust. Throughout the 80s and 90s, local youths vandalised the car, only to die in horrific auto related accidents shortly afterwards.

The creepiest story comes from 2008. A young boy was challenged to touch the car as a dare from his friends. Two weeks later, he murdered his entire family before burning his home to the ground. Since then, the car was bought by a local church group to save its demonic ways from hurting any more people.

Fact or fiction, possession stories continue to grow in popularity as people seek to explain the unexplainable by looking to the supernatural. With rumours and wild stories spreading even further on the internet, there are sure to be more demonic vehicles coming along soon. So until then, why not look at the original and best, by watching “Christine”, John Carpenter’s masterful adaptation of Stephen King’s novel.

More from the Creditplus blog: Wondering what racing game to buy next? Have a look at our Autumn preview of all the great racing games coming soon. The best car videos of the week – awesome art, close calls and Russian bravery. Click here for our rundown of the best videos we found this week.