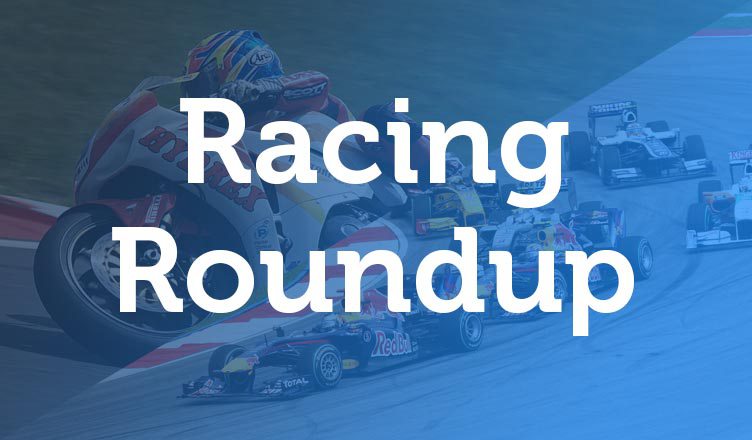 Here’s our roundup of all the latest motorsport news and action.

Following the second day of testing in Barcelona, it’s clear that Mercedes and Ferrari are looking strong ahead of the season opening Australian GP next month. After completing the equivalent to ten Spanish GP race distances, Mercedes clearly have a super solid reliable car to defend their title with. Furthermore, the car ran nearly the entire distance on the slower medium tyre, with an excited Lewis Hamilton stating he could not wait to “unleash” the car. Clearly Mercedes are looking to dominate once again with Felipe Massa also quick to voice his observations; “It is a warning situation. What they are doing at the track shows that they are going to be there, very very strong again.” With teams having to deal with the shortest pre-season tests in the sport’s history, everyone is fully aware of time pressures to bridge this gap in order to have any chance of fighting with Mercedes.

Meanwhile however, Ferrari are keen to continue with their pace-setting start clocking the fastest times for all bar one of the first four days testing. Although it’s not clear what setup Ferrari have been running and how significant this is considering cars are not yet at their final configuration stage, it’s still a promising start. It will be interesting to see if Mercedes have indeed been holding back on their true potential with their almost sole use of the medium compound tyre. But for the sake of close competitive racing, let hope they don’t have too much!

There was no shortage of excitement at the first race of the WSBK season. Reigning world champion Jonathan Rea took both race wins with a flawless strategic performance. Although he won both races with relative ease, it certainly didn’t look that way from a spectators perspective. Chaz Davies, with a clear disadvantage of straight line speed from the Ducati Panigale was in no mood to accept defeat and fought solidly for the lead throughout both races. Rea made no secret of who was his main threat, admitting to setting up the bike to directly fight with Davies, stating “My team gave me a bit of a different bike today, a bike on which I was more confident on the brakes. That was growing from Chaz and his moves, like an anti-Chaz bike.” Racing with robotic consistency he appeared in no way pressured from the other riders, taking full control of the races in the closing laps. As with last year Rea is looking very comfortable upon the ZX10, also stating that he believes there is more to come from the Kawasaki; “I feel like we’re working at about 85-90 percent potential of the bike”.

Also interesting to see former MotoGP champion Nicky Hayden began his quest on the Ten Kate Honda Superbike for the first time, at a track where he achieved his first MotoGP podium. Unfortunately the American succumb to terminal front tyre grip issues in race 1 and did well to nurse the bike to the finish line in 9th position. Following some time to analyse the cause of the tyre problem Hayden managed a highly respectable 4th position in race 2. A positive start I would say.

On such a fast technical track the consistency, skill and drive to win of the leading racers proved an exhilarating watch. Little margin was observable between Rea, Davies, van der Mark and Davide Giugliano throughout the duration of each race with multiple changes in position. It was a great start to the year for bike racing fans, again demonstrating why this sport attracts so many fans, and why Phillip Island is one of the best racing tracks in the world.

Read more at Crash.net or keep up with the latest tweets from WorldSBK

Looking To Upgrade You Car Or Motorbike For Something More Sporty?

With longer brighter days, the fun time of year is fast approaching for us tarmac hugging hippies! It’s time to get your wheels in order for the summer so that you can make the most of your time, whether you’re planning a touring trip across Europe with some mates, or a family trip in the UK. Either way you need the performance motor to fully enjoy yourself!

Creditplus offer vehicle finance for your car or bike, new or used, and have numerous options to suit your personal circumstances. We’re confident we can help you so why not get in contact and we’re assign you your own personal adviser who will be more than happy to assist.