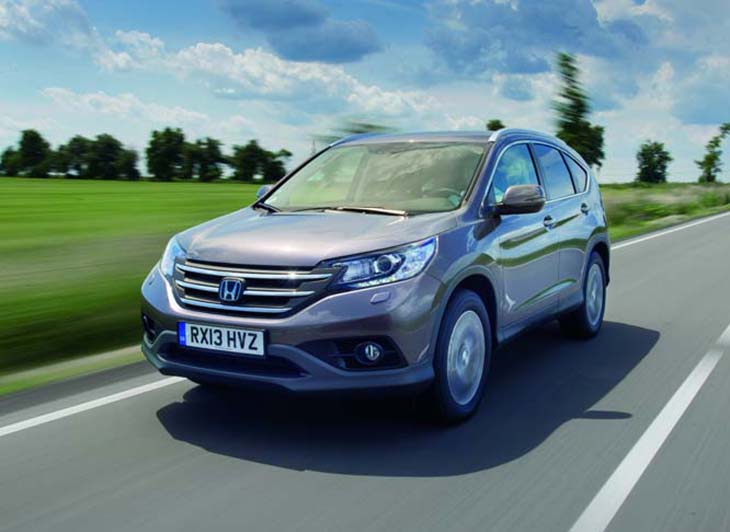 Should I Buy An SUV?

Should I Buy An SUV?

The last two decades has seen a lot of changes in the motoring industry. The move to green technology and hybrid engines. The almost science-fiction level of technology that makes cars safer than ever. But one of the biggest is the move away from estates and MPVs towards SUVs and their slightly smaller but no less rugged crossover cousins.

Since 1994 when the Toyota RAV4 was introduced to Europe, more and more different SUVs have started to appear on the roads. When the Nissan Qashqai appeared in the noughties, the demand for this type of vehicle skyrocketed, with every other car manufacturer working to produce their own crossover. You can even get a crossover Lamborghini!

The popularity shows no sign of stopping. A recent analysis carried out by Creditplus, revealed that in 2018 the demand for SUVs in the market increased from 2017 by 2.96%, with the crossover increasing by 2.07%. In contrast, the most popular segment hatchbacks fell by 4.43%, with saloons and estates also seeing a drop in demand.

What Makes Them So Popular?

SUV’s started off as vehicles for tradespeople and those working in the countryside or off-road. SUV’s have been immensely popular in the USA and Australia, where the large open roads and huge swathes of countryside mean that it’s versatility and durability has proved to be vital.

The roads in the UK aren’t quite so wild. And while you might have seen SUVs being used by forest rangers, farmers or even beach lifeguards, there was little demand for them. The launch of the Toyota RAV4 in Europe changed everything.

Now it wasn’t just a car for the workers. It could be used by anyone who wanted a rugged, sturdy vehicle that gave the impression you were ready for anything, even if you weren’t. Toyota would go on to have more success with the Hilux, famously featured in Top Gear as the presenters tried and failed to destroy it.

Crossover SUVs are the perfect combination of hatchback practicality with the size and styling of the larger SUV. The excellent higher seating position gives you a great vantage point as you drive. You have a much better view of the road than you do in a normal hatchback, meaning you feel like you can spot dangers quicker.

You can also see where you are driving clearly. This might sound strange, but when you are driving a bigger vehicle, having that extra view gives you much more confidence when driving.

Aside from the high seating position, crossovers also tend to be comfortable, thanks to the excellent suspension inspired by the needs of land workers who bought the original SUVs.

The interior styling has also been upgraded for the mass market. Whereas it used to be standard (and almost a point of pride) that SUVs had no frills, focused solely on being practical, modern SUVs come with all the modern conveniences and luxuries that you’d expect in a hatchback or even a saloon. There’s no way you would get a car from Lamborghini or Jaguar that was purely practical.

But the biggest aspect of SUVs and their crossover counterpart is how they look. Estates and saloons have grown rather stale over the years, especially as safety standards means that crumple zones and impact points have become more standardised.

It can be hard to tell hatchbacks from different companies apart. SUVs are big and bold by design. The big size gives them an air of authority, with the different curves and higher suspension adding to that air of superiority.

Big Cars, Even Bigger With Families 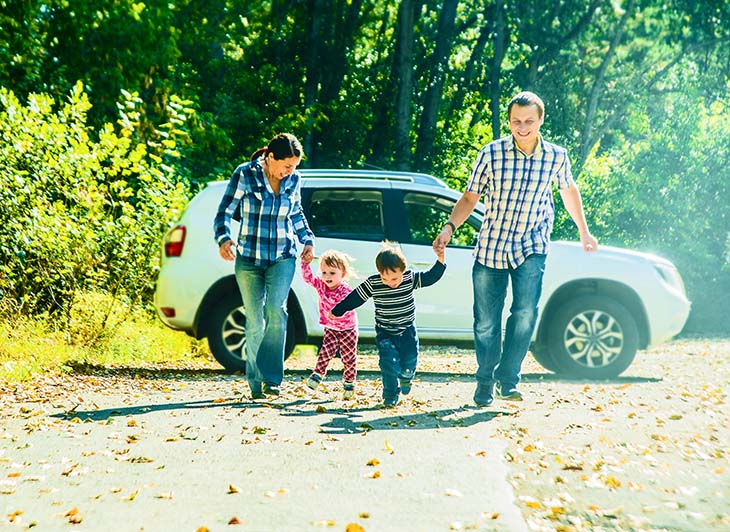 Where SUVs have really taken off is in the family market. It’s rare to see MPVs on the market, with models like the Ford Galaxy and Fiat Ulysses no longer being that common on the roads. You don’t need to buy an ugly, blocky people carrier when you can fit your family in the back of a much cooler looking SUV.

Safety is the biggest factor when it comes to family cars. And while it may look bigger and sturdier than other cars, is the SUV really that much safer?

Euro NCAP is the gold standard for safety tests and SUVs seem to always excel. Not just for adult protection, which is where most of the safety features are focused.

But child protection is also at a high level. Most SUVs are designed with families in mind, so you can expect to find ISOFIX child car seat points throughout. Add to that the excellent driving position which does allow you to spot dangers more quickly, and you have a car fit for your family.

From Off-road To Your Road

While the hatchback continues to be the most popular segment, SUVs and crossovers are catching up. As more and more cars become available on the used car market, as well as the proliferation of models amongst all the car companies, it will become a much more attractive option to drivers as they choose a car to protect their family.

Hatchbacks, saloons and estates sales continue to drop year-on-year, even here at Creditplus where these models make up 53% of our sales. In contrast, SUVs and crossovers have increased, with 31% of our customers choosing this type of model. 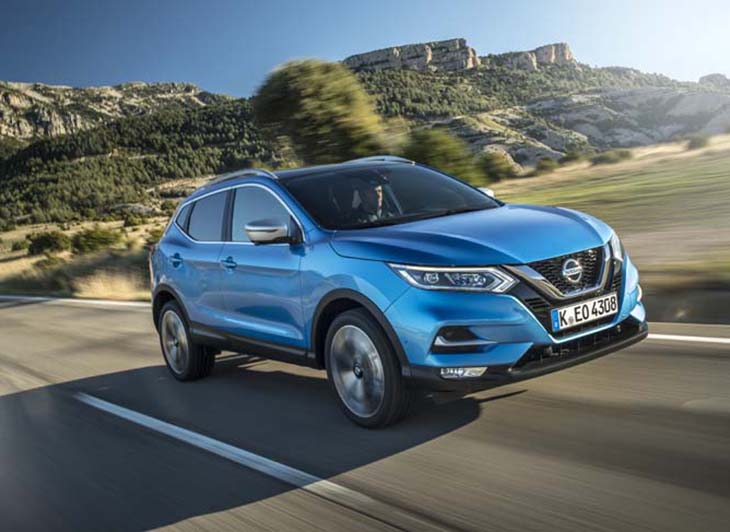 The king of the crossover. The Nissan Qashqai took the market by storm on its arrival and has continued to lead from the front as the best crossover you can buy. 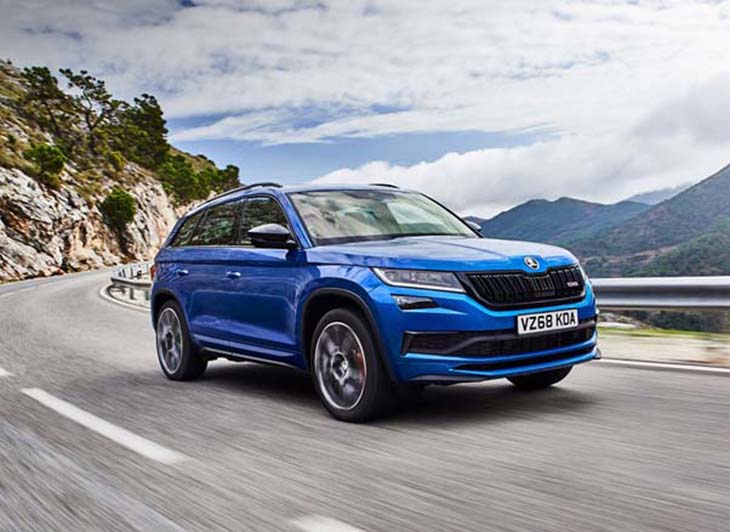 Skoda already make the best family car in the Skoda Octavia Estate. The Kodiaq is their most recent entry into the SUV market and takes all the good things about the Octavia and puts them in an SUV body. 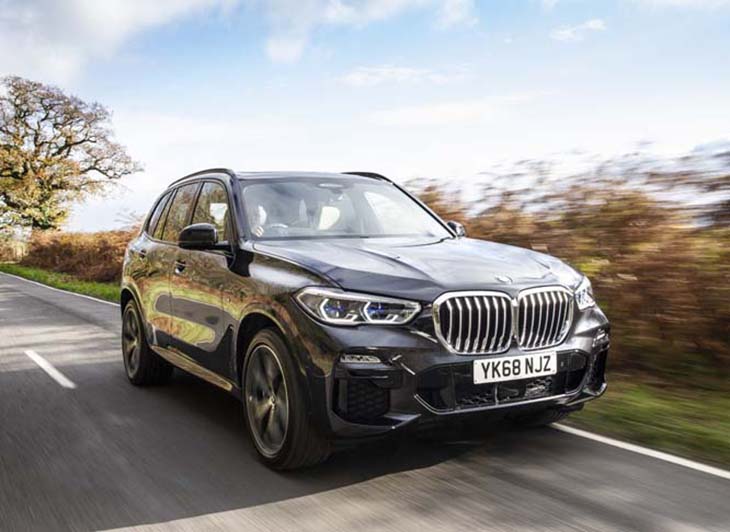 Smart engines, excellent design. Everything you could want in a premium, prestige car can be found in the BMW X5. 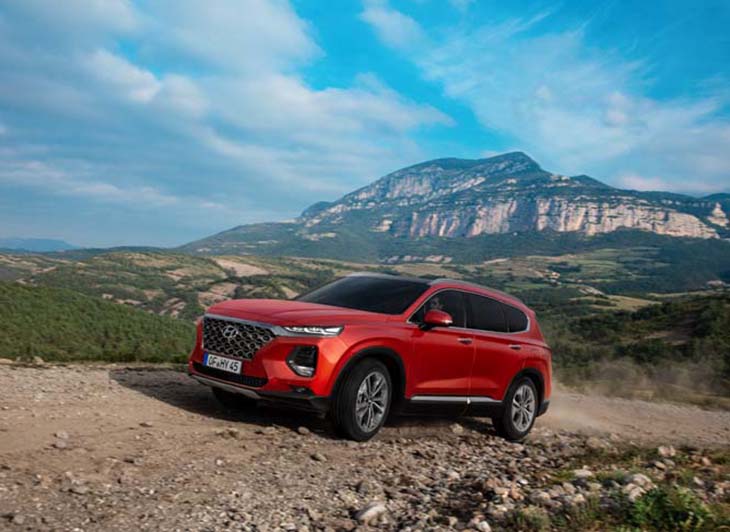 While the i40 might be one of the best small hatchbacks you can buy, there’s still plenty to be said for their SUV, with one of the highest Euro NCAP safety scores. 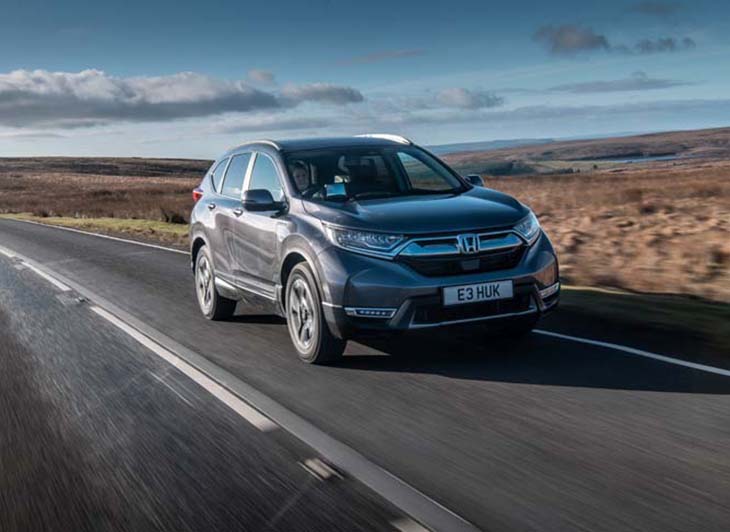 Somehow able to combine top quality luxury with practicality, the Honda CR-V’s only downside is the lack of a diesel engine. But with trends turning away from this type of fuel, the CR-V still makes for an excellent choice.

Grab Yourself A Great Deal...

If you're looking to upgrade to an SUV, Creditplus have a wide range of finance options to suit all budgets. With our unique Find, Fund and Deliver service, our team of experts will even help you find your car and deliver it to your doorstep - at no extra cost! Apply online today without affecting your credit score, and a member of the team will be in touch shortly.