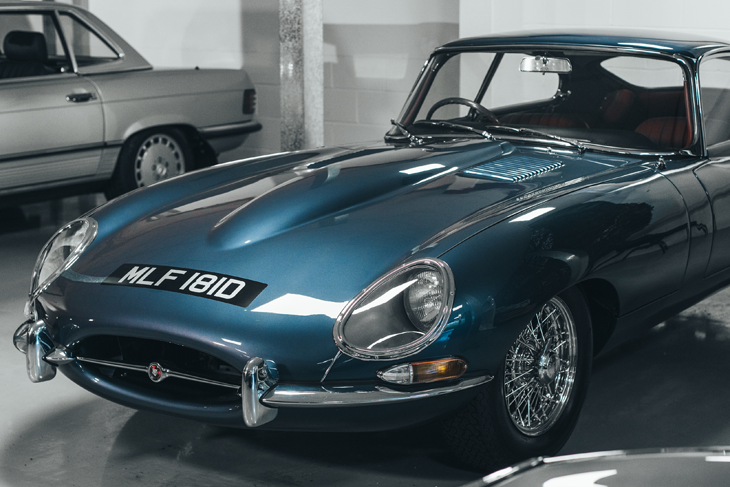 The London Classic Car Show – What to expect

The London Classic Car Show – What to expect

If you are a fan of cars, then you're probably a fan of classic cars. Motoring is one of the few things where you can see the entire history of its form across the years. You can look back and see all the developments, not just in a history book, but in the flesh. Getting up close and personal to some of the fantastic classic vehicles is a rite of passage for the petrolhead who knows their stuff.

But sometimes you want to go to an event. You don’t want to go to a dusty old museum to see cars that have been sat still for decades. You want to see cars that have tasted the tarmac. That have had heat in the engines. One of the best ways to do this is to attend a big event. And if you are interested in vintage motors, then the London Classic Car Show is the place to be.

Since it was first held in 2015, the London Classic Car Show has quickly become one of the biggest vintage automobile events in the country, perhaps only second to the Goodwood Festival of Speed. As well as showcasing some of the most beautiful classic cars from the UK and around the world, it’s also one of the premier places to buy a classic car. So whether you already have a classic car in mind and want to see what the models are like in person, or you are just starting your classic car love affair and are seeking inspiration, then this is the event to visit.

The show takes place every February, normally around the third weekend of the month. This year, the event is from the 20th to 23rd of February at Olympia London in Kensington. While the Thursday event is just in the evening, the Friday to Sunday sessions are open all day. So if you are thinking of going for a day out in the capital, the London Classic Car Show can be the perfect start.

There are two types of ticket for the show. You can get a standard ticket that costs £25 per person, £20 for a child, and a family ticket for £75 that covers 2 adults and 2 children. Perfect for introducing your little ones to the classics you love, and maybe helping them find one of their own to someday covet.

The second type of ticket is a Premium entry that costs £60. A little bit more expensive, but it comes with plenty of benefits. You can get fast track entry into the exhibition, so no queuing and there’s a VIP area with a bar. Plus you get two free drinks and a copy of the official show handbook.

But the best thing about the premium ticket is that you get a chance to speak with some of the car legends for a private question and answer session. This is your moment to speak to some of the most knowledgeable classic car owners to ask them for info on how you can get the most from your vintage motor.

One of the big events this year is the celebration of the 50th anniversary of the Range Rover. Launched back in 1970, the Range Rover has gone from one of the most coveted working vehicles to a sign of luxury and status. As part of the celebration, eight of the company’s luxury SUVs from across the years will be on display at the show, allowing you to see how the iconic vehicle has transformed across the years.

2020 also sees the anniversary of the Audi Quattro, the cool blocky classic car that was one of the first to introduce all-wheel drive to the mass-market. You probably recognise it from the BBC TV series ‘Ashes to Ashes’, or from your love of the German company behind ‘vorsprung durch technik’. Audi UK will be bringing five of their prized Quattro’s to the show, including one of the rally cars that were so successful in the eighties.

A new feature this year is ‘Car Stories’. Focusing on specific models, the idea is to profile six of the world’s most iconic cars and showcase what made them so important to the history of driving. So far, three of the six cars to be featured this year have been announced. The first is the Porsche 920C, one of the most famous Le Mans racing cars from the eighties. It’s instinctively recognisable distinctive bubble canopy and blocky shape are a sight to behold in person.

Going a bit further back in time, the Lotus 49 which will be showcased at the show by its owner, Red Bull CTO Adrian Newey. Once raced by Richard Attwood and Graham Hill, the Lotus 49 has been restored to its 1969 glory days and was raced in the 2016 Monaco Historique. Newey will be interviewed on staged about the car and why he loves it so much.

Going even further back, the final car story currently unveiled is that of the Maserati 250F. Winning the Monaco Grand Prix back in 1956, it was once driven by racing legend Sir Stirling Moss. Still being raced today in vintage competitions, it’s a piece of motorsport history that you have to see.

Aside from the countless classic cars on show from around the world, there are exhibitors who focus on classic car restoration, storage, even on how to restore barn finds to their former glory. If there’s an aspect of classic car ownership that you want to know more about, this is the place to be.

To book your tickets for the show, find out what’s on, and learn the other car stories on show, then visit the website. It truly is a fantastic event for those who love cars, old and new. So if you have space in your diary, it’s a trip you won’t regret.

Found a classic car and want to get your finance sorted?

Your application will just take a few minutes online, and you'll be on the way to make your dream of owning a classic car a reality.