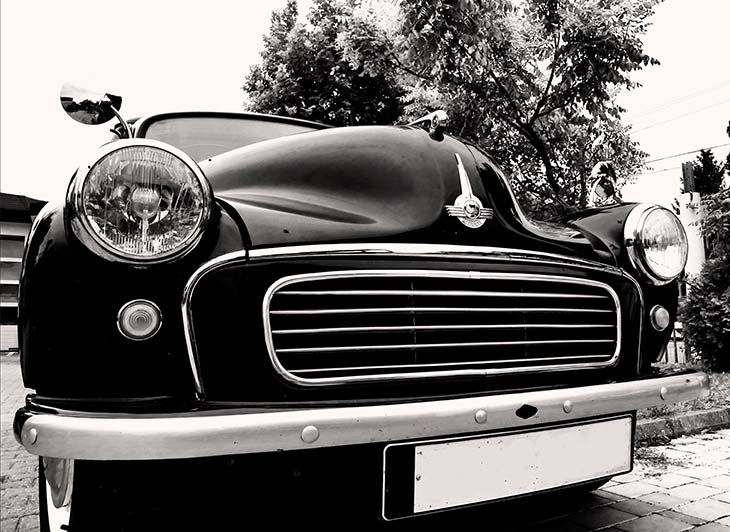 When you look back over the history of the car, British manufacturers have produced some of the most beautiful, exciting and fun cars in history.

While many of these famous brands are now a thing of the past, or part of some giant multinational conglomerate, the cars they built continue to be coveted by enthusiasts and collectors across the globe.

With such a storied history, it was always going to be difficult to narrow down our ten favourites, but we’ve given it a go. So here is our list of the ten best British classic cars of all time. But first…

What makes a car a classic?

There have been so many different models over the years, what does it take to make a car a classic? Is it a set criteria that a car must follow, or something more intangible? We took a look at some of the most popular vintage cars on the market to see what ingredients go into a bonafide classic:

So now we’ve sorted out our criteria, let’s begin our rundown of the top ten British classic cars of all time. We’ve chosen our ten favourites, with a limit of one per car company. Let’s start the rundown. 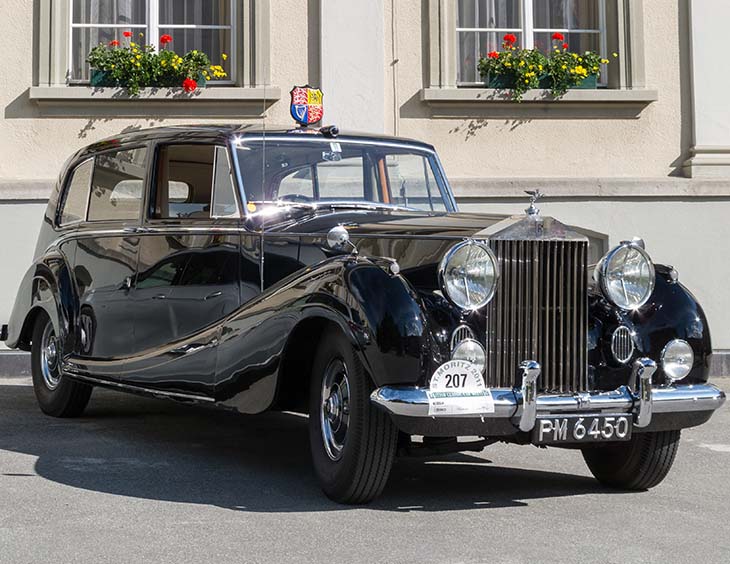 When you think of classic cars, you probably think of something like the original Rolls-Royce Phantom, first produced back in 1925. It has all the hallmarks of a classic British car.

Rolls-Royce is one of the oldest car makers in Britain, its name conjuring up images of class and prestige. The Phantom’s shape is still in that original automobile style, looking like a horse-carriage that has had an engine fitted to the front.

Its interior follows the tradition of the classic coachwork style, with curved, leather seats. This is a car designed before aerodynamics, crumple zones and fuel efficiency were a concern.

Under 3,500 of the original Phantom were produced, so they truly are a rarity on the market. And while there have been a further seven versions of the Phantom in the near 100 years since it first appeared on the market, the original is still the best. 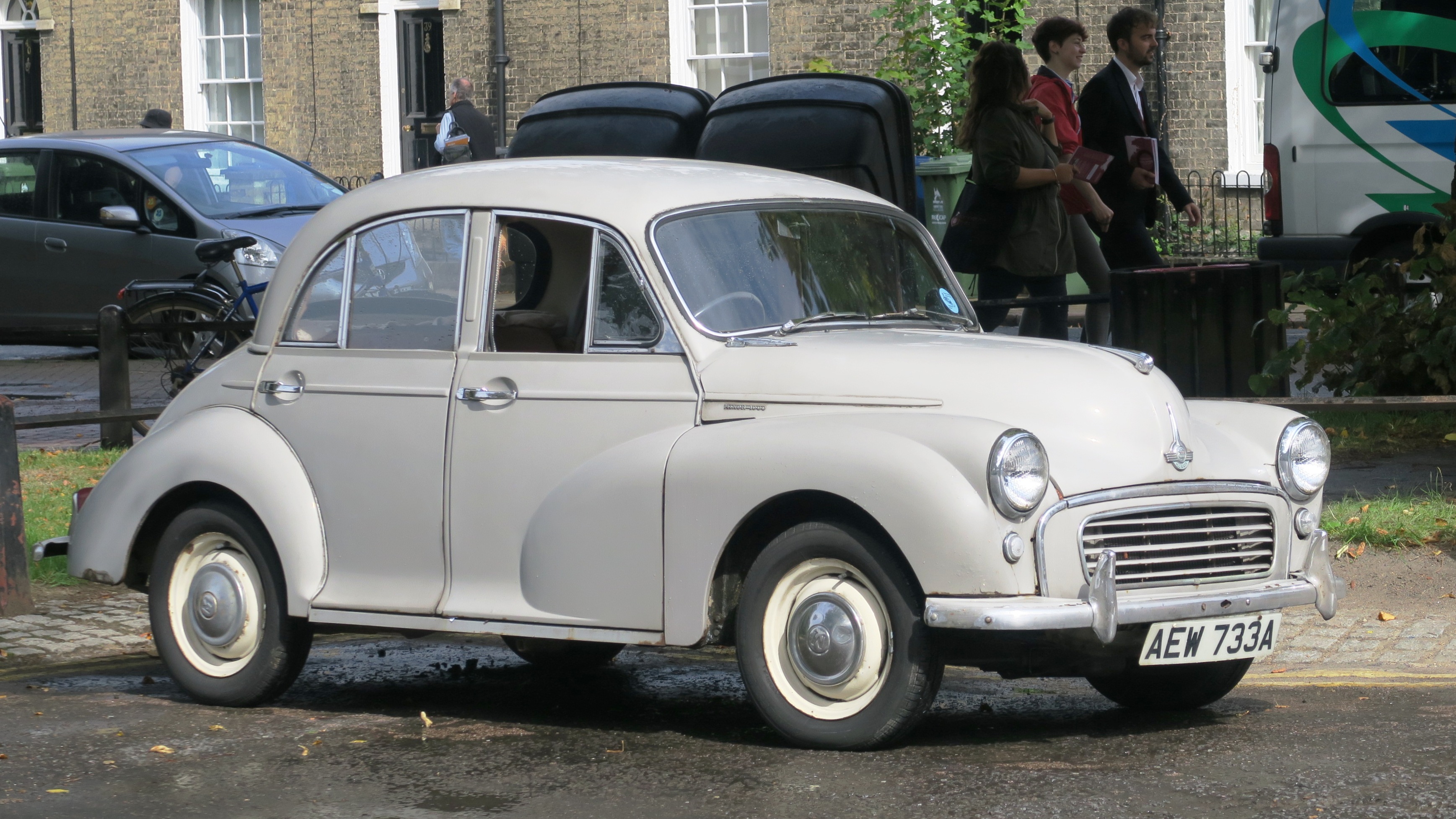 Long before a certain other British quirky classic appeared on the scene, the Morris Minor held the title of the quirkiest British car on the market.

Designed by the legendary British-Greek designer Alec Issigonis, the Minor was one of the first mass-produced British cars to emerge from the shadows of World War Two.

And it was a huge success. Its no nonsense design was slightly more polished than its biggest rival at the time – the Volkswagen Beetle.

First launched in 1948, the car has come to symbol ‘englishness’ over the years, and was the first British made car to sell over 1 million units.

The Morris Minor has come in a variety of different shapes and sizes. Its most famous appearance is probably the estate version with its distinctive wooden panels. 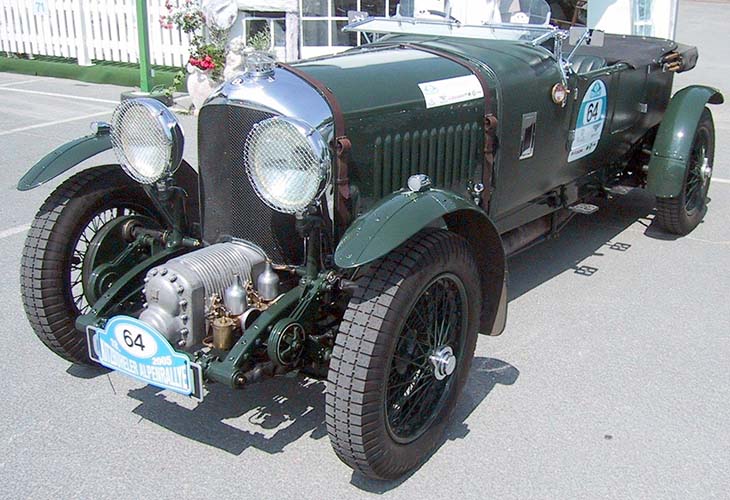 Like Rolls Royce, Bentley is another name long associated with British engineering excellence, and that goes back to its very beginnings in the motor car game.

The Bentley 4.5 litre was designed as a sportscar, to join models from Bugatti and Lorraine-Dietrich in competing at the 24 Hours of Le Mans endurance competition.

This caught the attention of the soon-to-be legendary Sir Henry ‘Tim’ Birkin, who was the greatest living British racing driver at the time.

He saw the potential of the 4.5-litre as a racing car, and worked with a former Bentley mechanic to produce a supercharged version of the car to help make it even more competitive. The result was the Bentley Blower.

Not everyone was happy with the modifications to the car, in particular W.O. Bentley himself, who saw supercharging the engine as ‘corruption’.

But having lost control of the company, he was powerless to prevent Birkin from producing a genuine all-time British classic. 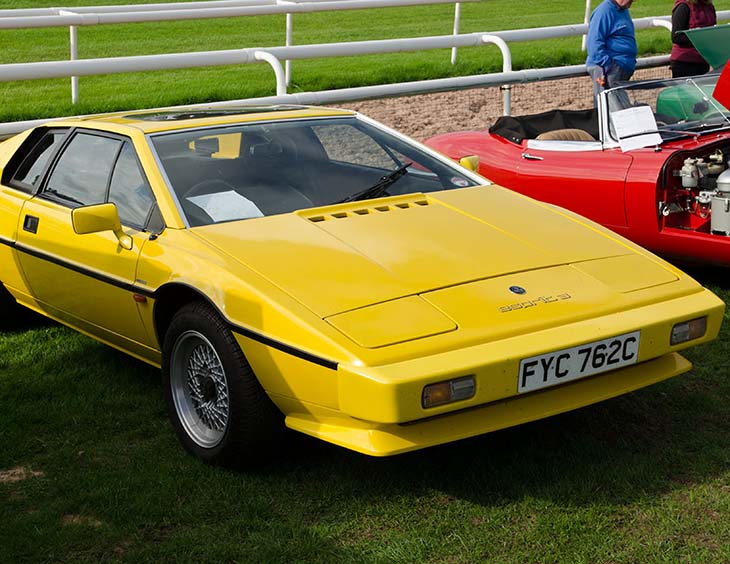 One of the most striking cars on the list, the Lotus Esprit was designed by Giorgetto Giugiaro following one of his bold ‘folded paper’ type of designs.

First launched in 1976, the car’s thrillingly simple almost wedge-shaped design with its sharp angles and corners made it a bold alternative to the sleek curves popularised in the sixties.

But it’s on the silver screen where the Lotus Esprit truly comes into its own, having the distinction of being a Bond car. In fact, the word car doesn’t do its appearance justice enough.

It’s a car AND a submarine. What can be more British than a beautiful car, James Bond and a fantastic bit of ingenious engineering? 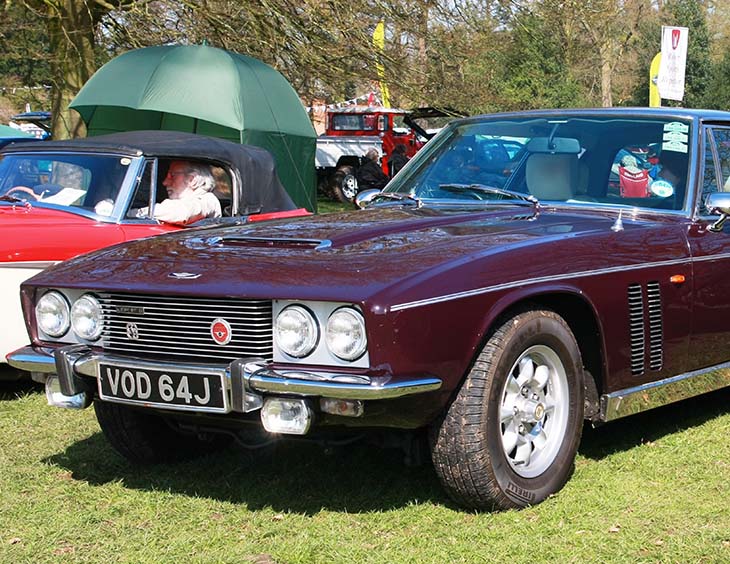 With British cars trending towards sleek curves and aerodynamic design, and American cars going more towards the raw power of the Mustang or the GT Continental, it took a British car company to combine the two – the Jensen Interceptor.

But it was a decision made a year into its production that truly created something special – adding four-wheel drive.

The first-ever production car to be fitted with four-wheel drive that wasn’t a designated all-terrain vehicle, the Jensen FF was a pioneer in many ways.

Unfortunately, the innovation wasn’t really appreciated at the time and the car wasn’t a big seller. While its concept made it ideal for the American market, a design flaw meant that the car was only available in right-hand drive, making it a no-go in the US.

Which is a pity, as a car like this could really have competed with the famous US muscle cars. But we shouldn’t be greedy, as we get to keep this beauty all to ourselves. 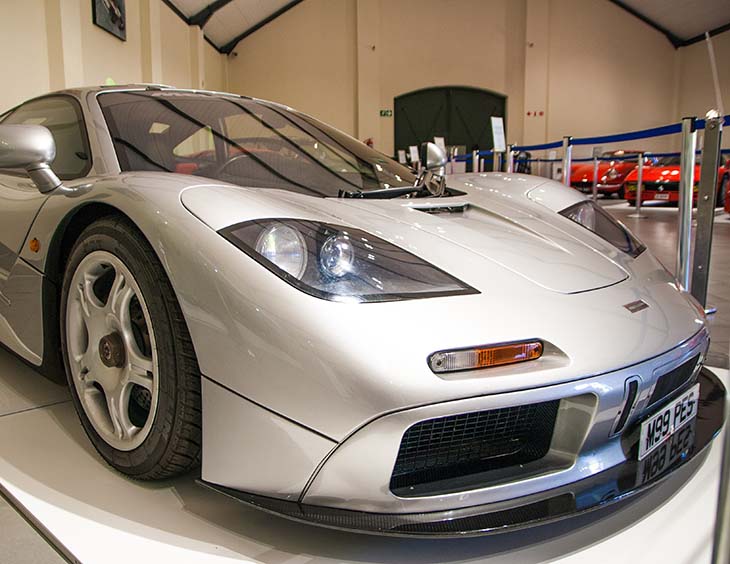 The ultimate British sportscar. With a top speed of 231 mph and a design that wouldn’t look out of place in the RAF, it was originally created to be the ultimate road car.

It’s hard to believe that a car this fast wasn’t built for the racetrack. Despite not having been built with the track in mind, the McLaren F1 still found success, including winning the 24 Hour of Le Mans, competing against purpose-built prototype race cars.

The car has captured the imagination since its launch in 1992, with several publications and Channel 4 calling it the greatest car of all time.

If you do find one of these cars available, you will be very lucky, as only 102 were ever made. Twenty-five years after its first debut, it is still one of the fastest cars you can legally drive on the road. A truly astonishing feat of British engineering. 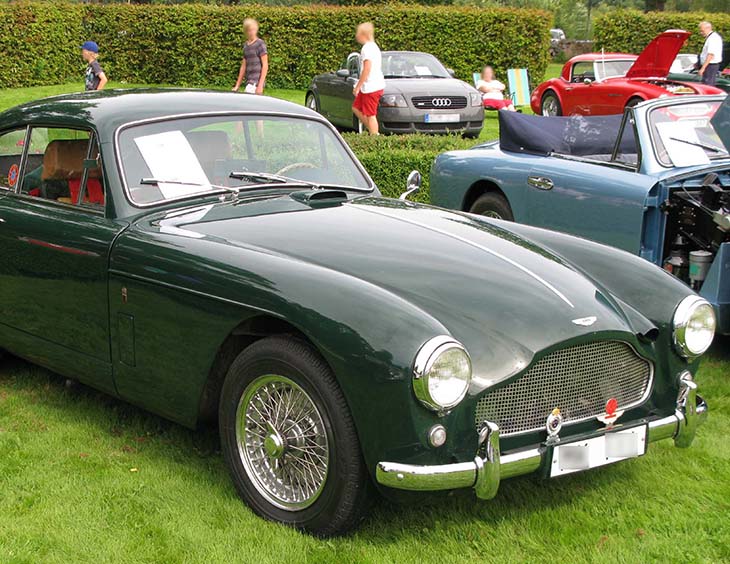 The story of the Aston Martin DB5 is always going to be tied to that other icon of British culture – James Bond. But the story would have been very different if Aston Martin had got their way.

When production started on the third film in the Bond franchise, Goldfinger, the producers were seeking a British car to be fitted out with the gadgets that would become a staple of the franchise.

The Aston Martin DB5 was an obvious choice, especially as Bond had driven one in the novels. But Aston Martin were reluctant to have their brand associated with the films.

Finally convinced to do a product placement deal, the car featured in one of the most iconic Bond moments in the series’ history.

Demand for the car rose significantly after the film’s premiere, with many seeking to drive the same car as the super-suave secret agent.

The success of this partnership was the beginning of a long history of product placement in Bond films, with car companies battling each other to have theirs as Bond’s car of choice.

But the Aston Martin DB5 will always be the car that helped turn the Bond films into the incredible film franchise it is today. 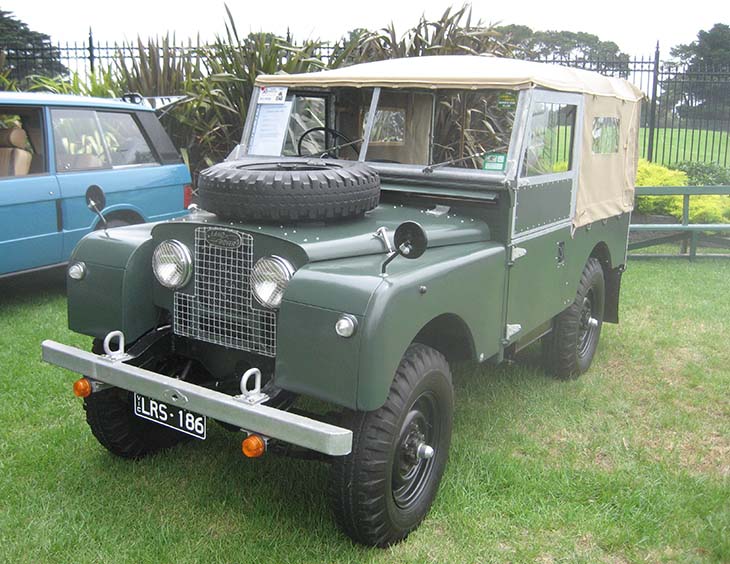 Inspired by the Jeep used by American GIs in World War Two, the Land Rover Series I was built to be a workhorse utility vehicle that would help post-war Britain get back onto its feet.

Who would have thought this car with humble origins would go on to become such an icon? Part of the car’s big success is how well-built the original models were.

For enthusiasts who like restoring classics, the Series I is a popular choice. But it’s not just a workhorse, and its rather back-to-basics looks have made the car a constant feature on the country roads of the UK.

When you see how the modern Land Rovers and Range Rovers have turned to luxury, seeing the classic original on the road fills you with a bit of patriotic pride that a symbol of the old Britain post-war spirit is still going strong. 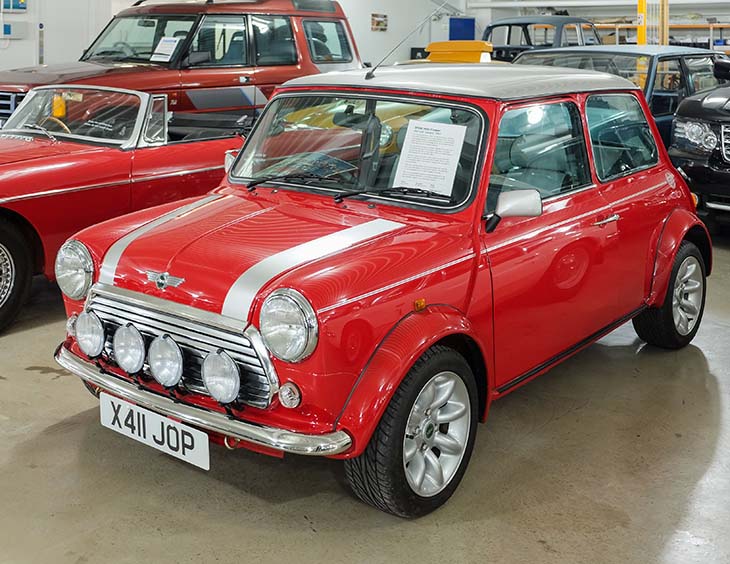 Just narrowly missing out on top spot, the Mini is perhaps the car most closely associated with the idea of a British classic car.

The second car on this list designed by Alec Issigonis, the car wasn’t built with lofty ambitions of longevity or celebrity.

Built to be a small, economical car, its quirky design made it an instant icon, influencing a whole generation of car makers.

Quirky is a word that’s overused these days, but back then, the Mini’s strange design really stood out on the road.

The sixties saw the rise of Britain as a fashion hotspot, and the Mini became a surprisingly key part of that. This is no better signified than in The Italian Job, where three Mini Cooper’s help British gangsters conduct an audacious robbery on the streets of Turin. 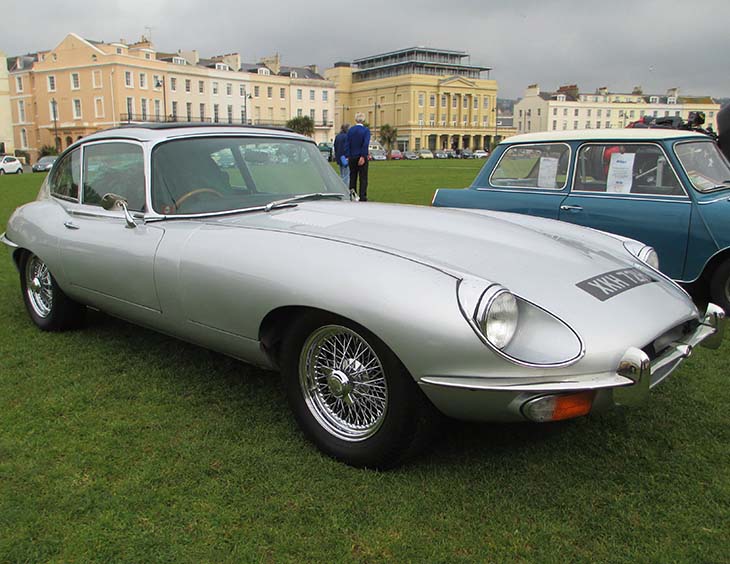 If there’s a man who knows cars, it’s Enzo Ferrari, founder of the eponymous car company that has produced many of the most beautiful, desirable classic cars of all time.

He was also a proud man, quick to boast about his products and show his disdain for cars from other companies. So for Enzo Ferrari to describe a car, a British car, as anything other than ordinary, would be almost unthinkable.

“The most beautiful car ever made.” That was Enzo’s reaction after he first saw the Jaguar E-type. That should give you an idea of just how special this car is.

When the E-type first appeared on the scene, it was like something out of a science fiction film. The designer, Malcolm Sayer, came from an aeronautics background, which really shows in the striking, almost aggressive appearance.

Its long, sleek, aerodynamic curves, with a curved bonnet that takes up half of the car’s body, it revolutionised car design the instant it appeared on the market.

Gone was the need for function over form. The E-type proved that cars could be fashionable. It’s arrival on the market in 1961 coincided with the start of the swinging sixties, where the post-World War Two blues had slowly made way for a younger, more image conscious generation.

The car became an accessory, something that the coolest, “hippest” cats had to own to really cement their status. Superstar footballer and playboy George Best was just one of the famous faces to own an E-type.

The E-type is just one of six cars to hold residence in the New York Museum of Modern Art. It really is a work of art and a worthy number one on our top ten British classic cars list.

Whether it’s lovingly restoring a barn find back to its former glory, joining fellow enthusiasts on a rally, or simply taking your beloved vintage vehicle out for a Sunday drive, classic cars can be a fantastic past time.

Classic cars are often very expensive to purchase, but at Creditplus, we make them more affordable. With a wide range of flexible finance options, you can spread the cost of a classic car you into affordable monthly repayments.

So, if you're dreaming of owning a vintage vehicle, why not check your eligibility for Classic Car Finance? You'll receive an instant decision, without impacting your credit score.