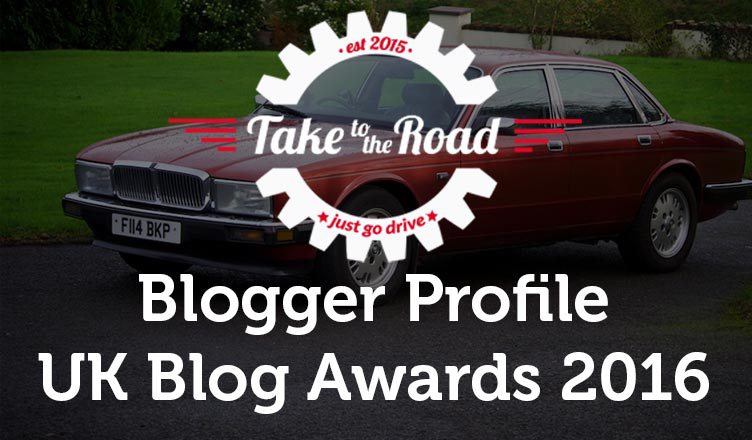 The UK Blog Awards provides a fantastic insight into the world of blogging. A way for people to write about what they love, blogging gives a voice to those not working in traditional media. The beauty of the blog awards is how it shines a spotlight on blogs that may have slipped under your radar. Here at Creditplus, we were particularly interested in the Automotive category, so we reached out to some of this years entrants to find out a little more about their blog and their cars. We’ll introduce a different blogger every day in the run up to Friday’s announcement, and hear a little bit about their blog and the cars they’ve owned, drive and dream about! First up, it’s Take To The Road.

Niall Julian, Take To The Road

Take to the Road's mission is to make films about great classic cars. I love the stories behind every classic car and that is what I capture with my films. Every owner and every car has been on a journey and the story of that journey is what I share with my films. By making these films I focus on classic cars that mean a lot to me, cars that have a certain grace and beauty, that are rare and special, or are just fun. But it is the human side that is always at the heart of the story.

Another aspect of my blog that I really enjoy is featuring interesting and rare cars for sale. Like most classic car enthusiasts, I love browsing the classifieds to see what is out there on the market. I find it an exciting process. If I spot a car that catches my eye I write a feature on it for my blog. That exposes the car to a wider audience and increases the chance of a sale for the seller as one of my readers could be a buyer looking for such a car. And I like featuring cars that some of my readers may not have heard about before. I always find it exciting when I come across a rare and cool car for sale. So my blog is the place where I channel all that excitement and enthusiasm for classic cars. I’ve always loved cars since I was a kid but it wasn’t until I bought a 1967 Daimler V8 250 that I got thrown head first into the world of classics. And that’s where my journey started, one that lead me to setting up Take to the Road.

My first car was a maroon 1993 MK3 VW Golf 1.9 diesel. It was a really good car, very reliable and economical although it was a bit sluggish and the brakes left a lot to be desired (I think it had drum brakes all round!). It used to be the family car and my parents gave it to me after I finished my Masters, so I could have a car as I ventured out into the world looking for my first job. Which was a wonderful gesture. It was actually in an accident once where another driver crashed head on into me on a sharp bend on a narrow country road. I was sure the Golf was damaged but when I got out and looked I was amazed to find only a bumper fog light dislodged. The other persons car, a Fiat Uno had a crumpled bonnet and wing and the bumper was rubbing the front wheels. Thankfully the other driver and myself were ok, just a bit shocked. But I was amazed at how strong the Golf was. It was built like a tank!

I actually brought the car over from Ireland (which is where I am from) and had real trouble getting it passed through the SVA test. For some reason it didn’t meet their standards, despite the fact the Golf was the same specification as the models available in the UK. It took 3 attempts to get it passed. Very frustrating! But it did pass eventually and I got it re-registered with UK number plates. I actually kept the Irish plates as a little keep sake of my first car. I sold the car in 2004 after it had covered 120,000 miles. The other day I checked to see if it was still on the road. It failed its MOT in March 2012 due to excessive corrosion. It had covered 177,171 miles. So it lived on for quite a while after I sold it. 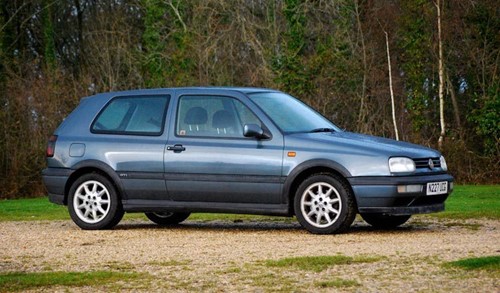 I’ve owned the Golf GTi for 12 years now and it is my everyday car. It’s in gunmetal grey which is one of my favourite colours (especially on a Golf) and I love driving it. For some GTi purists, its not a GTi as it only has 115BHP and is considered slow. But I like it. The 2.0ltr engine has a lot of torque and is pretty much bullet proof. I’ve kept the car standard and it’s been very reliable. When I bought it there was 64,000 on the clock and its now at 95,000. So well under average mileage for my 12 years of ownership.

For a 21 year old car it still feels very tight and it just shows how well built Volkswagens were from that era. I will never sell. It was my first car that I bought for myself so I want to keep it for as long as I can. I’d love to get a Mk1 Golf GTi to have along side it one day (in gunmetal grey of course). 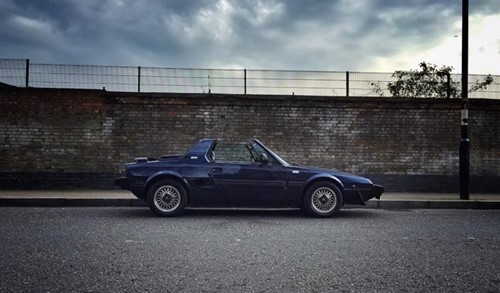 I bought the Bertone x1/9 in 2014 after I sold my 1967 Daimler V8 250. After the Daimler was gone I really missed having a classic so I started looking around for something. I spotted the Bertone for sale locally and it really caught my eye as I hadn’t seen one in ages. I remember seeing one when I was a kid and I was amazed it was a Fiat (which is what it is) as it looked nothing like other Fiat’s at the time. When I took it for a test drive I immediately fell in love with it.

It is the best driving and handling car I have ever owned. It really is quite something. And although it has a 1.5ltr mid mounted engine producing only 85BHP, it feels very very quick as it sits low to the ground. But yeah the handling is brilliant. You can chuck it into a corner and it sticks to the road like a limpet. I love driving it on twisty country roads. It is where the car comes into its own. Bertone designed the car for Fiat in the late 1960s and they did an amazing job. It is the classic wedge car. 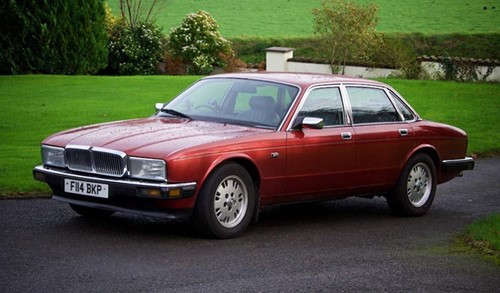 The Jaguar Sovereign XJ40 was an interesting buy and I’ve only had it a few months. I got it for a number of reasons. First I needed a comfortable cruiser to take myself and my partner and our dog back to Ireland for a holiday. The trip was going to involve a lot of driving (over 1,000 miles) so I needed an automatic car with cruise control. And it had to be cheap. After some research looking at various mid level luxury saloons from the late 1980s I stumbled across the Jaguar. It was then I learned that the XJ40 was celebrating it’s 30th Anniversary in 2016. So I hatched a plan to make a film of the cars trip to Ireland and celebrate its anniversary.

As a driver it is the nicest car I have ever driven and the easiest. The leather seats are extremely comfortable and the 3.6ltr Jaguar straight six engine has bags of torque. It is an effortless cruiser both on the open road and in the city. The XJ40 itself was heavily criticised when it was launched in 1986 and it is considered one of the most unloved Jaguar saloons. Which is a shame as I’ve grown to love mine over the past few months. It really is a lot of car for the money. Plus it was the last car that William Lyons (former boss and co-founder of Jaguar) had input into before he died. So I am hoping my film will give the Jaguar XJ40 some of the attention it deserves.

That is a tough question. Like any petrolhead I have a list and I find it very hard to pick any car as number 1, as they all are important or special. And there are so many to choose from… I could pick the Aston Martin DB4 Zagato, or the Cisitalia 202 SC, the Alfa Romeo 6C 2500, the Facel Vega 500 or a Mk1 Golf GTi as mentioned earlier. And that is just the tip of the iceberg really. There are many many more. But if I really had to choose a dream car to drive it would be the Alfa Romeo Tipo 33 Stradale. It is one of the most beautiful Alfa’s ever built and one of the all time great 1960s supercars. They only made 18 of them so they are exceptionally rare and you would need more than £2m plus to buy one. So I won’t be driving one of these any time soon. Though I did get to drive a De Tomaso Pantera last year, which is another car on my list… so who knows!

Thank you Niall for the insight into your blog! Make sure to visit Take To The Road to check out fantastic information and videos on classic cars. You will also want to subscribe to the Take To The Road youtube channel, as the work that goes into each video is incredible.