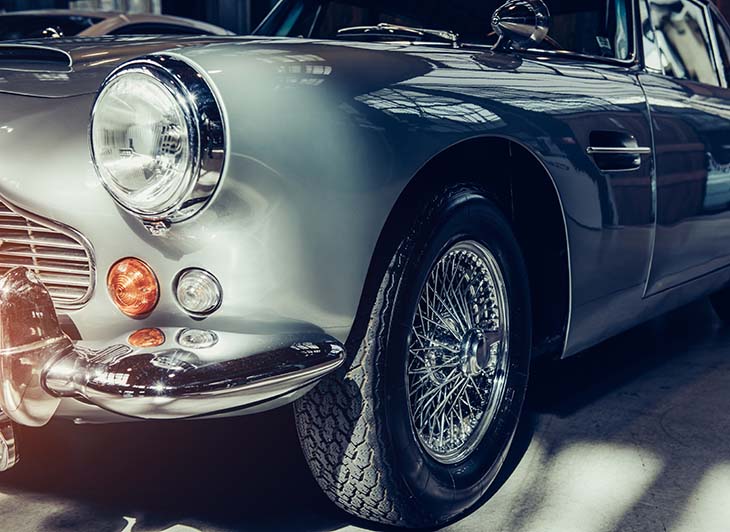 It’s no secret that the future of cars is electric. The heightened awareness of environmental issues, plus the very real climate crisis that we face, means that the demand for green technology has never been higher.

Over the next few years, there will be more and more charging stations, hybrids will be the norm, and there will be higher taxes on vehicles with diesel and petrol engines.

But what happens to those who love their classic cars? Environmental concerns were far from the minds of car makers in the 50s, 60s, and 70s. Beautiful classics like the MG A or the Jaguar E Type were built with style and elegance in mind, not fuel efficiency and exhaust emissions.

So, you might think that classic cars are dying out, soon to become as stigmatised as circus animals or smoking in pubs. While there are some classics that can’t be saved, there is a new trend coming that will mean classic cars can become a part of the future, as well as the past.

For some, the thought of ripping out a beautiful V8 engine from a classic Ford Mustang and replacing it with an electric engine is a sacrilege, a crime against the very spirit of the car.

But more and more people are turning to specialist car companies and mechanics to take out the old dirty combustion engine and replace them with an electric motor.

With electric motor technology now much more advanced, it’s becoming increasingly easier to fit a workable green alternative in amongst the old and outdated components of a classic car.

While this is by no means a cheap procedure, being able to update your beloved vintage vehicle to a voltage vehicle is becoming an attractive alternative to relegating the car to a museum piece.

What If The Engine Is Part of The Appeal of The Car? 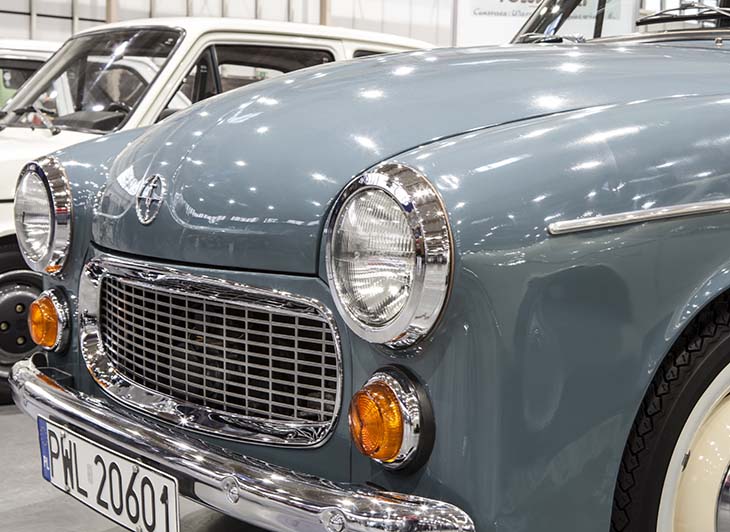 But does an electric conversion defeat the point of having a classic car? One of the big appeals of the older models, not just the big muscles cars, is the sound, smell and feel of using an older engine.

The lack of refinement or polish that comes from these cars not being built by robots on vast assembly lines, is what gives these cars character. This is missing from modern cars, where (rightly or wrongly) safety standards, fuel efficiency and aerodynamics, has led to cars that are almost uniform in body shape and engine style.

YouGov conducted a poll asking drivers what they thought of replacing the engines of classic cars with modern, clean electric engines. Only 18% of respondents said that it was a good idea to turn petrol power into electric power, with 43% of those asked saying it was a bad idea full stop.

For many people, including petrolheads and vintage lovers, green technology is still out of reach. Perhaps it’s because of the old image of eco-conscious hippies driving a Prius that makes them against the idea. Or maybe it’s because most electric and hybrid cars are still out of the price range of consumers, who rely on the second-hand market where electric cars are not so prolific. 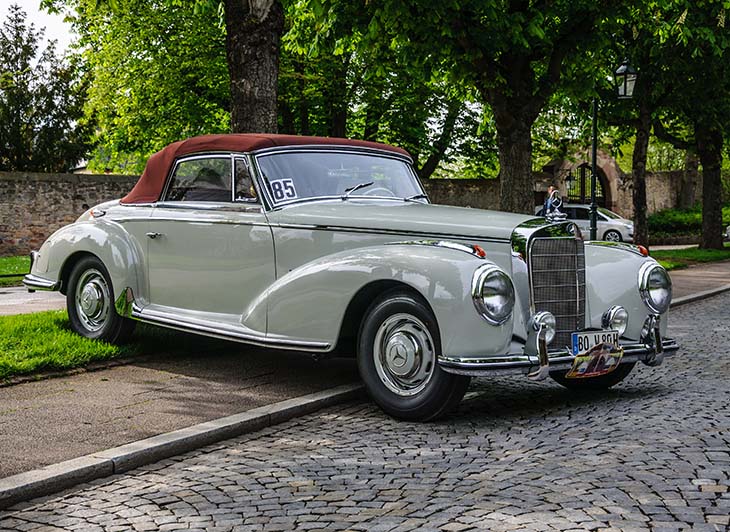 The upside of converting to an electric motor is the health benefit – for both the environment and the driver. It’s no secret that exhaust fumes are becoming a problem in our increasingly crowded towns and cities, with thousands of deaths each year related to the pollution levels in the air.

Diesel in particular, has gone from being a cheap, cost-efficient alternative, to something that is toxic. It’s only a matter of time before diesel cars are taxed and priced out of existence.

Older cars are much less efficient, with many unable to even take, nevermind pass, the emission tests that form a part of the MOT.

By converting the car to an electric engine, you not only save the environment, but also spend less time choking on the fumes of your own car as it chugs away amongst the modern, more efficient cars.

Does an Electric Engine Make a Classic Car a Real Option? 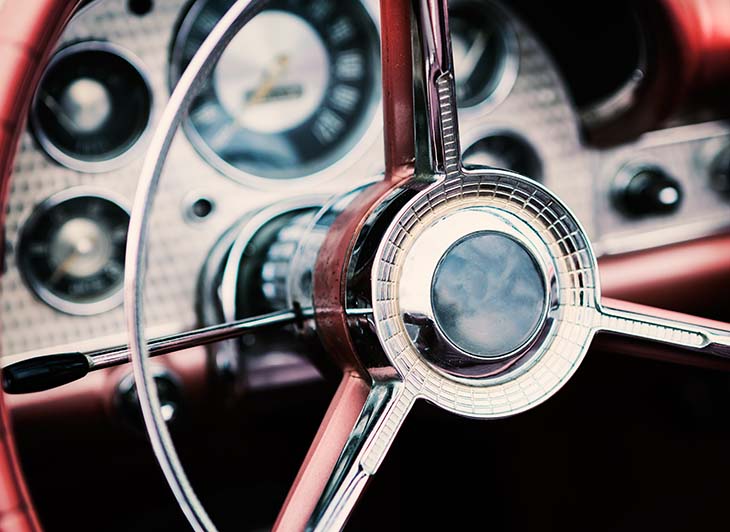 Electric engines are designed to be as efficient as possible. You won’t be spending a fortune filling up your classic that gets just a few miles to the gallon. You also won’t have to worry as much about the car breaking down.

Old engines require specialist repairs, often needing parts that are no longer widely available and have to be expensively sourced or even built from scratch. Modern electric engines are much easier to repair, and also much more reliable. You won’t have to spend as much time in the garage as you do with a classic.

Would having more electric engines in classic cars mean it becomes more popular? It is impossible to discount that nagging feeling in our minds that we need to be doing more for the environment. But we also want to live our lives as we please, not having to give up everything that we love. If you are passionate about classic cars, surely the electric engine option is one of the best solutions? 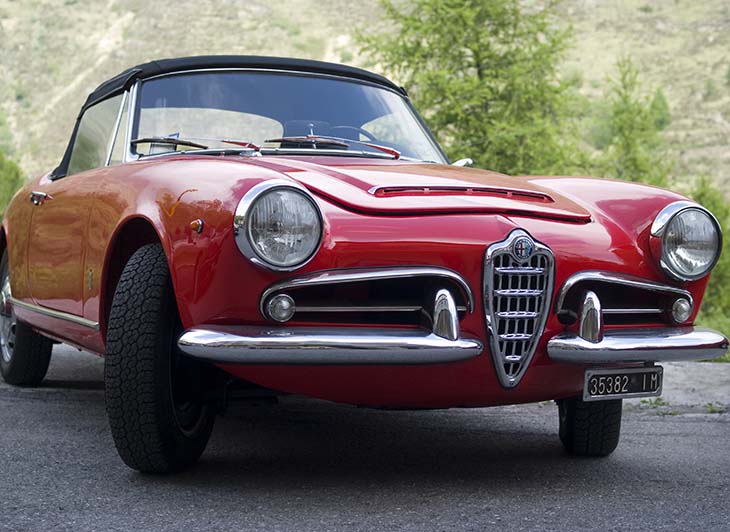 For many classic car owners, the whole package is what they are after. The classic styling, the old noisy engines, the roar as you drive along the street turning heads as you pass. Another big appeal of classics is the project, restoring or updating a classic car to its glory days.

But if it’s the look of a classic that appeals to you the most, then the electric option is one that has to be considered. Not only do you get to have a great classic car that is great for the environment, you’ll also be able to do your bit to help the next generation live in a world where an electric classic is a true option.

Finance Your Classic With Creditplus

Did you know Creditplus do a classic car finance option? We can help you spread the cost of your vintage vehicle into manageable monthly payments. Apply online today and speak with your dedicated customer advisor to find out more about how we can help get you behind the wheel of that retro vehicle you’ve always wanted.