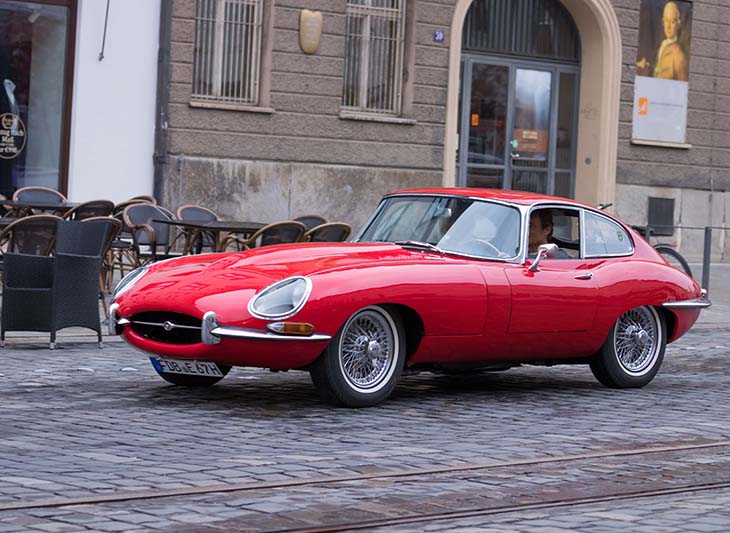 What Makes the Jaguar E-Type So Special?

What Makes the Jaguar E-Type So Special?

It’s one of the most iconic cars ever made. Regularly praised for its beautiful style, elegant design, and undeniable sense of cool. The Jaguar E-Type is a symbol of all things right with the sixties. Now, it’s one of the most desired classic cars on the market, models regularly fetching tens of thousands of pounds at auction. Just what is it about this car that makes it so special?

History of the Jaguar E-Type 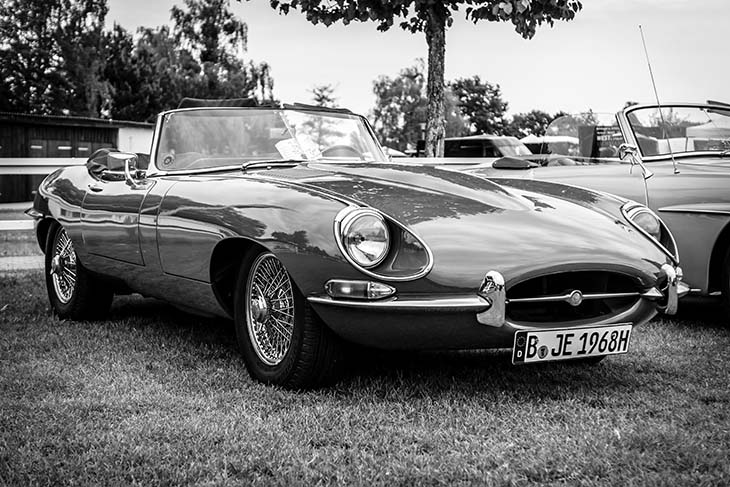 The Jaguar E-Type made its debut at the Geneva Motor Show back in 1961. The car was built by the company’s defunct racing department, moving from their success at Le Mans throughout the 50s to design a road going sports car based on a D-Type construction. It’s unveiling was met with widespread acclaim, so much so that the founder of Jaguar, Sir William Lyons, ordered a second car to be delivered overnight to allow more testing.

Its success was immediate, down to its unique design and exceptional performance. There were a total of three different variations built across the E-Type’s lifetime, the Series 1 with its 3.8 Litre engine from the D-Type, the Series 2 with its slightly modified front headlights to remove the glass coverings, and the Series 3 with its new 5.3L twelve cylinder Jaguar V12 engine. Over 70,000 E-Types were sold in its fifteen-year lifespan between 1961 and 1975, making it one of the most successful sports coupes ever built. 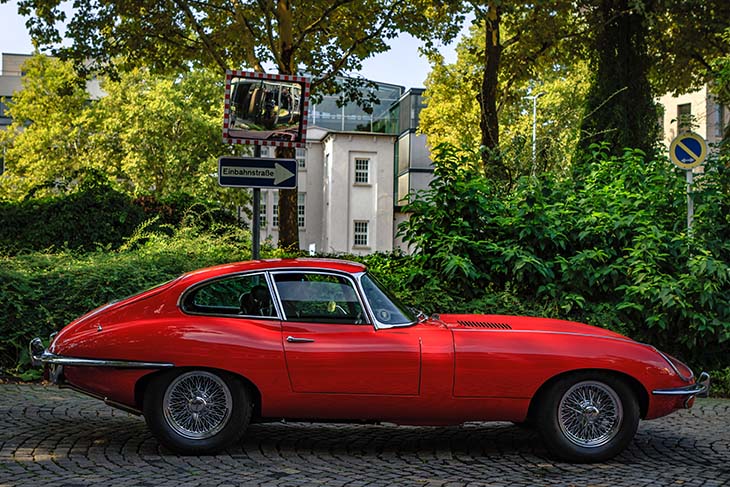 From the outset, the E-type’s design made it stand out from every other car on the market. The long curved front bonnet takes up almost half of the car’s body, its curved front and aerodynamic length making it seem like a design from the far future, fitting for its time with the space race and surrounding increase in interest of all things science fiction. The central double exhaust was another unique feature helping the E-Type become an original that still hangs onto its uniqueness.

The car was designed by Malcolm Sayer, who came from a background of aeronautical and aerodynamic design. Having worked in the aircraft industry during and after World War II, Sayer joined Jaguar Cars in 1951. His skill with mathematics and aerodynamic design quickly made him stand out, with race cars he designed winning at Le Mans five times throughout the fifties. When it came to the E-Type, he applied the same principles he used on aircraft to create the distinctive sleek curves that make up the car’s front section. Considering he created this without the use of computer aided design, it truly is a marvel of engineering.

The E-type was one of just six cars to enter the Museum of Modern Art in New York. The key to Sayer’s success wasn’t just the aesthetics he brought to the company - it was the thinking behind the design.

Sayer hated being described as a stylist, seeing it as demeaning. Every design was created geometrically, mathematics behind every curve, every deviation in the bodywork. When they tested the car, Sayer would attach cotton wool to see how the air flowing over the bonnet was affected. This attention to detail has helped the car transcend the fifteen years production time into the classic it is today.

Why Has the E-Type Become So Iconic? 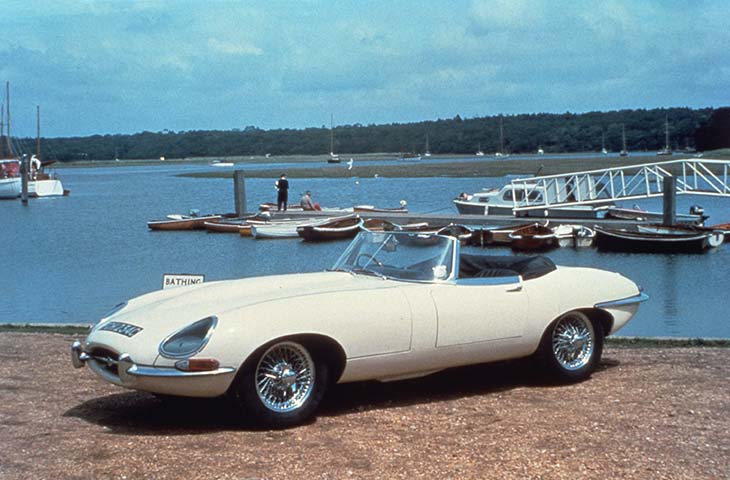 The Sixties heralded the start of a change in car design. The focus on practicality and conservative design aesthetics started to give way to more stylish, fashionable cars.

The unique look of the E-Type cannot be underestimated. Enzo Ferrari was particularly taken with the car, describing it as “the most beautiful car ever made”. For someone so aesthetically focused as Enzo to call it the most beautiful car he had ever seen conveys just how special this car was when it first appeared, and there really hasn’t been anything to truly rival it since.

With just 3,600 E-Types left on the road, they are becoming increasingly rare which has led the value of the E-Type to soar. Back in the sixties, an E-Type could be purchased for around £2,200 (the equivalent to £38,000 today). Currently, they are averaging over £120,000, with rusty and barn-find models still selling for huge amounts of money and are becoming increasingly rare as the prices continue to rise. 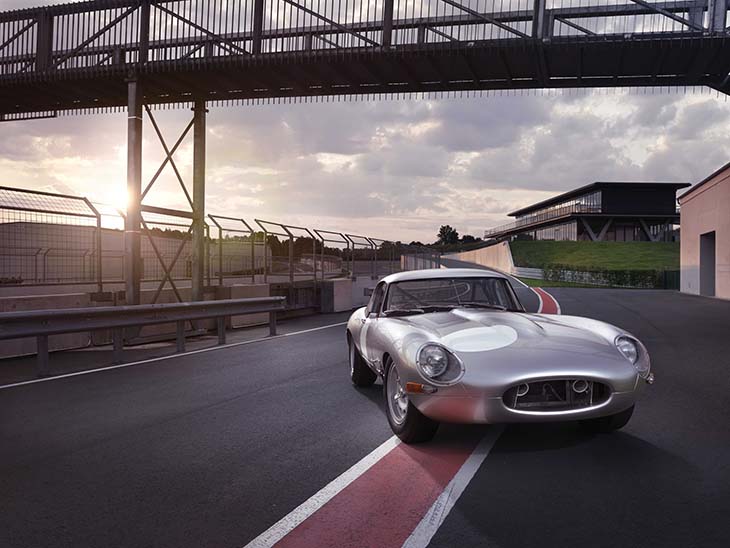 The E-Type was resurrected in 2014, when Jaguar produced a lightweight version of the original. Jaguar insisted on using the original construction process to build the car, which meant building each car by hand to ensure the modern-day version was as close as possible to the original. 18 lightweight models were scheduled for production, however only twelve of the models were produced. But in 2017 Jaguar announced plans to fulfil the original 18 car agreement and built the remaining 6 cars using the same meticulous process. 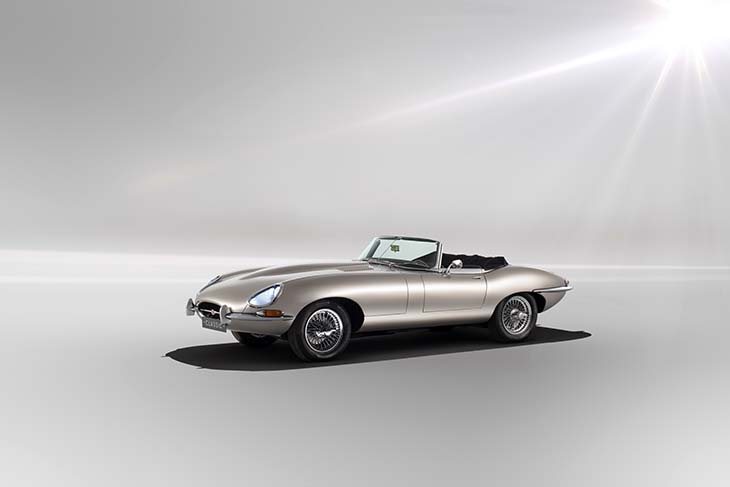 Such was the success of the lightweight E-Type, that in 2017 Jaguar announced plans to take the E-Type to the next level, with the launch of the E-Type Zero. With this car, Jaguar hoped to combine the classic, iconic look and build of the original E-Type model with modern technologies, including the use of Jaguar I-PACE components, to create an all-electric, zero emission E-Type. This eco-friendly E-type is scheduled for its first release in 2020, and for those privileged enough to own an E-Type already, Jaguar have announced that EV conversions will also be available.