Why Concept Cars Are Going Nowhere

Why Concept Cars Are Going Nowhere

Another year of international car shows spells another round of scantily-clad girls stripping the covers away to reveal motoring’s gorgeous, pouting future.

Festooned in swathes of dry ice and heralded by pumping muzak, auto makers spend millions each year on these forward-looking statements. 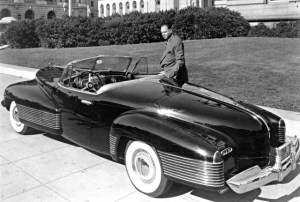 The Buick Y-Job, the first ever concept car.

But while there are concept cars that indicate serious intent and direction, the show halls are also a dumping ground for empty statements – clever ideas that promise breakthroughs in green technology, performance and practicality yet more often than not, ideas destined to remain as static as the models on show. In the absence of real cars actually scheduled to sell, concept cars make great space fillers – proof that the design department is doing something for its swish studios and fat pay cheques.

Rewind to 1940 and the model acclaimed as the world’s first concept, the Buick Y-Job, was a case in point. It looked revolutionary, but was an ego statement built to enable Harley Earl, Buick’s design boss, to drive around Detroit in something shocking. Fast forward to perhaps the most futuristic concept ever conceived and the theme of empty promises is equally evident: students at Coventry University conjured up Concept 2096 for the Birmingham car show of 1996. The idea was so abstract it might well have been a Turner Prize exhibit: driver-less, windowless and wheel-free, it bore more resemblance to a chrysalis than any car.

Clearly visions of our automotive future need to be logical. So which concepts are you likely to bump into on 2013’s show circuit that tick that box?

Not Peugeot’s Onyx, for sure. This copper-bodied creation with a papier-maché cabin makes a loud design statement but there’s more viability in a big bag of blue-sky thinking.

Also looking like the doodle of a demented auto anorak, Kia’s Cross GT will be doing the rounds. Korean makers are masters of mad motoring promises, and Kia’s press statement sets the twaddle radar on full alert: “Inspired by nature, driven by technology, the Cross GT hints at the future of Kia’s design language in the form of a premium Crossover Utility Vehicle.” Oh yeah.

By now you’re probably getting your own sense of where not to waste time at 2013’s show stands. Bear in mind, after all, that if a car maker has a genius idea for future production, the last place it’s going to exhibit it is in a hall packed with rival designers and engineers.