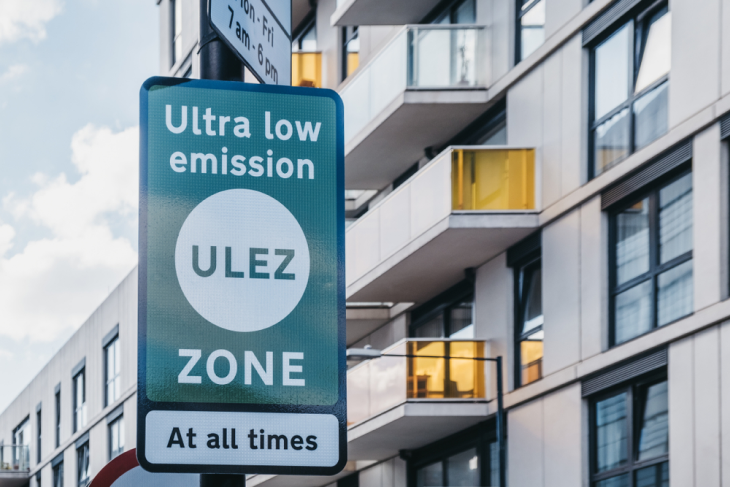 Will all major UK cities have emission zones?

Will all major UK cities have emission zones?

Climate change and global warming are two of the biggest items on the news agenda. It seems awareness of how we use and treat our environment has never been higher, with the younger generations seeming to have a much higher level of consciousness on the way the planet is going. Spearheaded by Greta Thunberg, the recent increase in climate activism has not gone unnoticed.

The question is, how will governments react? With carbon and emission targets being set, international pressure to reach those targets has put the accelerator on those more easily attainable policies and regulations. One of the policies mentioned most regularly are emission zones in cities. Just what are they, how will they work, and how could they affect you?

What are emission zones?

Emission zones are areas of cities and towns where certain types of vehicles are prohibited from entering. These tend to be cars and commercial vehicles with diesel engines, especially vans and lorries that have heavy-duty engines designed to help power their load-bearing capabilities.

Older cars can also be affected, as the diesel engines from the past are nowhere near as efficient as the ones today, and that’s despite the emissions scandal that engulfed Volkswagen and several other manufacturers a few years ago.

These emission zones can also restrict the amount of traffic that is allowed inside. There have been creative approaches to this, including alternating between odd and even numbered registration plates in a city on certain days.

How is it enforced?

Most towns and cities are covered in cameras now, especially road traffic cams. Unless you know some convoluted route through the back streets, the chances are you have been caught on camera while driving through any urban area. Automatic number plate recognition means it’s easier than ever to work out the type of vehicle entering into restricted zones.

The lower the emissions, the less pollution there will be in the air. For those living in these urban areas, that means cleaner air and less damage being done to your lungs, simply for living and breathing in the area around your home. Recent studies have examined the effect that emissions, diesel emissions especially, have on the long term health of people’s lungs. It doesn’t make for reassuring reading, with an increase in respiratory diseases being linked to pollutants in the air. By prohibiting the worst offending vehicles, the damage should be reduced.

It also encourages people to buy more fuel efficient and greener cars. The electric car has seen a massive increase in quality, demand and availability over the last decade or so. Even cars with normal petrol and diesel engines have seen a push to improve their engine quality. This increases the number of vehicles on the road with better engines, meaning less pollution, better air quality and an overall lowering of carbon emissions from the nation’s roads.

Those at a biggest disadvantage are tradesmen and delivery drivers who rely on their van but perhaps don’t have the money or resources available to upgrade to something that fits the emission zone requirements. While there should be plenty of notice given to the UK public about when emission zones will come into effect, it will still have an impact on those who rely on a commercial vehicle for their business.

Classic car drivers are another demographic who could be affected, as their older vehicles have seen their very nature go against their ability to be used on the roads in towns and cities.

The low emission zone was first introduced in 2008 and further enhanced in April 2019 by the Mayor of London Sadiq Khan. The emission standards in this zone covering central London are some of the strictest in the country, with Transport for London having to introduce new greener buses to operate in this area. You may still be able to enter the areas with a ‘dirtier’ vehicle if you pay the surcharge put in place, but doing this on a daily basis is an expensive option.

Outside of London, there are low emission zones in Brighton, Oxford, Norwich, Nottingham, Glasgow and Leeds. However, these emission zones are only targeted at local buses for now, as they tend to be the most frequent polluters. This should give you an idea of where these emission areas could be implemented.

So will the UK introduce low emission zones?

The public opinion on greener living and technology has certainly changed to be more in favour. But if that affects your day-to-day living, then people will always choose convenience over hindrance. They will be all in favour for low emission zones providing it doesn’t disrupt their daily commute too much.

Having healthier, cleaner city centres seems like a no brainer. But for now, the UK Government will look at alternative ways to encourage drivers to switch to greener cars and vehicles, without using laws and low emission zones to put them in place.

This could all change. The global COVID-19 pandemic has shown the world what life is like when the roads are quieter and people can move around, ride their bikes, and live their lives without worrying too much about traffic. It could be that this lasts a lot longer than the pandemic itself.

If you’re ready to switch to a car that’s better for the planet, then why not have Creditplus find you a fantastic car finance deal to go with your green car. Apply online today and find out just how easy it is to get a great car at a fantastic price.