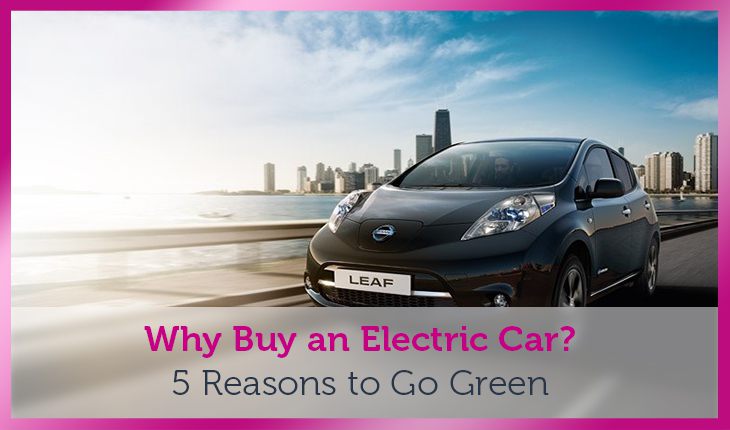 Five Reasons Why You Should Choose an Electric Car

Five Reasons Why You Should Choose an Electric Car

When it comes to electric cars, perception has changed. Where once they were the laughing stock of the motor industry, a novelty only suitable for the most ardent of eco warriors, developments in technology and a change in attitude to green thinking has seen electric cars become more and more viable, both socially and commercially.

Even so, you may still hesitate before going for an electric car. But, when you look at the pros and cons of these greener wheels, the pros column is getting more and more full. Here are five reasons why you should buy an electric car.

You may have missed the recent announcement in the news that petrol and diesel cars will no longer be allowed on the roads in 2040. The announcement was a response to difficulties the UK government has had in hitting air quality targets. Pollution levels have been rising and rising, with some areas being measured recorded as having exceeded the recommended limit in just six months.

Air quality is a big problem. Health issues exacerbated or caused by pollution, such as asthma and bronchitis, are estimated to cause the UK economy over £2.7 billion in lost productivity over the year. That’s not factoring in the estimated 40,000 premature deaths caused by pollution each year.

But doesn’t that give us 23 years before the ban comes into place? Well, the response to the announcement from health groups was that it doesn’t go far enough. Air quality is poor now, so why not take stronger action?

This is especially the case with diesel emissions, and not just because of the Volkswagen scandal. With many commercial vehicles already banned from city centres, the expectation is that this could soon expand to more and more diesel engines. Talk of scrappage schemes for diesel cars and higher tax rates will mean that anyone choosing a diesel car will soon lose the potential financial benefits once associated with this type of engine.

With diesel heading towards retirement, petrol engines will surely follow close behind. Volvo recently announced that it will only produce electric or hybrid vehicles from 2019 and more manufacturers are set to follow suit.

The ban on diesel and petrol cars is still a while away, so the government are looking at ways to incentivise consumers to buy electric now. But these incentives won’t be around forever, especially as electric cars become the norm.

All electric cars and hybrids bought from dealers are currently eligible for a grant from the government. This grant will be deducted directly from the forecourt, so you don’t have to apply for anything or complete any lengthy pieces of paperwork.

Electric cars that are eligible for a grant are divided into six categories, based on their CO2 emissions. The ones with the highest amount of grant available not only have low emissions, they can also travel the furthest distance without having any emissions at all. These are primarily the all-electric models, such as the Tesla Model S, and the top of the range hybrids such as the BMW i3. The grant on these cars can pay for 35% of the purchase price – a massive discount. Other grants range from £2,500 to £1,500.

This grant has been extended to the end of 2017, but the government doesn’t like to give money away forever. A reason to invest now if you’ve been considering an electric car.

3 - Save money on fuel, tax, and running costs

Buy an electric car and you don’t have to pay for petrol. Simple.

Well of course, the biggest appeal of buying an electric car is the running costs. A study by the US Environmental Protection Agency revealed that to travel 100 miles, an electric car is 75% cheaper than a conventional combustion engine. And that’s with the US’s ultra low prices. Fuel prices are higher in the UK and often in a state of flux, so who knows when the next crisis may come along that could affect the cost at the pump.

But it’s not just fuel costs that you can save money on. Car tax is another area where you can make a lot of savings, especially as the government looks at increasing the rate for older technologies.

With an electric car, you don’t need to worry about filling up. Most electric cars are fitted with smart technology to let you know the exact range of your vehicle, so with careful planning, you don’t have to worry about running out of juice. And if you are concerned about range, a hybrid will give you the best of both worlds and still save you money on fuel and road tax.

4 - More and more charging points are being built

One of the big early problems with electric cars was the lack of charging points. This left you very limited in the distances you can travel, with the constant fear of running out of power and being stranded. You also couldn’t carry a spare battery with you, meaning that you were forced to call out a tow truck or knock on a door and ask for an extension cable!

Slowly, more and more charging points have been appearing over the country. Where once they were confined to city centres, you can now spot them in supermarket car parks and motorway service stations. BP have announced plans to have charging points on their forecourts, London is set to double its number by 2018 and hotels across the country are also installing them in their car parks.

While you still need to plan your journeys, and trips into the countryside may prove difficult for fully electric vehicles, the number of charging points is only going to increase. The government have several schemes and grants in place to incentivise the growth and the announcement of the diesel and petrol ban will only add to the investment in electric car infrastructure.

5 - Technology has never been better

A big reason behind the push towards electric cars in recent years is that the technology has become viable. The work put in by Nissan into their hybrid vehicles and Tesla’s mould-breaking fully electric cars (that are no different to normal cars), it all means that an electric car is a real option for almost all types of driver.

Hybrids too have come a long way. There was a time when the thought of Jeremy Clarkson sitting behind the wheel of a part petrol, part electric car and giving it a rave review was almost unthinkable. But the beautiful BMW i8 not only made electric cars viable – it made them desirable too.

Car companies are not ones to ignore industry trends, and all are working hard to perfect their hybrid technology. Most popular models now come with a part-electric engine choice, so you can have the advantages of tried and tested cars and the benefits of an electric engine.

Top five electric and hybrid cars on the market 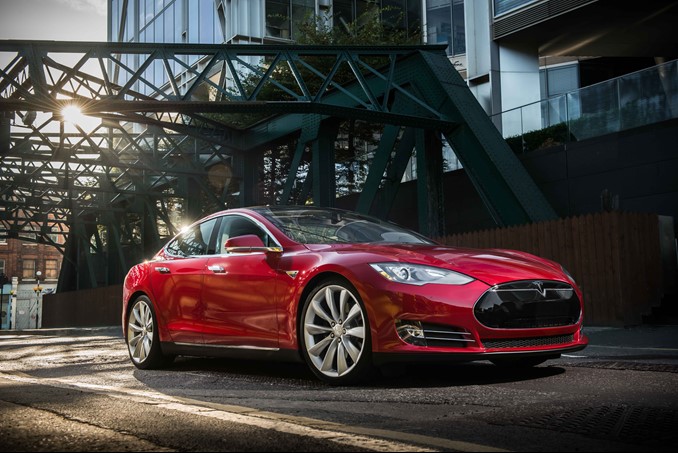 The car that really began changing attitudes to electric vehicles in the US has finally made its way to the UK. With a range that seems impossible in an electric car, a fantastic drive that has the power and feel of a normal car, and a comfortable ride that matches the best in class executive cars, there’s little wonder the Model S is becoming so popular. 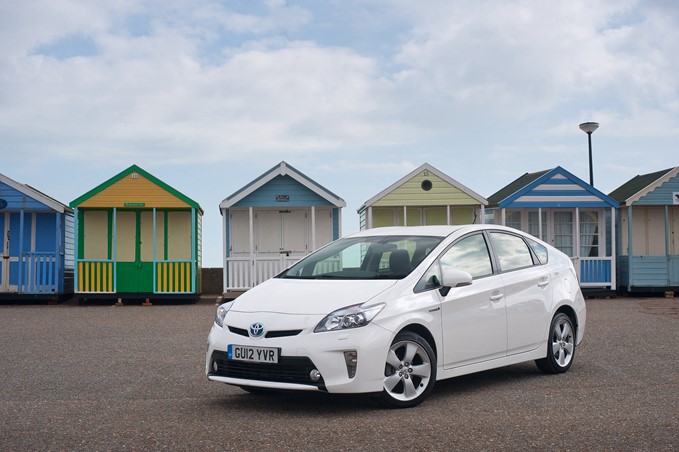 The hybrid that most people laughed at is now one of the most popular cars on the market, it’s eco credentials well earned by its pioneering approach to hybrid technology. Even as a hybrid, it’s cheap to run, comes with a five-year manufacturer’s warranty, and has a reliable build that won’t let you down. 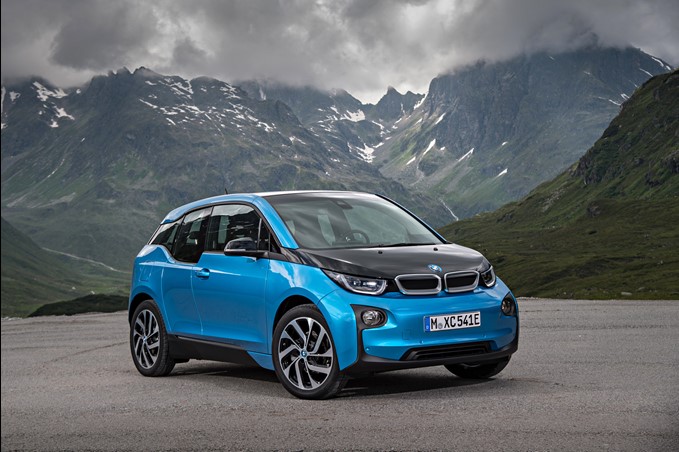 While the i8 grabs all the headlines, the BMW i3 has made a name for itself as one of the best hybrid electrics on the market. It’s interior comes with excellent ergonomic design – what you expect from a German car maker.

With one of the best running costs on the market, the Nissan Leaf has that futuristic quality once associated with electric cars. The motor is smooth; you don’t feel like you’re trying to force power out of it. It’s also very spacious, making it a great upgrade from a regular supermini. 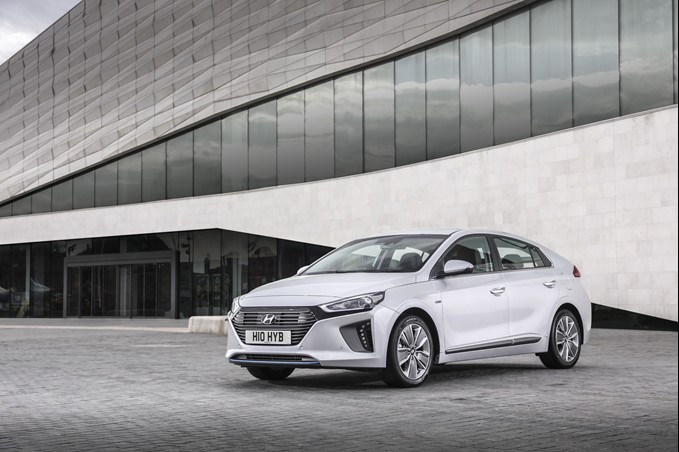 The Hyundai Ioniq is Hyundai’s first attempt at a fully-electric family car, and it excels on all counts. It comes with a lot of extra kit, even at its most basic level, and its price won’t leave you too much out of pocket. It also looks like a normal smart saloon – something that is important for those worried about making a smart impression.

Ready to buy an electric car?

If you’re ready to buy an electric car, Creditplus can help you find the perfect car finance package, so you can spread the cost of your new vehicle across affordable monthly payments. Our ethical lending service is highly rated by customers, and provides you with a no-obligation instant online decision on your lending options.  Search for your perfect electric car in our car search engine, then complete our simple, 2-minute application form and your dedicated Customer Advisor will soon be in touch to get you behind the wheel of your new electric or hybrid car.