BMW i8 – The future of hybrid cars?

BMW i8 – The future of hybrid cars?

The race to build a car that combines the performance and efficiency of a regular engine with the environmentally friendliness of an electric engine is becoming more competitive. The latest big contender is the BMW i8. First available on sale in June 2014, the car has become so popular, the limited nature of its release has meant used cars are selling for more than brand new models. What makes the BMW i8 so special?

History of the i8 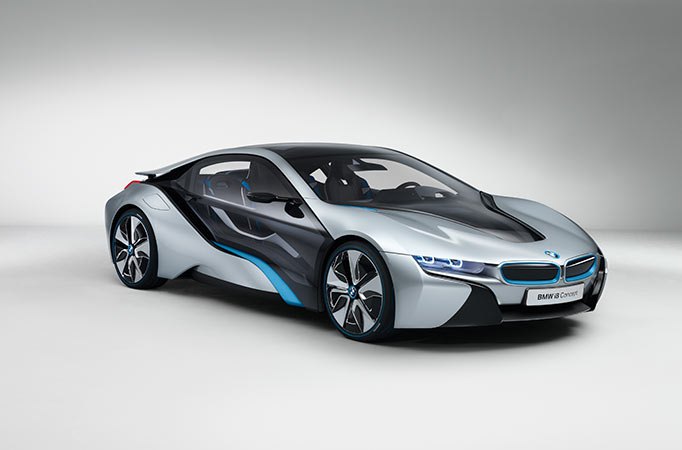 The BMW i8, also known as the BMW Concept Vision Efficient Dynamics, is the second model to be released under the “i” brand. Separate from BMW and Mini, the “i” brand previously saw the release of the i3, their first fully electric city car. The i8 was first showcased at the Frankfurt Motor Show back in 2009 as a turbodiesel concept car. The success of its appearance at the show led to BMW announcing that the newly named i8 would go into full production. 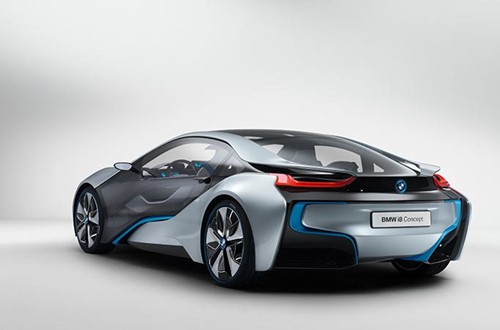 Four concepts were built in the run up to the production model. After the initial model displayed in 2009, the second prototype was the BMW i8 Concept built in 2011. Further refinement took place with the production of the BMW i8 Concept Spyder in 2012. The final concept was the BMW i8 Coupe Prototype, further refining the aims to make a sleek sports car with a hybrid engine. The final prototype came with an MPG of 113, producing carbon emissions of less than 59 g/km. Its carbon-fiber reinforced plastic frame provided strength whilst reducing weight. The BMW i8 was ready to go. 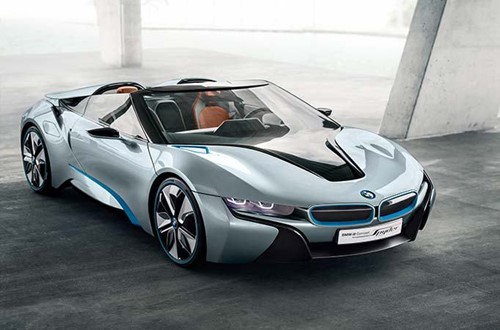 The production model comes with highly impressive specs for a hybrid car. Weighing in at just 1,485kg, the lightweight supercar hybrid has a top speed of 155mph, 0-60mph in 4.4 seconds. Mid-range acceleration is also impressive, going from 50 to 75mph in 2.5 seconds. On electric engine alone, the top speed is 75mph. Fitted with 4 wheel drive, the front wheels are powered by a 2 speed automatic electric motor, rear wheels by a 6 speed automatic hybrid diesel engine. BMW proudly boast an 134mpg for the on the road model. Reports from customers state that this is more than just a little bit exaggerated. Three driving modes combine performance with energy saving and recharge abilities, including Comfort mode that allows you to drive with less drain on the battery, and Sport mode that gives the car more kick whilst also recharging the battery.

Hybrid cars have an image problem. Electric and eco-friendly cars are still seen as being somewhat geeky, chosen by smug part time green warriors than anyone with an interest in cars. The BMW i8 is different. It looks absolutely stunning, a far cry from the bulky shape of the Toyota Prius and lightyears away from the Renault Twizy. The design and curves give the i8 a futuristic look, like it has driven off the screen from a science fiction film. It just screams that this is the future, and if cars of the future are going to look like this, then we are in for a real treat. 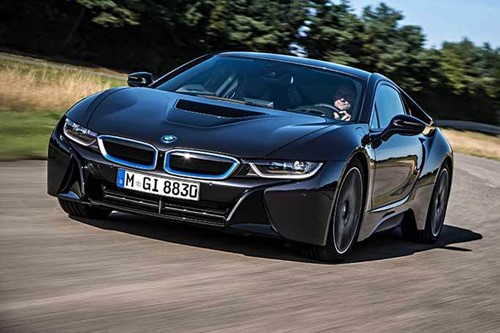 Designed by Richard Kim, who also designed the exterior of the i3, the i8 was built from scratch. The new engine technology allows space to be saved inside the car, you no longer need to make room for a large normal engine. The strength of the carbon-fiber reinforced plastic body has allowed more experimentation with the shape, no more central columns to obstruct you. The long wheelbase and strong silhouette give the car a striking profile, it looks like it is desperate to move, filled with potential energy that is waiting to be unleashed.

The i8 truly is a game changer when it comes to hybrid cars.

The BMW i8 has had a boom in popularity. Each car has to be ordered in advance, with the current waiting list at two years. Demand for the car is so high, used cars are selling more than brand new models. Retailing at £99,845, some used cars with mileage under 250 are selling for £139,995, a 40% markup. A recent appearance on Top Gear has further stimulated interest in the i8. 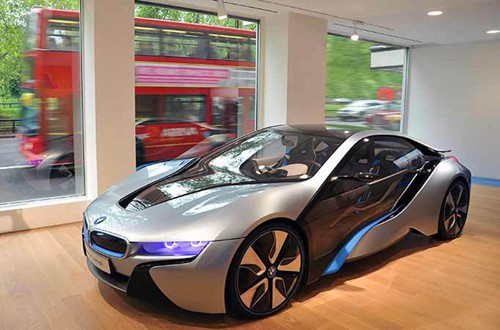 With charging points becoming more and more common across the UK, and the government offering incentives to buyers (purchasers of the BMW i8 can receive a £5,000 incentive from the government) hybrid cars are going to become more and more common. The distinctive styling of the i8 shows that hybrid cars can be as exciting as those with traditional engines. Image and performance are often where green technology pales to traditional models. The i8 has now become the exception to the rule. Will it eventually lead to a complete change in attitude to hybrid cars? Lets hope so.

“Imagine having all the best bits of a sports car – the performance, the handling and the style – with the kind of running costs you’d normally associate with a Ford Focus. That’s what BMW aims to deliver with its petrol-electric plug-in hybrid i8. OK, it’s not cheap to buy, but by combining a small yet powerful petrol engine with an electric motor and large battery pack, BMW has been able to build a sports car that could potentially cost a tiny amount to run.”
– Chris Knapman, Telegraph Cars

“Despite the car’s huge complexity, you drive it in the same way you drive any other one. That is a colossal achievement. It does not feel like a normal vehicle. though. It weighs about 1½ tons but it feels lighter than a feather. It feels spookily light. It feels — and I have spent several minutes thinking about this — magnificent.”
– Jeremy Clarkson, The Sunday Times Driving

“The BMW i8 offers jaw-dropping styling layered above a groundbreaking petrol/electric plug-in hybrid powertrain but its implications and potential impact go well beyond that. It would be no to exaggeration if BMW were to claim that the i8 is one of the most crucial new cars of the last decade. BMW’s electric car sets the sector benchmark for fuel efficiency with performance to match and in years to come we might look back at the BMW i8 as the car that saved the supercar.”
– Auto Express Review

“Like the DeLorean DMC-12 that earned immortality as a Hollywood car-porn star, BMW’s i8 is likely to achieve design-icon status. Regrettably, it’s too low volume (fewer than 500 will be made per year) and arguably too expensive to wreak havoc in the traditional sports-car ranks. No, its playground is elsewhere. Remember that, globally, the number of city centers shunning CO2 emitters is rising. That means BMW i8 owners will enjoy exclusive access to at least a few areas denied to ordinary sports cars.”
– CarandDriver review

“Effectively explaining the i8 in a few words can be a challenge. For lack of a better description, it’s BMW’s exclamation point: an unapologetic, outrageous supercar that looks unlike anything else the auto industry has ever made. In that regard it echoes unmistakable BMW icons like the 507 and M1, but the i8 is more than just a unique car — it’s an over-the-top expression of BMW’s vision for the future of the automobile.”
– The Verge review.

Car myths – lies you might believe when driving your car

Battle of the mid-price executive cars

Diesel vs Max vs Bond – Which is the best film for petrolheads coming out this year?