Here at Creditplus we love a good car show, so we couldn’t resist covering Autosport International, which took place in Birmingham last weekend.

Autosport International certainly draws the crowds, hosting F1 cars next to small car company’s new concepts, it’s a favourite with true car buffs. Combine this with the live action arena, offering some truly impressive sights and sounds, and its clear that it has something that other car shows don’t. 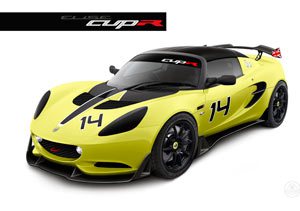 The place to start is of course on the reveals. Autosport international is historically the show of choice for small car companies to showcase their new concepts and releases. Reveals from the likes of Zenos, Radical and Twisted all went down well, as well as Lotus unveiling the new Elise S Cup R.

The Lotus Elise S Cup R is priced at £52,838, and boasts a 217bhp, 1.8 litre engine. Lotus’ Robert Manwaring said that he expected the car to be more popular abroad than in the UK, mentioning some huge opportunities in Asia.

Zenos showed off the new E10, the first of three cars in their new range, priced from £24,995. Former Caterham CEO Ansar Ali, who now runs Zenos, admitted that the car was finished and ready less than 24 hours before its debut at the show – but thankfully, it was presented in its full glory to the press and public.

Alongside these reveals, the likes of McLaren, Ferrari and Jaguar showcased some of their best and brightest cars, both new and classic, but the attention was still well and truly turned on the small manufacturers. 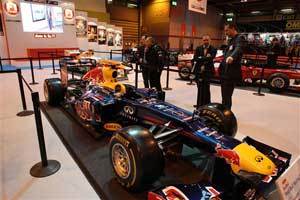 As the name of the show suggests, one of primary aims is to showcase the world of autosport. Widely considered the pinnacle of motorsport, the Formula One teams were out in force, with every team represented, including world leader Sebastian Vettel’s 2013 car. They were joined by the cream of the crop from WRC, MotoGP and more.

The Bloodhound SSC, set to smash the world record for the fastest car in the world also made an appearance. With an incredible estimated top speed of 1050mph, reached in 55 seconds, it is a ridiculously fast piece of machinery, and an absolute marvel. It even drew crowds to the live action arena, just to listen to its engine. 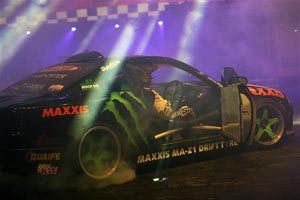 One of the most exciting features of Autosport International this year was the live action arena, which featured stunts from the likes of Terry Grant, world record holder for the most donuts completed in 10 seconds, as well as drifting demonstrations from Japspeed, and lots more.

Headlining the VIP list was motorsport legend John Surtees, the only person to ever win world titles on both two and four wheels. Surtees bought a selection of his legendary cars and bikes with him to the show for fans to wonder at.

Overall, the weekend proved to be a success, praised by both the public and press, despite some missing some highly anticipated entrants – notably the Sin R1, which turned up unfinished, with only the exterior to give fans a taster of the road-ready car.

Following immediately on from Autosport International is the Detroit Auto Show, which takes place this week, and is arguably one of the most important Motor Shows in the industry calendar. To take a look at last year’s event at Detroit, check out our blog post. We’ll be updating with details from Detroit very soon, so watch this space!