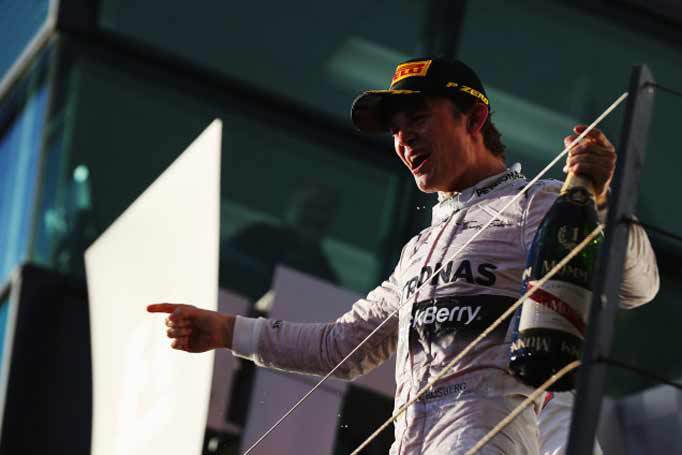 The Driving and Drama at Australian GP

The Driving and Drama at Australian GP

Sunday was the first game of the F1 season in 2014, and the race certainly did not disappoint. All the cars have brand new engines, a 1.6-litre V6 turbo, assisted by two Energy Recovery Systems (ERS). As well as this, the cars have undergone something of a facelift as a result of new rules surrounding safety and adaptation to the new power unit. Most significant of all are the noses, which have been the talk of F1 fans everywhere – to find out exactly what I mean, best check it out for yourself here: The F1 2014 cars get a nose job.

So what do the new rule changes mean for F1?

Well, the new power unit (a 1.6-litre V6 turbo engine with two Energy Recovery Systems) has significantly less power than last year’s 2.4-litre naturally aspirated V8 engine – around 150bhp less, to be precise. Last years power unit kicked out 750bhp, with 80bhp available for about 6 seconds per lap produced by the KERS system. This year however, you’re looking at 600bhp with 160bhp available from the ERS systems for about 33 seconds per lap.

As you might expect, this means that teams are going to have to change their strategy significantly in 2014 in order to get the best out of the ERS system. Unlike 2013, where the driver would have had to push a button to activate the KERS system, this year the ERS delivers power automatically when the driver steps on the throttle. Whilst this can be worked into strategy very easily, it also means that any failure of the ERS system could seriously debilitate a cars performance, rendering the driver incapable of maintaining a competitive pace.

The new fuel rule (which has already implicated Infiniti Red Bull Racing – more about that later) means that teams are limited to a fuel flow rate of 100kg per hour. This limitation means that teams who have built more efficient systems will be less reliant on their ERS, and potentially stand at an advantage as a result.

The new power units produce significantly more torque than in previous years, meaning that drivers will have to work on their throttle control in order to get the best out of their cars, especially at the starting line, where many drivers have noted a troublesome wheel spin.

As for changes in appearance, the cars have had something of a facelift. The front wing has been narrowed, the chassis and nose height dropped (hence those hideous appendages on the front of this year’s cars) and the side pools have been widened to accommodate the increased cooling regulations for the 1.6-litre V6 engine. At the rear, there is a single exhaust tail pipe and a smaller rear wing flap, but the DRS opening has been increased from 50 to 70mm. This makes for a drastically different looking car, and a design challenge for the teams. We’ve already talked about the noses, but thankfully, by the looks of the early crash at the Melbourne GP, it seems to be keeping things safe, even if Jenson Button’s McLaren did lose the tip of it’s nose in the pitstop.

If you didn’t watch it, you missed a good race. Winner Nico Rosberg raced well, proving that the Mercedes engine has got the power aspect all figured out, but it was Mclaren who topped the constructors championship thanks to drivers Magnussen and Button finishing in 3rd and 4th respectively. Despite Infiniti Red Bull’s poor performance in testing, newcomer to the team Daniel Riccardo claimed second place in his home country, the first Australian to do so in years. However, his elation was short-lived after he was disqualified from the race, thus losing his position, thanks to the FIA claiming that the fuel flow rate consistently exceeded the 100kg/h limit. Infiniti Red Bull have already hit back, claiming that the FIA’s fuel flow rate sensor was unreliable, and intend to appeal the decision.

Lewis Hamilton and Sebastian Vettel both made early exits from the race due to engine troubles – Hamilton later attributed the issue to a mis-firing cylinder, though the issue with Vettel’s car, which seemingly had very little power, has yet to be discussed.

Just seconds from the start of the race, Kamui Kobayashi (Caterham) and Felipe Massa (Williams) were involved in a crash that saw both cars enter the run off zone and leave the race. Kobayashi was summoned to the stewards, but an investigation detailed that it was a fault with the car (no rear brakes) that had caused him to crash into the back of his opponent, thus rendering them both incapable.

The star of the show though has surely got to go to Valtteri Bottas, still something of a rookie, who finished 6th even after an incident that saw one of his back tyres disintegrate, meaning he had to travel on three wheels back around the circuit to the box. Amazingly, the pit-stop crew managed to rectify the situation and fit a new tyre, sending Bottas back on his way. His position severely damaged, he still managed to work his way back up to a very respectable 6th, finishing just behind Ferrari’s Fernando Alonso and ahead of Force India’s Nico Hulkenberg.

The overriding comment from the race though relates to the new noise from the 1.6-litre V6 engines. Aptly compared to the noise at Moto GP, the cars are so quiet compared to previous years that fans can now hear the wheels squeaking and the conversation on the team radios perfectly. Personally, I think it makes for a more well-rounded viewing experience, but as expected, there are those who are lamenting the demise of the throaty V8 noise which set the hairs on the back of your neck up. Whatever your opinion though, it’s here stay, so best get used to it.

For loads of high quality pictures of the event, visit Jalopnik’s F1 Australian Grand Prix in Pictures or The Official Formula One Gallery.