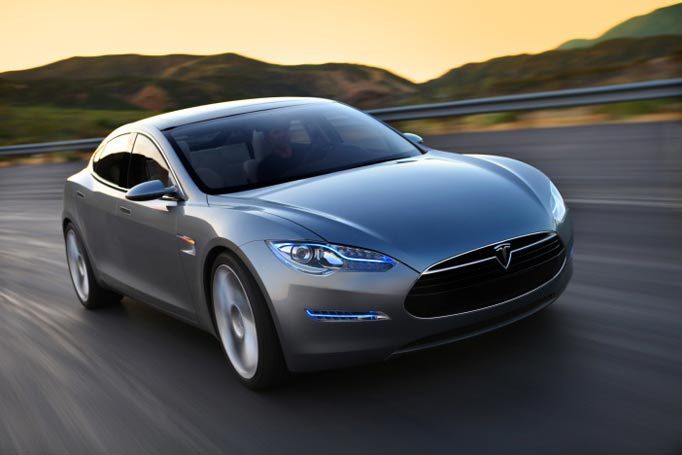 Rumours that motoring giants General Motors are looking into buying electric car start-up Tesla are circling the automotive industry at the moment.

With the appointment new CEO Mary Barra, GM will be looking to rejoin the top ranks of automotive manufacturers, alongside the likes of Toyota and Volkswagen, who currently dominate the market.

Tesla, despite recently being the centre of controversy surrounding the safety of the Model S following a number of engine fires, is one of the most exciting automotive start ups in the world, and has caught the attention of the entire automotive industry. Its debut car, the Tesla Roadster, was an electric version of the Lotus Elise, built at the Lotus factory in Norfolk. This car has been overshadowed by Tesla’s latest creation, the Model S, which has proven to be popular, and considered a fair alternative to the BMW 5-Series and Mercedes E-Class.

What makes Tesla so attractive comes from a combination of great branding – the company is widely considered the leading figure in electric car innovation – and cars that put their rivals to shame. Reviewers couldn’t praise the Model S more highly, claiming to get as much as 250 miles from a charge, costing only £4.50 for the whole charge. The Aston Martin Rapide which Autocar pitted the Tesla Model S against comparatively cost £120 to travel the same distance.

The take over rumours may be a little far-fetched though. The behaviour of GM towards its partnerships and acquisitions in recent years would suggest that they are actually looking to downsize on that front, and not buy into new companies. For example, in recent years GM has either sold or closed as many as five of its brands, and is in the process of retreating from its deal with PSA Peugeot Citroen and withdrawing the Chevrolet brand from European markets.

In addition to this, any takeover would require some tricky negotiation due to Tesla’s current partnerships with Daimler (owners of Mercedes-Benz) and market leaders Toyota. In addition to this, with a market capitalisation of $18 million, any Tesla business manoeuvre would be a seriously risky business.

There’s no telling yet what will happen – but one thing is clear – the electric car market is coming of age, and Tesla is bound to be the centre of attention in coming years.

Looking to get ahead of the game, and wanting to buy yourself a Tesla? You could get car finance with Creditplus today, from as little as 5.9% Representative APR, dependant on your circumstances.