It’s official – everybody’s over smartphones. The tiny (and not-so-tiny) slabs of metal, glass and silicon have been the battleground of the technology behemoths for at least a few years, so naturally these companies are starting to look at other markets to make a bit of extra cash. What’s the latest battleground? Cars, of course.

Not exactly a new market in the way smartphones and tablet computers are – or the way smart watches are looking to be in the near future – as technology has progressed, more car manufacturers have wanted to implement all the new swanky tech into their vehicles to attract younger, more tech-savvy customers. Where once we were happy with FM radios and tape-decks, we now look for Bluetooth connectivity, USB and SD card readers – but we’re not done yet.

With the advent of touch-screen infotainment systems in cars, it’s become increasingly possible to bring a connected experience to our dashboards. Microsoft has been contributing to the automotive space for a while with their SYNC software utilised by Ford, and there are now cars on the market which directly integrate Apple’s Siri digital assistant software. Apple are looking to take this integration further with their iOS In The Car program, meaning drivers of compatible cars can use Apple’s Maps and other software through syncing their iPhones.

Though Google have shown interest in the automotive sector (with their ongoing research into self-driving cars), they have so far been fairly quiet in regards to in-car infotainment systems – until now. 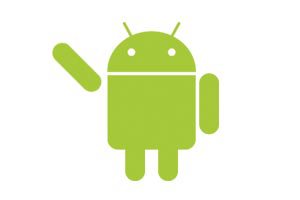 Android is slowly taking over all aspects of consumer technology.

At the annual Consumer Electronics Show in Las Vegas this week, Google have announced a partnership with a group of car manufacturers and technology partners including GM, Audi and Nvidia to form the “Open Automotive Alliance“. According to a press release, “The OAA is aimed at accelerating auto innovation with an approach that offers openness, customization and scale, key tenets that have already made Android a familiar part of millions of people’s lives.”

Interestingly, Honda have also signed up to the OAA, even though they were announced to be supporting iOS In The Car at Apple’s event last year. Could it be that this would lead to further fragmentation in the market? Android is an open, developer-friendly system, and it has obvious advantages over proprietary systems currently used by auto manufacturers, but it begs the question of “Is all of this necessary, or will it further add to the distraction of drivers?”

The answer to that question isn’t clear, and it’s plain to see that both the technology and automotive industries see this as a new frontier – one which they’re investing in heavily in. There are still manufacturers looking at developing their new systems. Chevrolet, for example, have announced at CES that they’re developing their own system and application store for use in their cars, alongside built-in LTE 4G connectivity. This is another hint that their parent company GM – one of the members of the OAA – still hasn’t made up their mind on what’s the best direction to take. Maybe they should open up their maps app to find the best route!

What do you think? Do you welcome Android in your dashboard? Do you think it’ll only further distract drivers who should be keeping their eyes on the road? Is this just another ploy for the search giant in their bid for world domination? Let us know in the comments!