Should Hamilton crash into Rosberg on purpose?

Should Hamilton crash into Rosberg on purpose?

Sunday. Abu Dhabi. The end of one of the most exciting Formula One seasons in recent history. Hamilton vs Rosberg. Britain vs Germany. Decided in the desert. With double points on offer, the race is destined to be a nail biting affair. Two drivers at the top of their game. Racing for the title. However…there is another option.

Lewis Hamilton leads the driver standings with 334 points. Rosberg is in second place, just 17 points behind. Both are determined to win, fired up by the intense team rivalry that has only grown more intense over the season. Going into the race, the pressure is on Hamilton. He knows the title is within his grasp, a second place finish will guarantee victory. But over the season, Hamilton has been forced to retire three times this season. Mechanical problems have often haunted Hamilton. What if something goes wrong in Abu Dhabi?

Of course, there is another way to win. Something Rosberg will know a great deal about, having idolised Schumacher in his youth. In fact he tried the same tactic earlier this season. Hamilton could crash into Rosberg, send them both out the race and secure victory. Of course he wouldn’t do it on purpose. But if they were competing on the track, trying to overtake each other, accidents happen. And why would Hamilton want to risk losing the title? Hasn’t Rosberg already established the rules of the game when he crashed into Hamilton back in Belgium?

Sportsmanship vs Will To Win

One thing all race drivers is an incredible, almost desperate, desire to win. Pushing their bodies to the limit every weekend at incredible speeds, there has to be something other than adrenaline that pushes these drivers to risk their lives. The money doesn’t hurt, but its the thrill of the win that drives them most. Crossing the finish line first, standing atop the podium with the national anthem playing. It’s every driver’s dream. Win at all costs.

On the other hand, there is that sense of sportsmanship. Winning the title fair and square. And what better way to win a title than to beat your teammate in a near identical car, removing the variables caused when racing against rival teams. There won’t be many opportunities to prove one’s driving skill like this. Hamilton has quite clearly been a talented driver, somewhat held back over the last few years by inferior cars. Now he finally has the car to match his skills and sits atop of the standings with one race to go.

Two conflicting parts of the same person. The ying and yang. The will to win, and the will to showcase that you are the best driver. Hamilton has won ten out of eighteen races this season. Surely one indiscretion at the end of the season would be forgotten?

Hamilton wouldn’t be the first to force a crash to win a championship. Possible greatest Formula One driver of all time Michael Schumacher crashed into a title rival on two occasions with different results. 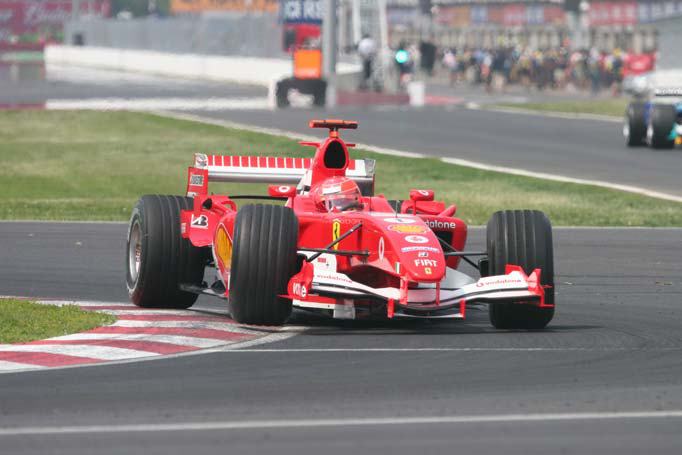 Schumacher in his Ferrari.

Back in 1994, the Australian Grand Prix in Adelaide hosted the final race of the season. Schumacher and Damon Hill were separated by one point at the top of the standings. The German was leading the race up until lap 36 when he lost control and collided with a wall. Attempting to get back on track, Hill saw his opportunity and pushed hard to overtake his rival. Seeing this, Schumacher drove his car across the front of his rival, causing irreparable damage to his car, and forcing Hill to retire several laps later.

The other drivers were furious with the action, blaming Schumacher for doing it on purpose. However, the racing stewards labelled it a racing incident and took no further action, handing Schumacher his first title.

Things changed in 1997. Once again the title came down to the final race of the season, this time the Spanish Grand Prix in Jerez, Spain. Schumacher was racing against Jacques Villeneuve, one point ahead of his title rival with 78 points. Before the race, perhaps with Adelaide ’94 in mind, Max Mosley the head of the FIA at the time issued a warning that anyone trying to unfairly influence the outcome of the championship would be punished.

Schumacher was leading the race heading into lap 48 but Villeneuve was closing fast. Halfway round the track, Villeneuve saw an opening and tried to pass his German rival. It looked like an excellent manoeuvre but Schumacher turned across, colliding with Villeneuve. Schumacher’s car was out of action, Villeneuve limped on. Slower than before, he struggled to keep ahead of his rivals, finishing in 3rd place, handing him the title.

After the race, officials determined the collision between Schumacher and Villenueve to be a racing incident, a decision perhaps enhanced by the fact that Schumacher’s move failed. This time he wouldn’t get away with it and at a hearing, Schumacher was stripped of his second place and disqualified from the 1997 World Championship. Despite this, he still kept his race victories and was allowed to continue as normal for the following season.

The will to win was also on show back in 1990 at the Japanese Grand Prix in Suzuka. This time the late great Ayrton Senna was top of the championship, with Alain Prost his closest rival. After qualifying, Senna sat on pole position with Prost in second. Before the race started, Senna began his mind games, unhappy with the track position of pole and requesting it to be trained. He felt that the second place on the grid had the cleaner side of the track, and would therefore have more grip. His request was rejected but the gamesmanship had begun. Senna had started on pole in Japan twice before, winning both races. This time, the pressure was on. 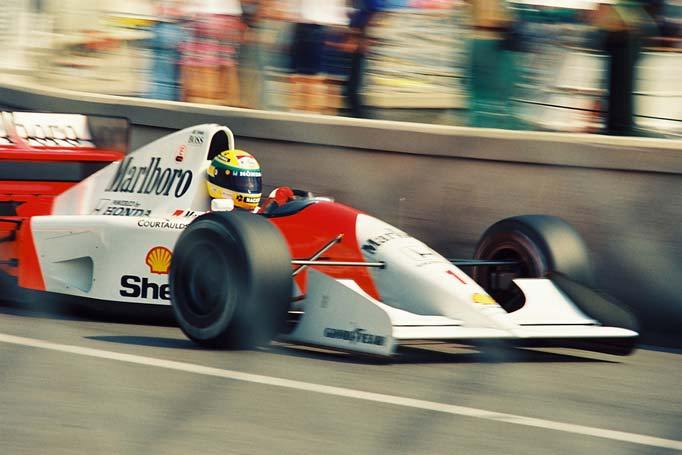 Senna in his Mclaren.

The race started and Prost had the advantage going into the first corner. Senna had warned that he wouldn’t let his lead slip and pushed aggressively, resulting in contact that sent them both out the race.

There was no fallout from the race, and they eventually reconciled for Prost’s last Formula One race. Even so, the collision is seen as both an example of Senna’s incredible will to win, and a black mark on his otherwise fantastic reputation.

The chances of it happening again are slim. It doesn’t seem to be in Hamilton’s character. Besides, he has proven himself time and time again to be one of the greatest race drivers of all time. Even beating the British record for number of race wins. And who can forget the dramatic conclusion to the 2008 season where Hamilton won the championship at the last race of the season. If he wants to be remembered for his driving, then he has to win fair and square.

And yet, when the race starts, who knows what could happen? Who knows if Mercedes will be so dominant next season, especially after the rather limp challenge from Red Bull and Ferrari signing Vettel as their main driver. At the end of the day, Hamilton and Rosberg are two drivers with a desperate will to win. One way or another, it will be decided on Sunday.

Also this weekend, the second race in the Formula E debut season. Find out more about the new sport over at our beginner’s guide.

Formula One cars are close to the pinnacle of human engineering. But what happens when engineers look to the animal kingdom for inspiration? Find out at our “Made by man, designed by nature” article.

Looking for some racing thrills from the comfort of your sofa? Then check out our rundown of the best racing games released this year.