Highlights from the 2014 Geneva Motor Show

Highlights from the 2014 Geneva Motor Show

You may not know, but Geneva Motor Show is one of the biggest events on the automotive calendar. It’s happening this week, and there have been some pretty amazing cars announced already. Read on to see the top 5 highlights of this year’s show. 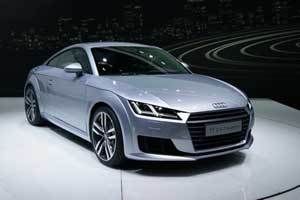 After being teased with some images earlier in the year, Audi have finally shown off their new TT Coupe. If you were to see it from behind, it’s almost exactly the same as the previous generation (some might say it’s somewhat iconic), but up-front it’s much meaner, with all-new LED headlights and sharp lines abound.

The German manufacturer has managed to shave off 90KG from the weight of the new machine, which is always good to see. This means that the lowest-end engine – a 180HP diesel model – will hit 0-62mph in 7.2 seconds. Not incredible, but for an oil-burner it’s pretty quick! Any performance-hungry buyers will undoubtedly go for the petrol models, though, and why not? The top-spec TTS model packs a TFSI engine which hits the 0-62MPH sprint in 4.7 seconds. Not bad! 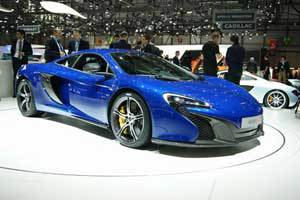 McLaren has had a great few years, all things considered. Their new hypercar – the P1 – has sold out, and is getting rave reviews across the board. On the lower-end (whilst still being pretty damned high-end) is the 12C, formerly known as the MP4-12C but got its name changed by deed-poll and has been selling well since. What’s next?

At this year’s Geneva show, the British company showed off a new car based mostly on the 12C’s platform and technology called the 650s. Available in both coupé and spider variants, McLaren claim that 25% of this car is all-new shiny stuff. Given that the other 75% is from a pretty stellar supercar, that’s no bad thing.

With the new design, the company claims downforce has been increased by 24%, and combined with a 3.8-litre V8 engine kicking out 641HP you’ll be guaranteed some damned-good bang for your buck. How much buck is that? Well, the coupé is priced at £195,000, and if you want to remove the roof? That’ll set you back £215,000.

I still want one. 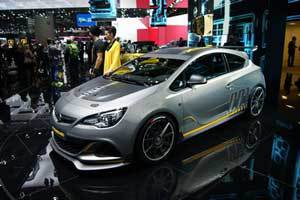 As reported last week by my fellow blogger Sam Chilcott, Vauxhall (or Opel, depending on where you live) have announced their Astra VXR Extreme, and it’s.. well.. pretty extreme, really. Not really my cup of tea, but it seems to tick all of the right boxes for a hot hatchback.

Under the hood you’ve got a 2-litre, 296-horsepower petrol engine. Not enough? How about suspension, brakes and seats taken straight from a track car, and a weight reduced by 100KG from the standard VXR? 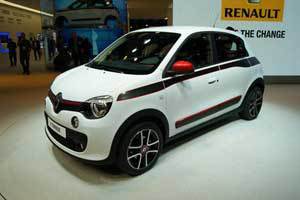 It’s OK, guys, we can all calm down now. The VXR has gone, and now we can talk about a nice little family car. Renault’s Twingo doesn’t get as much press as the bigger cars like the Clio or the Megane, but it’s still a great little motor, and the same can be said about the 2014 model shown off at Geneva.

Slightly shorter overall, the new car actually has more room inside than its predecessor, due to a longer wheelbase. Adding to this, the car has 50/50 folding rear seats and also the front passenger seat folds forwards to give a surprising amount of space for storage for those lonely trips to IKEA for a dinner table at which to eat your meal for one. If you do have friends, it’s super easy to get in-and-out of the car due to having 5 doors. The handles for the rear doors are concealed nicely in the windowframes, giving the car a much slicker look!

Available in a couple of different petrol engine sizes – one naturally-aspirated, one Turbocharged – the Twingo will have a max power of 90BHP, which honestly isn’t awesome, but for the intended use of city-driving, it’s more than adequate. Expect to see a few of these on the roads sometime later in the year. 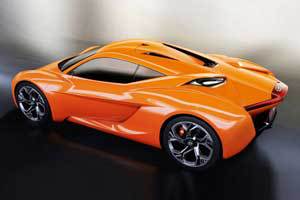 And now it’s time for one of the crazy concepts so often shown off at motor shows without any real intention of turning it into production, just “because they can”. Hyundai have come a long way in the last few years, and have now established themselves as a force to be reckoned with. With the PassoCorto, they’ve now shown that they can apply their hand to any kind of car, this time aiming their designers at the Alfa Romeo 4C.

Technically, it was the Istituto Europeo di Design (IED) based in Turin who designed it based on a brief from the Korean manufacturer, but let’s not get hung-up on technicalities and instead just look at it. Just. Look.

Yes, it’s kind of nuts, but the lines work beautifully to create a more aggressive alternative to Alfa’s latest number.

So what do you think? What cars introduced in Geneva are your highlights? Let us know in the comments!