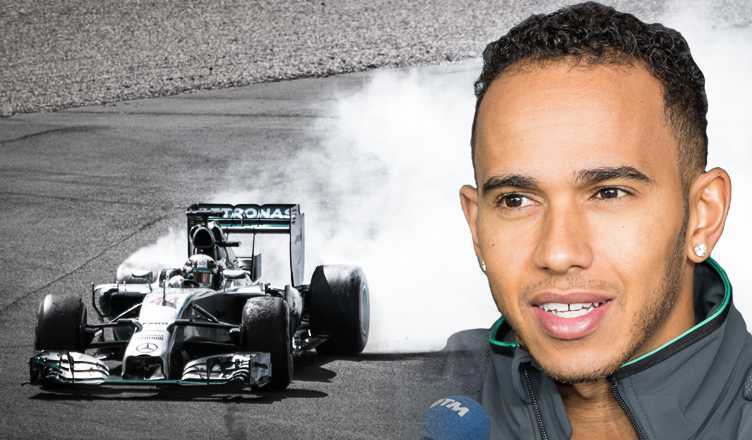 Lewis Hamilton | The greatest F1 driver of all time?

Lewis Hamilton | The greatest F1 driver of all time?

Not even a hurricane can stop Lewis Hamilton. A chaotic US Grand Prix ended with one of the least surprising results in modern sport – Hamilton on top of the podium. Ever since Hamilton won in Australia, the 2015 F1 Championship looked like a foregone conclusion. His two closest rival Rosberg and Vettel just couldn’t keep up. The question now is not if Hamilton is one of the great F1 drivers, that’s now beyond doubt. The question is, can he become the greatest of all time?

Hamilton’s has long hoped to emualte the success of his racing idol, Ayrton Senna. Winning his third championship title over the weekend put him level with the iconic Brazilian on three F1 championship titles. When it comes to numbers, Hamilton has already surpassed his idol. Hamilton’s 43 wins to Senna’s 41. 84 podium finishes to Senna’s 80. 1,803 career points from 164 races, compared to Senna’s 610 from 162 races. When it comes to stats and figures, Hamilton is already above Senna. Of course, we don’t know just how successful Senna could have become had he not so tragically died on the track, something acknowledged by Hamilton himself. Even so, Senna is still seen as being a class above all other drivers. Can Hamilton ever take his place?

There are certainly similarities in their driving style. Hamilton himself says on his website “People say I have an aggressive style and sometimes I don’t think that is all just me. I think it’s partly because I watched Ayrton Senna when I was young and I thought: ‘This is how I want to drive when I get the opportunity.’ And I went out there and tried it on the kart track. And my whole approach the racing has developed from there.”But these are two undeniably great drivers racing in drastically different time periods and types of cars. Senna failed to finish 63 times out of his 161 races, whereas Hamilton has only DNF 22 times. Whether this is car reliabiltiy or aggression, comparisons between the two are unfair and can never truly be decided.

The one thing that can’t be compared is how they are perceived. Senna has always had an almost mythical quality, a legend on the track whose life was cut short leaving lots of questions unanswered. Out of all the characters to have graced the sport, none loom larger than Senna. He represents the ideal to F1 fans and sports fans in general – to transcend the sport that he had mastered. The film “Senna” demonstrates this masterfully.

Hamilton's third title puts him joint fifth on the all time list. He shares the spot with Senna, Jack Brabham, Niki Lauda, Nelson Piquet and Jackie Stewart, the British champion who Hamilton looks likely to surpass to become the most successful British driver of all time. In joint third, Alain Prost and Sebastian Vettel share the position with four titles each. Ferrari's development this season will surely mean Vettel will be competing with Hamilton in 2016. Second place on the list is the great Juan Manuel Fangio with five titles. And on top, the other contender for the greatest F1 driver of all time with seven championship titles - Michael Schumacher. The only clear rival to Senna's claim to the title of greatest ever, Schumacher was a machine when he was at his peak, winning five titles in a row.

When it comes to race victories, Schumacher is again miles ahead of the opposition. The German champion won a total of 91 races during his career, forty more than his closest rival Alain Prost, who sits in second with 51 victories. Lewis Hamilton is in third with 43, one ahead of his closest rival Vettel, who has 42. With three races left to go this season, it's not unthinkable that Hamilton could add another three victories to his score, and could easily surpass Prost's total next season if Mercedes continues its domination.

But the numbers game will always be dominated by Schumacher. His mastery of the sport was so strong, the FIA changed the rules to try and level the playing field. Even when Vettel won four consecutive titles, he still had to compete and couldn't win the same number of races as Schumacher did during his reign. Hamilton would have to keep up his form for another four or five seasons to come close to matching the great German.

Senna and Schumacher - both recognised as being the greatest of all time. One is known for his passion and personality, the other for his ruthless efficiency on the track. Can Hamilton replace either of these at the pinnacle at the sport?

Formula One has been blessed with a number of truly fantastic drivers over the year. Prost, Stewart, Lauda, Hunt, Hill, Brabham, Fangio, Piquet, Clark, Alonso, Vettel. The list of names is long and I'm sure there will be complaints that I didn't mention a specific driver in this list. F1 is a sport where the cream rises to the top. Yes the cars are an important factor, just see how Alonso has struggled this season in the sub-par Mercedes or how Vettel is denigrated for his superior car during his winning streak. The best drivers have always had the best cars. But to take away the skill, bravery and sheer desire that the greatest F1 drivers have is to ignore the very essence of the sport - first past the flag wins.

Hamilton is driving the best car in the sport at the moment. Mercedes are more dominant than Red Bull were during their peak period. But Hamilton has always been competitive, no matter what car he is driving. In a poor McLaren, he was still winning races against the Red Bull and Ferrari cars. In every race he gives his all, always pushing to go farther, overtaking bravely, battling against faster cars to fight for his place, there is no driver racing today that excites like Hamilton. You can see in every race that he is desperate, absolutely desperate, to win.

But perhaps F1 fans don't want him to be the greatest. Hamilton can come across as arrogant in his interviews, and there is nothing worse for many people than someone who is arrogant who can back up their words with performance. You also cannot deny that Hamilton is a rarity in F1 - he's black. You just have to think back to those shocking images of the Spanish race fans wearing blackface and holding signs saying "Hamilton's Family". Lewis Hamilton doesn't look like your standard F1 driver, nevermind one of the most successful of all time. Could that hold him back from being recognised as the greatest of all time?

We made this Top 10 video before the 2015 season started. Now clearly we need to make space for Hamilton. But at what position? And who should he replace?

Sportsmanship in racing - the mark of a champion

Formula One - Why are there so many successful racing families?