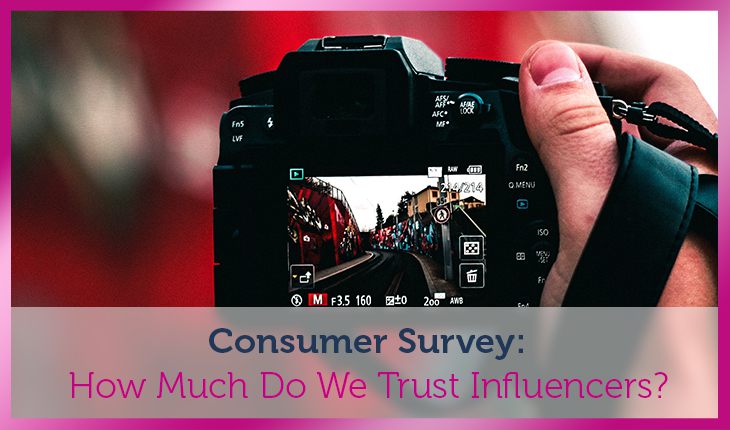 How Much Do We Really Trust Online Influencers?

How Much Do We Really Trust Online Influencers?

In 2016, a joint study carried out by Twitter and analytics firm Annalect revealed that the opinions of social media influencers (the likes of Zoella, Fleur de Force or Tanya Burr, for example) now hold as much weight as those of our friends. In fact, around 40% of people surveyed said they’d purchased an item online after seeing it used by an influencer on social media.

So, what's the appeal of online influencers?

People like Zoella started their YouTube careers filming unpolished reviews of products from their bedrooms. They continued to build their ‘brands’ as relatable, ‘big sister’ types, with videos either filmed chatting straight into the camera in front of a cosy background of pillows and fairy lights, or vlogs which let the viewer follow them around on a typical day.

For some reason, watching Zoella (real name Zoe Sugg) walk around Waitrose doing her weekly shop, makes engaging content – perhaps because you really do get the feeling you’re wandering around with a mate, chatting and having a giggle.

What makes influencers so, well, influential?

A 2016 Huffington Post article sought to explore the reasons why famous bloggers are now widely regarded as more powerful than celebrities. The writer, Sophie Bianchi, summarised the key reasons vloggers have so much influence, and suggested that the following factors contribute to their success:

Trustworthiness – Bianchi is of the belief that vloggers, though often paid by brands, still offer trustworthy, honest opinions. Given that they must disclose any sponsored content, viewers can be assured of a certain level of openness and transparency.

Of course, brands have cottoned on to the vast clout these vloggers have with their viewers, and this has landed many influencers with lucrative sponsorship deals. This raised the issue of transparency, with some influencers failing to disclose sponsored content. ASA regulations require all sponsored content to be marked with an #ad hashtag, or include a disclaimer. If a creator is making any money talking about a product, they must clearly disclose it.

As the big YouTubers’ earnings soared, their lifestyles became more and more lavish. Gone were the grainy videos of teenagers reviewing high-street make up in their bedrooms, as we started to see more and more luxury getaways, designer hauls and enviable house tours. The art of sharing online changed too; vlogs became polished and glossy with animated intros and jingles, and blogs boasted slick designs and photography worthy of the pages of Vogue. 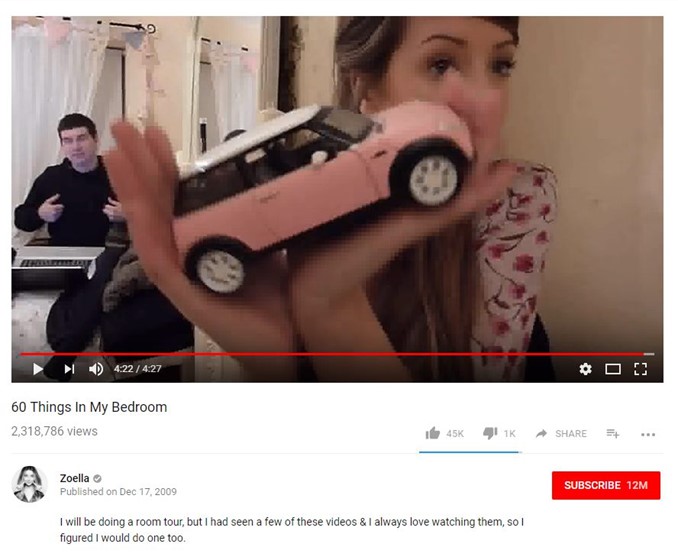 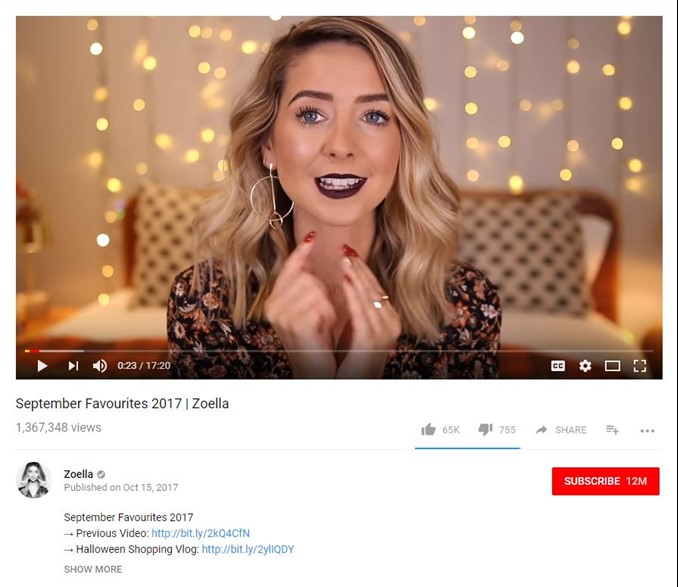 A screenshot of Zoella's first vlog (made in 2009), versus one made in 2017. Quite a difference in quality!

In recent years, the shift from hobby to lucrative business has been clear to see. It’s not more about having a ‘little corner of the internet’, but rather creating a brand. To compete in a saturated market of online influencers, creators must not only put out content of the highest quality, but be experts in SEO, marketing and social media.

Earlier this year, Zoella moved into a new home so spectacular it left many people gasping. Of course, we all know (and admire) how much money these online stars make, but it begs the question of whether they are still the same, relatable ‘internet best friends’ we originally subscribed to.

Every YouTuber worth their salt now releases books, merchandise, beauty products, fragrances and homeware. It seems there’s been a growing sense of disillusionment with ‘money-grabbing’ influencers. At best, they’re described as being ‘out of touch’ with their audiences; at worst, they are strongly criticised for ‘exploiting’ their young fans with expensive, poor quality merchandise.

But the question is, do we still trust them?

For some people, an insight into the enviable lives led by their favourite YouTubers, offers a form of escapism. They may still enjoy the content, even if they don’t have the spending power to emulate it themselves.

Others prefer to stick to smaller, more relatable online influencers if they want honest opinions and reviews. In fact, when surveyed by us, 69% of people said they trust smaller bloggers more. Is this because they find them more genuine?

It would seem so. A whopping 78% think when we watch YouTubers we’re seeing a carefully crafted public image, rather than the real them.

The requirement to disclose any sponsored content certainly makes the business of online influencers more transparent, but does it sometimes go the other way, putting people off buying the product? Many creators add a caveat to their disclaimer, usually along the lines of, ‘I was paid to write this, but the opinions are all my own and I wouldn’t ever work with a brand I don’t believe in’. Is this enough though?

Our results were close, but 56% of people said they were actually put off by sponsored content and that it makes reviews seem less genuine.

Interestingly, more people were likely to trust friends and family, as well as review sites like Trustpilot than the opinions of influencers. However, if the choice was between more traditional advertising (TV and advertorials) and influencers, influencers won out.

What does the future hold for online influencers?

It’s clear that consumers favour a personal touch over traditional advertising, so the question is where online influencers fall within that.

Bigger YouTubers like Zoella may be falling out of favour, but it’s important to remember that a huge 69% of people would still trust recommendations from smaller, less established influencers.

As the larger creators seem to be shifting their focus onto releasing their own products, perhaps we need to change how we view them. Maybe they’re no longer our internet best friends, but rather celebrities in their own rights. We can nose around their mansions, indulge in their lavish lifestyles and buy into their brands, but perhaps we shouldn’t look up to them as our virtual ‘big sisters’ any more. As consumers continue to place more and more importance on reviews sites like Trustpilot, it’s clear that when we make our buying decisions, we want advice from our peers.

Does this leave a gap for less established but more relatable content creators to fill? Watch this space…

We want to get to know you!

We're all about getting to know our customers, and we'll be continuing to explore consumer trends in order to help us better understand what makes you tick.

Check out our community page if you'd like to see more similar content, find out about the charities we're supporting, or even just get in touch with us on social media!