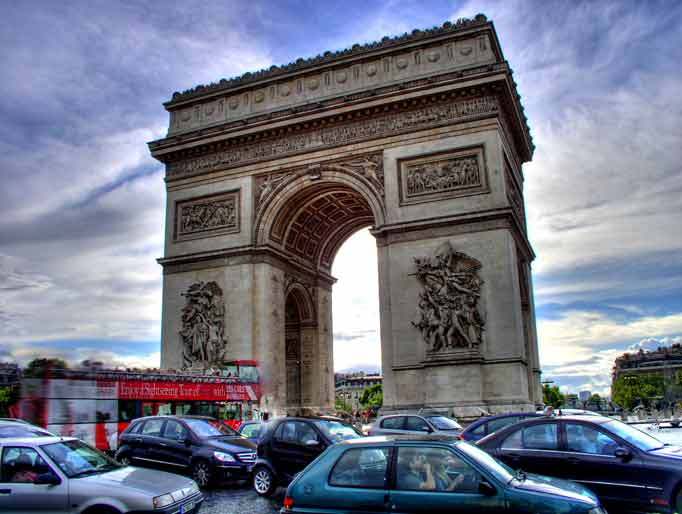 Paris – the city of romance, art and beauty. And apparently, of smog too. So much smog in fact, that the French government has taken a drastic step to reduce congestion in the city centre, and with it, the smog.

So what measures have they put in place? There are plenty of options available to them. Perhaps, like London, they could introduce congestion charge, try to improve public transport and introduce a green initiative? Or, do something more like the Dutch, and build special, separated bicycle lanes to encourage pedal power over engine power? Or perhaps make like the Americans, create special carpool lanes?

In actuality, the Parisians have opted for a congestion solution that was implemented in Bejjing during the 2008 Olympic games – road space rationing. So what exactly is road space rationing? It’s essentially a very simple concept, that in theory can slash the number of vehicles on the road by 50% – provided the Parisians stick to the rules. The way it works is to only allow cars with an even number on their license plate on the road one day, then only cars with an odd number on their license plate on the next day – and so on, and so on.

The new rule was introduced yesterday, but has been met with criticism from a number of citizens who have already spoken out about their intention to revolt against the rule.  Jean Sanglier, a warehouse worker, drives 8km everyday to get to work, from his home in Chelles (East Paris) to Neuilly-Plaisance. On a normal day it takes him 20 minutes to drive, but by public transport, around one and a half hours. Sanglier has added that if he is stopped and fined, it is his boss who will have to foot the bill.

Talking of fines, it is an €22 (£18) fine if you are caught driving your car on the wrong day. It’s not much of a deterrent, only £8 more than the daily congestion charge in London (£10.) It’s probably enough of a deterrent though to stop a number of motorists, leaving the wealthy with the minor annoyance of being pulled over to pay the small fine. Unless of course the wealthy just start buying two cars (Renaults of course) – one with an odd registration, the other with an even one.

So will it work? Well, yes, in theory. That relies upon the Parisian’s sticking to the rules – but lets not forget that the French have revolution in their blood – if they don’t like something, they won’t stick to it, and Betrand Delanoë (The Mayor of Paris) might just find his neck under the metaphorical guillotine.