News of Sony and Disney making a deal to have Spider-man join the Marvel Cinematic Universe lit up social media today, with fans excited that they will be seeing the neighborhood’s friendly web-slinger alongside Captain America, Iron Man and Thor. But will we be seeing Spider-man’s custom made car – the spider-mobile?

Why does Spider-man need a car?

First appearing in “Amazing Spider-man #130 (1974)”, the Spider-mobile was the product of Spider-man selling out. Desperately broke and needing money, the web-slinger signed a sponsorship deal with a car company Corona Motors. As part of the deal, the company would provide Spider-man with his very own car. 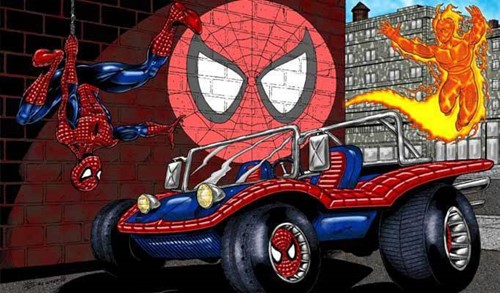 Designed by Spider-man (with a little help from The Human Torch), the car was a customised dune buggy complete with web launchers and a spider-signal. Able to drive up walls, the car eventually proved to be more trouble than it was worth. The Spider-mobile was dumped by Spider-man after it was damaged in an accident, not helped by the fact that the superhero didn’t have a driving licence. 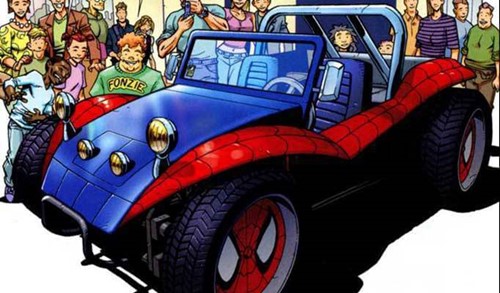 The car was then stolen by the villain Kingpin, modified and used against the Spider-man, before eventually being sent to the Smithsonian museum in Washington. Making sporadic appearances now and then, there has been little demand for the Spider-mobile to be reinstated full time. 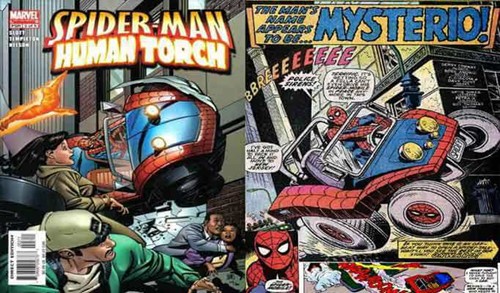 The chances of the Spider-mobile appearing on the silver screen are slim at best. Whilst advertising and marketing executives would love to have another piece of merchandise that they could sell to young fans, the Spider-mobile is a little too ridiculous for film. Unlike Batman’s iconic Batmobile, the Spider-mobile is a novelty, not an integral part of the character. So expect to see a hundred more origin stories before you see Spider-man behind the wheel of his very own, custom built, Spider-mobile.

Diesel vs Bond vs Spectre – Which film should petrolheads be most looking forward to in 2015?

Formula One Testing – All the news from Jerez

The best car ads from the superbowl